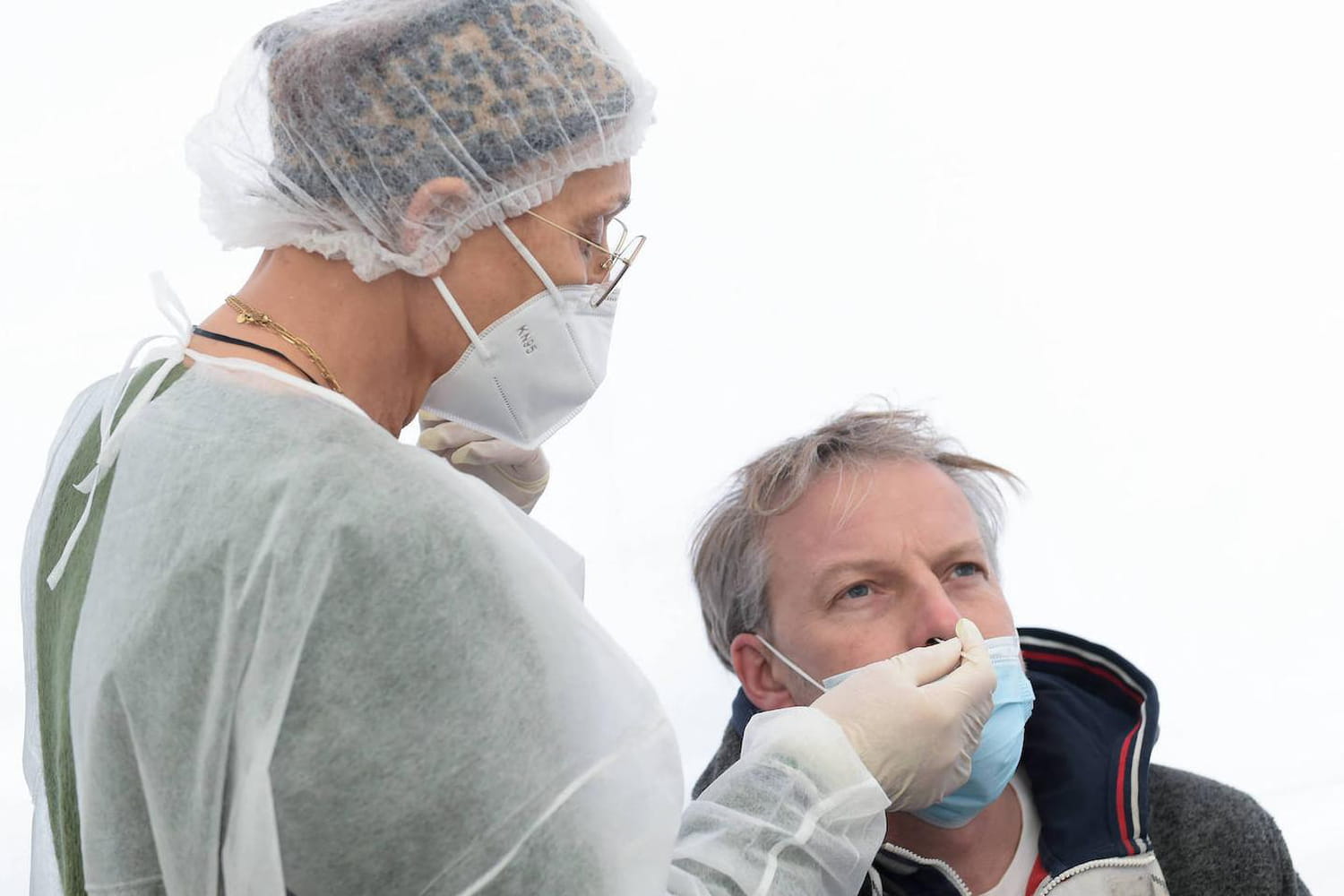 COVID. While Public Health France reports more than 305,000 new coronavirus contaminations in 24 hours this Thursday, the number of critical care patients is down slightly with nearly 4,000 people in intensive care (-76 on average over seven days) .

22:16 – The viral load peak of the Omicron variant would occur later than that of Delta

According to a study published by the Japanese Institute of Infectious Diseases, the viral load peak, that is to say the period when the patient is most contagious, would occur for the Omicron variant between three and six days after the first symptoms. New data that could have a significant impact on the isolation measures for people infected with Covid-19 if its results were confirmed. The viral load peak for the Delta variant is indeed very different: it occurs between two days before and two days after the onset of symptoms.

21:42 – Parliament authorizes the creation of a monitoring platform for the long Covid

Parliament definitively adopted, this Thursday, by a vote of the Senate, a UDI bill aimed at creating a monitoring platform to better take care of people suffering from long Covid. This phenomenon is characterized by the persistence of symptoms in a patient affected months after contracting Covid-19, including mild forms. The platform should allow improved care and global recognition of the disease.

21:15 – Relaxed measures for vaccinated travelers from the UK

People vaccinated against Covid-19 will be authorized from Friday January 14 to travel from the United Kingdom to France without having to present a compelling reason, and will no longer have to undergo a period of isolation of 48 hours, announced the French authorities this Thursday.

20:51 – More than 30.5 million French people have received their third dose

According to data from the Ministry of Health, 618,007 vaccine injections were carried out this Thursday in the country. Among them, 536,440 booster doses. Now, more than 30.5 million French people have received their third dose. In addition, 48,279 people received their first dose of vaccine. 79.3% of the total population has now received at least one dose.

The prefectural decree making the mask mandatory outside in Paris is suspended, according to the Paris court, this Thursday. After Versailles on Wednesday January 12, Paris is the second city to reverse this decision taken to fight against the spread of Covid-19.

20:26 – Prisons alert the government to “the exceptional epidemic recovery” of Covid-19

The Comptroller General of Places of Deprivation of Liberty (CGLPL) wrote this Thursday to the Ministry of Justice to alert it to “the need to quickly resort” to “prison regulation mechanisms” to relieve detainees and guards, affected by the duration of the restrictions linked to Covid-19. Faced with “the exceptional epidemic recovery”, the last point communicated by the government, on January 4, recorded 863 cases among nearly 70,000 detainees, and 1,029 among the staff (out of approximately 40,000).

19:55 – Slight drop in the number of critical care patients

The latest assessment of Covid-19 in France reports 305,322 new contaminations, Thursday January 13. The figures communicated by Public Health France therefore show that the number of new cases has again decreased since the day before (-56,397), but the average of daily cases over 7 days continues to increase and is approaching 300,000 new daily infections: 293,867 new patients, Thursday January 13 against 287,604 the day before. Also, the incidence rate has gone down. It is now 2,833 cases per 100,000 inhabitants after losing 3 points in 24 hours.

Nearly 12 million Covid-19 screening tests were carried out the week of January 3 to 9, according to figures published Thursday January 13 by the Ministry of Health. 11.96 million PCR and antigen tests were validated between January 3 and 9, compared to 8.31 million the week of New Year, indicated the DREES (Direction of Research, Studies, Evaluation and Statistics).

18:45 – A statement by Retailleau would have caused “an intolerable attack” on the functioning of Parliament

While the disagreement between deputies and senators is now “acted”, the president of the Law Commission of the National Assembly, Yaël Braun-Pivet (LREM) indicated that an “agreement in principle” on the text of the law on the vaccination pass had been obtained on Thursday. Only, a tweet before the end of the meeting of the president of senators LR Bruno Retailleau, evoking a “victory of common sense” of his people, caused “intolerable damage” to the functioning of Parliament, she said.

6:35 p.m. – Disagreement with senators on the vaccine pass

Christophe Castaner, the president of the deputies La République en Marche (LREM) announced the “disagreement with the senatorial majority” concerning the bill on the vaccine pass, this Thursday. “It was out of the question to vote for a text at a discount”, he added, while the parliamentarians were meeting in a joint committee to agree. The text will have to leave for a shuttle between Assembly and Senate for its final adoption.

According to the director of Health Insurance, Thomas Fatôme, the year “2021 will have been marked by an extremely high number of tests, with nearly 170 million” tests reimbursed by the organization, “for an overall cost around 6 .7 billion” euros, he said on Thursday. Finally, the Health Insurance indicates that the number of work stoppages is “almost stable” compared to last year.

According to the latest data from Public Health France, communicated on Thursday January 13, the seven-day average continues to increase and now exceeds 293,000 new cases. In the past 24 hours, 225 people have died of Covid-19 in hospital. The incidence rate has dropped in the past 24 hours and is now 2,833 new infections per 100,000 inhabitants, or 3 points less than the day before. Here is the detailed report:

According to last epidemiological point of Public Health France (SPF), published Thursday, January 6, France is facing an “extremely marked acceleration in the circulation of SARS-CoV-2 linked to the very rapid progression of the Omicron variant and increase in new hospitalizations”. On average, the incidence rate was 1,908 positive cases per 100,000 population nationwide.

Since mid-October 2020, Public Health France has been communicating incidence data (number of cases per 100,000 inhabitants) at the municipal level. The figures are at this stage communicated according to a scale (10, 20, 50, 150, 250, 500, 1000 cases per 100,000 inhabitants). The data are expressed on a rolling week, which means that they are calculated on a day D from the tests carried out between 3 and 9 days previously. To access information relating to the coronavirus in your town, enter its name in the search engine or click on its department in the map below.