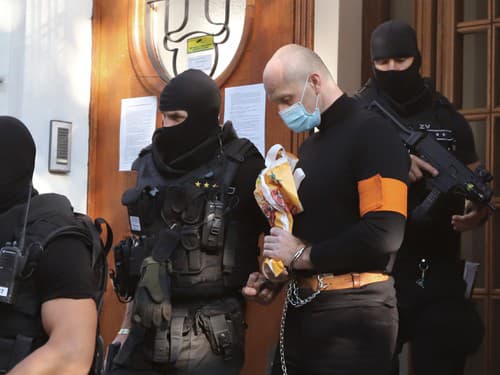 She explained that the decision of the Constitutional Court of the Slovak Republic expired the legal title to deprivation of personal liberty of Norbert Bödör, who “in accordance with the case law of the CC, it is not possible to rectify it by another court decision, which necessarily led to his release from custody”.

The allegations in the Cattle case relate to corruption in the Agricultural Paying Agency (PPA). In addition to Norbert Bödör, the group of people prosecuted for corruption and money laundering also includes former PPA chief Juraj Kožuch, former executive director of the agency Ľubomír Partika, financier Martin Kvietik, former director general of the rural development and direct payments section at the Ministry of Agriculture Marek Kodada and businessman Peter Cuba.

The trial in this case will begin at the Specialized Criminal Court (ŠTS), Banská Bystrica, on February 25, 2022. Norbert Bödöra also faces charges in the Judas and Purgatory cases.

Entrepreneur Norbert Bödör was detained by a National Criminal Agency (NAKA) investigator after he was released from custody on Thursday. Andrea Dobiášová from the Presidium of the Police Corps informed about it.

“At this point, we can confirm that NAKA investigator has detained Norbert Bödör accused in another criminal case. It is not yet possible to provide more information. “ said Dobiášová.

1 thought on “CURRENT Entrepreneur Norbert Bödör has been released from custody – Topky.sk”