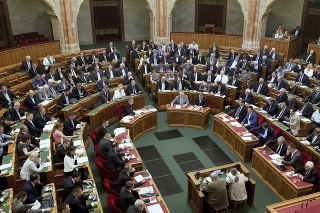 The Slovak Member of the European Parliament (EP) Michal Šimečka from Progressive Slovakia, who after joining the EU legislature in 2019 acquired the position of Vice-President in the Liberal Group Let’s Renew Europe (RE), has a historic chance to become Vice-President of the EP next week.

Šimečka stated this on Facebook on Thursday, stating that he was nominated for this position by his party colleagues from the Let’s Renew Europe faction. The change in the leading positions of the EP always takes place in the middle of the election period. The election of a new President will take place on Tuesday, January 18, and the Vice-Presidents and Quaestors will also be elected.

At a later stage, there will also be some changes in the positions of committee chairs, taking into account the latest movements in the political factions (departure and arrival of new members) and the political balance between them.

“If I get the support of the plenary in Strasbourg next week, I would become the first Slovak in this position in history. I very much appreciate the expression of trust from the third largest faction in the European Parliament, in which I am in charge of the rule of law and democracy, security and foreign policy, “said Šimečka.

In this context, he recalled that the post of Vice-President of the EP had more responsibility and influence over the running of the whole institution. It also means co-chairing plenary sessions and formally representing the EP externally. “I am convinced that I am fully prepared for these new tasks. I have a great team and the support of colleagues in Brussels and Slovakia.”

The Slovak Liberals, together with the People’s Party (EPP), thus became the largest national delegation, skipping the three-member Socialist and Democrat (S&D) group. “Vladimír Maňka (January 2017 – June 2019) and Monika Beňová (July 2019 – January 2022), both Smer-SD and S&D, who were quaestors and thus members of the wider EP presidency, had the highest position in the EP structures so far.” 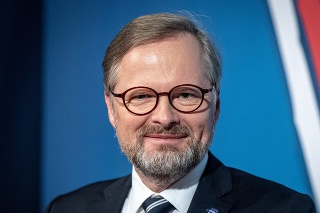 1 thought on “A historic moment for our country: The Slovak Vice-President has the chance to win the seat of a Slovak! – NEW TIME”