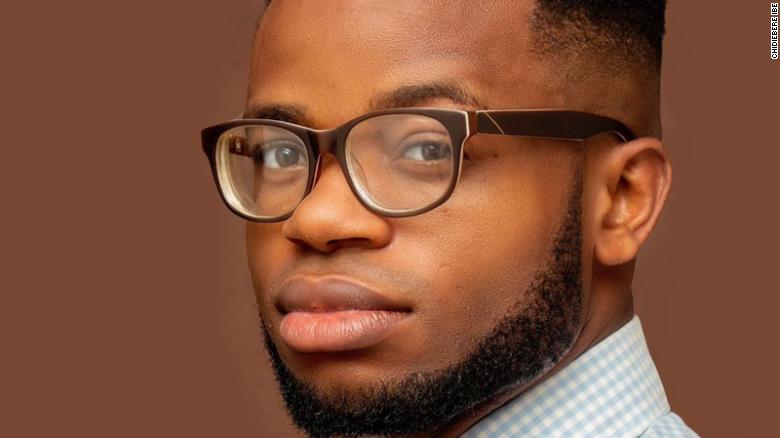 They create illustration of black fetus to represent greater diversity 1:08

(CNN) – An illustration of a black fetus in the womb it went viral last December and many people commented on social networks that it was the first time they had seen a representation of a fetus or a dark-skinned pregnant woman.

The attention surprised Chidiebere Ibe, the Nigerian first-year medical student who created the image, who describes it as “one of my drawings to champion diversity in medical illustration.”

The image sparked a debate about the lack of representation in these illustrations, images found mostly in textbooks and scientific journals to show pathologies and medical procedures.

Ibe, 25, who is creative director of the Association of Future African Neurosurgeons, has now been invited to publish some of his illustrations in the second edition of a manual designed to show how a range of conditions appear on dark skin.

“Mind the Gap: A clinical handbook of signs and symptoms in Black and Brown Skin” was first published in 2020. Co-author Malone Mukwende, a medical student in London, wrote via email that “Chidiebere’s work… it exposes some of the biases that exist in medicine for all to see and that we may not be aware of. Representation in healthcare is imperative to ensure we don’t allow implicit bias to creep into our minds.”

Ibe, who earned a chemistry degree in Nigeria and is now studying medicine in Ukraine, began her medical illustrations in 2020. She has already created images depicting anatomy and a number of conditions, including the skin disorder vitiligo, cold sores, a chest infection and spinal cord injuries, all in black people.

Ibe states that the lack of illustrations of the skin conditions of black skin makes it difficult for medical students to diagnose. Mukwende hopes that together they can create “the blueprint for the world” as to what diverse medical textbooks should look like and that “Mind the Gap” will be known as “the reference textbook for the representation of a variety of skin tones”.

A “big gap” in representation

Dr. Jenna Lester, an associate professor in the department of Dermatology at the University of California, San Francisco, describes Ibe’s illustrations as “incredible.”

Lester is the director of the university’s Skin of Color program, which provides a space for Black, Asian, Latino, and Indigenous people to understand the conditions that affect them and feel more comfortable seeking care. He says he realized there was a “big gap” in the representation of dermatology as a student, and a teacher told the class that a certain condition would look different on dark skin, but did not explain what it would look like. the condition. Lester says she is “grateful” that now “people are really responding and acknowledging that it is a big problem and making changes to fix it.”

Chidiebere Ibe began creating medical illustrations in 2020, depicting a number of conditions and anatomy, all of which are on Black people.

Studies have shown this lack of diversity. A 2014 study by researchers at the University of Wollongong,

Australia examined gender bias in anatomy textbooks and found that of the more than 6,000 gender-identifiable images published between 2008 and 2013 in 17 textbooks, the vast majority were white and just over a third were white. feminine.

In some western countries, people of color have been disproportionately affected by the covid pandemic. A CDC investigation found that racial and ethnic minority groups have had higher rates of hospitalization and urgent care for COVID-19 than whites in the United States.

Lester says that “Covid-19 has highlighted a lot of issues of disparity, and that has led us to think about disparities and all the ways they manifest, including in dermatology.”

The vast majority of images in anatomy textbooks are of white people. Ibe is working on a textbook on birth defects in children, which she says will be illustrated with pictures of black skin.

Lester co-authored a inquiry letter published in the British Journal of Dermatology in May 2020 in which it was found that scientific articles describing the skin manifestations of covid-19 “almost exclusively showed clinical images of patients with lighter skin”, without publishing photos of manifestations in dark skin. He noted that this can make it difficult for dermatologists and the public to identify the virus.

Added to this is the problem that some medical equipment does not work as effectively for people with darker skin tones. The pulse oximeters, which measure a patient’s oxygen level using light and a sensor to detect the color of blood, and which have been used increasingly during the pandemic, have been found to provide less accurate readings on darker skin.

If they are not calibrated for darker skin tones, pigmentation could affect how light is absorbed.

“It’s not just about skin conditions,” says Ibe. “It’s about giving everyone the value they deserve. Black, white, Asian…let’s all get the same health care we deserve.”

A network of African medical illustrators

Despite making up an eighth of the world’s population, Africa accounted for less than 1% of global research output between 2012 and 2016. Even in Nigeria, images of white skin dominate the medical literature, says Ibe. His goal is to help remedy this by creating a network of African medical illustrators.

Ibe plans to become a pediatric neurosurgeon and is also working on a textbook on birth defects in children, which will be illustrated with images of black skin.

“I want when a person searches the Internet for a certain skin condition, a certain health problem, the first thing that appears is black or people of color illustrations,” he says.