Djokovic knew he was positive, but he went for an interview. Who made the mistake of filling in the form? – PRAVDA.sk

Novak Djokovic’s start to the Australian Open has not yet been decided.


Novak Djokovic during training in Melbourne. Will he perform at the Australian Open?

World tennis team lawyers have submitted additional documents to the Australian authorities, which they have identified as essential and should allow Serbs to obtain visas to play a grand slam tournament in Australia.

According to The Age, their review should take longer and the decision should be postponed, according to migration spokesman Alex Hawk. The tournament will start on Monday.

The Serb is not vaccinated and is going to start at the Australian Open by way of exception after overcoming COVID-19 in December.

Read more Australian journalists? They forgot about the camera and vulgarly insulted Djokovic

On the night of Wednesday, Djokovic issued an opinion on the case. He faces criticism for participating in several events in Serbia after a positive PCR test.

The day after, he missed the ceremony at the Novak Tennis Center in Belgrade. He posed at the event with about twenty children.

“However, I received a positive test result only after this event,” said Djokovic.

However, he admitted that he went to the planned interview with the editor of the French daily L’Equipe, saying that he knew about his infection, which is a clear violation of the country’s rules for infected people. 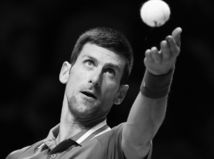 Read more Did Djokovic make a mistake? The Australians have found one – according to them serious – discrepancy

“I felt obliged to give an interview to L’Equipe because I did not want to disappoint the journalist, but I made sure that I had a break and had a veil in addition to taking pictures.

Even though I went home after the interview to isolate myself for the required period, after considering it was a mistake in my judgment and I admit that I had to postpone this commitment to another date, “Djokovic wrote in a statement on social networks.

He added that he canceled all other planned activities.

To move the statement text, use the right arrow:

The leader of the world rankings also commented on the discrepancies in his travel statement before leaving for Melbourne, where he is going to start at the inaugural grand slam tournament of the Australian Open season.

Djokovic said in documents that he had not traveled anywhere else 14 days before his arrival in Australia, where he arrived on January 6. However, according to Australian media, he moved from Belgrade to Spain.

The Serb claims that his agent made a mistake in filling in the form: 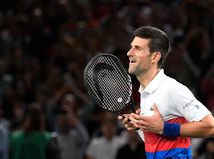 “The relevant documents were submitted by my team on my behalf, as I told the immigration officials on my arrival.

My agent sincerely apologizes for an administrative error in mistakenly checking the wrong box on the form regarding my travel history before arriving in Australia.

It was a human error and certainly not intentional. We live in challenging times during a global pandemic, and sometimes such mistakes happen. “

Previous articleJean-Michel Blanquer to teachers: “We do not go on strike against a virus” – LCI
Next articleCovid Italia, Salmaso: “Many deaths perhaps the fault of the health system”