Lukaku openly admits he is unhappy in Chelsea: Belgian gunner wants to return to Inter – Športky.sk

LONDON – Belgian footballer Romelu Lukaku has expressed dissatisfaction with his playing time in London’s Chelsea, which he has played in just eight league games this season. Coach Thomas Tuchel prefers the basic line-up without a 28-year-old striker, who was also plagued by injuries and Covid-19 in the current year.

Lukaku, who won the Italian Serie A title with Inter Milan last season, returned to Stamford Bridge in August after seven years. However, the second engagement in Chelsea is not going according to his ideas. “After two years in Italy, when I worked a lot with physiotherapists and nutritionists at Interi, I’m physically well. But I’m not happy with the current situation. I think the coach has decided to choose a different system. But I can’t give up. I have to keep working hard and behaving professionally, ” said the Belgian national team in an interview with Sky Sport Italia.

The 28-year-old Lukaku helped last year with 24 goals and 10 Inter assists to gain Scudett. Chelsea subsequently paid £ 97.5 million to the “nerazzurri” to bring back the striker, who has worked for the London club for three seasons in the past. “It bothers me a little because I didn’t leave Inter at the right time,” Lukak was quoted by the AFP agency. 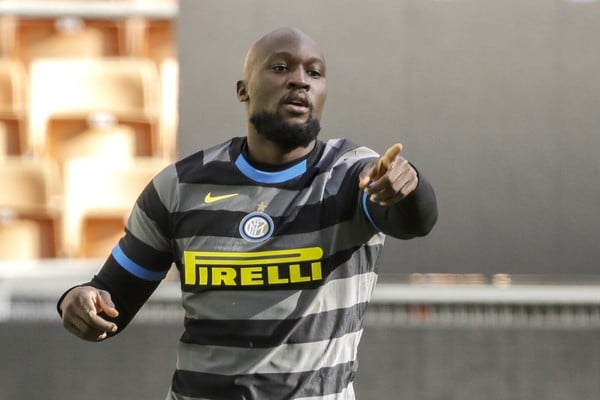 “It is necessary to talk about it now, because – as I have always said – Inter will remain in my heart forever. I really believe that I will return there one day. I fell in love with Italy. It is right to talk about it now so that everyone knows what it really happened without me having to talk badly about any people, I want to apologize to Inter fans, I think the way I left the club should have been different, I believe in my heart that I will return to Inter once. And it won’t be at the end of my career, but at a time when I’m still playing at the highest level to help the team to another triumph. “

Lukaku has scored seven goals this season for “The Blues”. He scored five times in thirteen duels in the English Premier League and added two more accurate hits in four Champions League appearances. He later told ESPN that he had several debates with Tuchel about his role in the team. The coach reportedly replied that he considered him a “multidimensional player”.

Tuchel also commented on Lukaku’s remarks later in the day. Coach Chelsea is surprised by the response to the words of the Belgian finisher and admitted that he is frustrated with the situation. “Of course, we don’t like it because it will bring unnecessary commotion that we don’t need and it certainly won’t help us. But we don’t want to make it a science, something more than it really is.” Tuchel responded, whose charges will face Liverpool second over the weekend.

The German coach does not know that Lukaku would be unhappy at the club: “That’s why his statements are a surprise to me. We need to talk about this together. I see no reason why that should be the case. I’ll see what Romel tells me about it and then I’ll deal with it.” Tuchel said, according to which a certain tension in the cabin may not be a bad thing: “There’s no need for harmony in the locker room every time. Everyone doesn’t have to hug and love each other. Sometimes it’s good to be on the edge, in disharmony, as long as it’s within reasonable limits, of course.”

Property developers are not hiding their concern over the collapse in...

MEPs elected a new children's commissioner on Wednesday after more than half a year. Jozef Mikloško became him....

MEPs elected a new children's commissioner on Wednesday after...
World