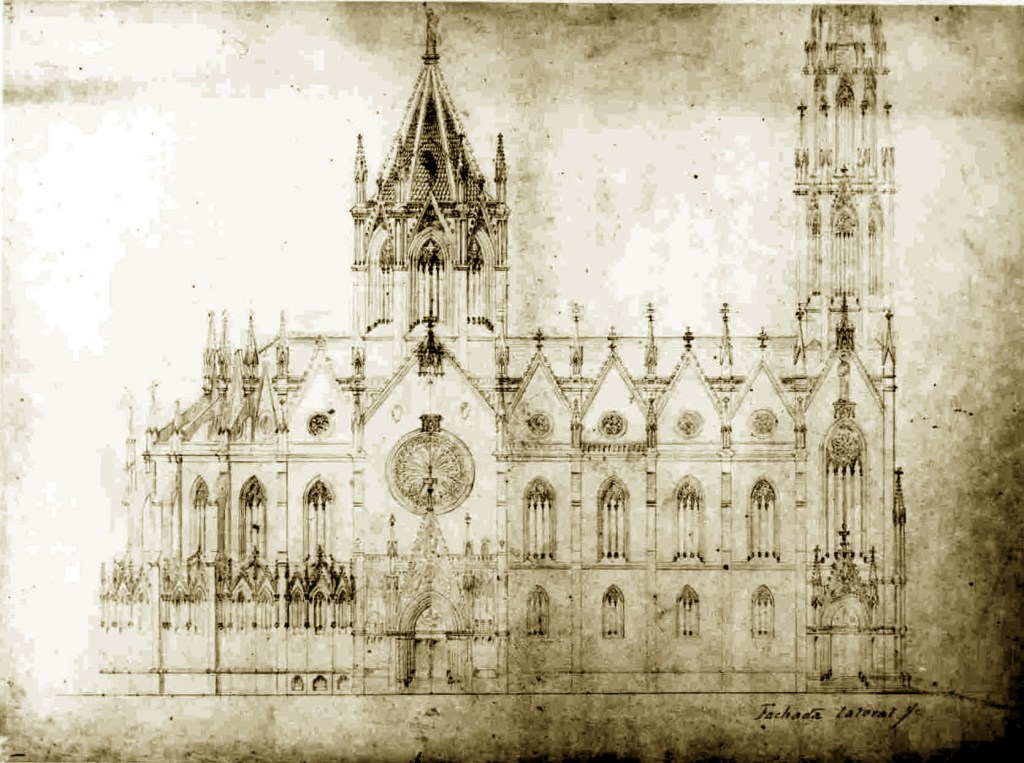 This star that crowns the Sagrada Familia cathedral in Barcelona 0:46

(CNN Spanish) – La Sagrada Familia is probably the most iconic place in the city of Barcelona. Has it all: million visitors every year (before the pandemic), majestic architectural details and, above all, enigma.

Not that the work is secret. Rather, the enigma of the Holy Family is unfinished. There are works that remain unfinished for a few years, but this case goes much further: 139 years since its construction began and which to date has not yet been completed.

The Catalan architect Antoni Gaudí envisioned it as his great masterpiece. However, the ambition behind the Holy Family was so great that it would not touch him to see it finished, not even a sketch of it. He died in 1926 and barely saw a finished bell tower before that date.

The organization of the Sagrada Familia plans to finish the work, once and for all, in 2026, on Gaudí’s 100th anniversary of death.

While that date arrives, this Wednesday, the inauguration of the Virgin Mary Tower of the Sagrada Familia will take place. And it is not a minor thing: it will be the second tallest tower that the entire work will have.

So that you know more about this enigmatic project, here are 10 facts you need to know about Gaudí’s masterpiece.

10 facts to know the history of the Sagrada Familia

According to the website of the Sagrada Familia, the original project began in 1882 with the architect Francisco de Paula del Villar, but he was dismissed due to differences “of a technical nature, relative to the cost of materials.”

Despite the dismissal, the first stone of the Sagrada Familia was laid on March 19 of that year. And it was not until 1883 that Gaudí took over the project.

Since then, architects who have assumed the direction of the work are the following: Domènec Sugranyes (in 1926, after the death of Gaudí); Francesc de Paula Quintana (in 1939); Isidre Puig i Boada and Lluís Bonet i Garí (in 1966, after Quintana’s death); Francesc Cardoner i Blanch (in 1983); Jordi Bonet i Armengol (in 1985); and Jordi Faulí (in 2012).

As mentioned, the original work was in charge of Del Villar. Do you want to know what it looked like? In short, something totally different from Gaudí’s.

Although Gaudí took over the project in 1883, it was not until 1914 that the architect devoted himself exclusively to the work until the date of his death, according to the Sagrada Familia.

If you want to take a virtual tour of the facade of the nativity scene, click here.

4. The only thing that Gaudí ever saw completed

After 1914, already in command of the Sagrada Familia without any other work on his mind, Antoni Gaudí saw the San Bernabé bell tower on the Nativity façade finished.

This happened until 1925, so he did not get to see more of his masterpiece. A year later, the architect passed away and his his disciple, Sugranyes, assumed the direction of the work.

Image of the bell tower dedicated to the apostle Barnabas, the only thing that Antoni Gaudí saw finished. (Credit: the Sagrada Familia)

5. An unfinished work due to the war

Although no single reason can be attributed for all the time that the construction of the Sagrada Familia has taken, a very important factor that hampered the work was the Spanish Civil War.

In 1936, “the Sagrada Familia is the object of vandalism as a consequence of the Civil War. Plans and photographs are burned, and the plaster models are destroyed” by Gaudí, mentions the website.

This prevented the model detailed by Gaudí from being followed and the works resumed until 1939 thanks to “the material that was saved from Gaudí’s workshop and which was rebuilt from published photographs and plans.”

Today we not only have reconstructed plans, but even technological collaborators that Gaudí surely never imagined.

According to a DW documentary videoSince the middle of the last decade, 3D models and digital reconstructions have been made in order to advance the work.

And last year it became known that the use of robots, 3D printers and LIDAR laser scanning technologies could help conclude the Sagrada Familia.

Robots help in the construction of the Sagrada Familia 1:35

And thanks to technological advances, we can have images of how the Sagrada Familia could look finished.

The one you will see below is an illustration that was shared on the magazine Temper, from the Sagrada Familia, January 2020, and presents a close-up of what the complete work will be.

The brown areas are those that were already finished until January 2020, while the white ones were the unfinished parts. The arrow points to the Virgin Mary Tower, which at that time was missing a level and many more details, which have already been completed for its inauguration this Wednesday.

Illustration of the complete work of the Sagrada Familia. Now that it is finished, the Virgin Mary Tower stands 138 meters high. The highest will be the Tower of Jesus Christ (in the center with the cross), which will rise to 172.5 meters. (Credit: illustration from Temple, magazine made by the Sagrada Familia)

The delay after the Spanish Civil War was three years. It has no comparison, but in 2020 the works were stopped due to the covid-19 pandemic.

Specifically, in March of last year, the Construction Board of the Sagrada Familia stopped construction and resumed it seven months later, in October 2020.

In that month, “the works are resumed, which focus on completing the tower of the Virgin Mary, which already has all levels of panels in place,” says the website.

For 137 years, the construction of the Sagrada Familia was carried out “illegally”.

That changed on Friday, June 7, 2019, when the construction site finally received its building permit, according to Janet Sanz, in charge of urban planning.

The Barcelona city council granted the license to the committee in charge of completing the construction of the church for 4.6 million euros, Sanz said.

10. The last detail of the Virgin Mary Tower

The detail that culminated in the construction of the Virgin Mary Tower was a large 12-pointed star.

“On November 29 the star of the Virgin Mary was placed. A historical fact as it is the last piece to be placed in the tower and that changes the profile of the city of Barcelona”, points out the Sagrada Familia on the website.

This star that crowns the Sagrada Familia cathedral in Barcelona 0:46

The star is a colossal detail: it has a diameter of 7.5 meters and a weight of 5.5 tons.

“On December 8 at 7:40 p.m., the Tower of the Virgin Mary will be fully illuminated and the star will shine for the first time in Barcelona”, add.

1 thought on “La Sagrada Familia: 10 facts for you to know the history of Antoni Gaudí’s unfinished masterpiece”