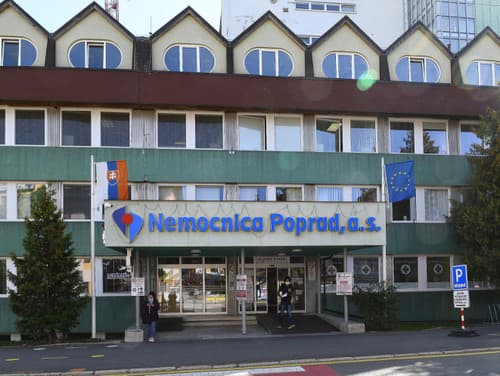 “Also on Monday (December 6) we recorded lower numbers in terms of oxygen intake, we had 22 occupied oxygen beds, now it’s 19, we already had 32 a few weeks ago, so the decline is here,” stated.

The state of the so-called High-flow beds and artificial lung ventilation are constantly changing, sometimes they are full, sometimes they are released for a short time. The number of patients treated for covid’s emergency admission also decreased. “We also had 30 cases a day, on Friday (December 3) it was 19, over the weekend even 11 patients,” Galajda specified. From Friday to Sunday (December 5), almost twenty infected people administered monoclonal antibodies to treat COVID-19. The situation is also improving in this direction, before that treatment was provided to 15 people a day.

The incidence of values ​​has decreased

The improvement of the situation in the region below the Tatras was also confirmed by the head of the epidemiology department at the Regional Office of Public Health in Poprad, Mária Pompová. “There is an improvement in all three districts of Poprad, Kežmarok and Levoča, compared to the 47th and 48th calendar week. The most significant improvement is in the district of Poprad, where the incidence of values ​​above 1000 per 100,000 inhabitants fell to 754,” Pompová specified that the beginning of the decline was recorded about a week ago. Current hygienists under the Tatras do not even record any outbreaks. “Let’s hope it’s a gradually declining trend and there will be an improvement before Christmas, when mobility will decrease a bit again. Maybe we’ll start with good numbers in January.” Pompova stated.

At the same time, the interest in vaccinations in the Poprad hospital has increased, and the mobile vaccination unit has vaccinated almost 900 people in the sub-Tatra villages in the last two weeks. “We vaccinated 7162 people in November, 2356 in October and 2595 in September. The number of people who received the first dose almost tripled. In comparison, there were 541 in October and almost 1560 last month.” added statistics to Galajda Hospital. Thanks to the higher vaccination coverage of people over the age of 50, the Poprad district will get a joker after the lockdown and thus get out of the black color of the COVID vending machine.

1 thought on “CORONAVÍRUS The situation in the Poprad hospital and in the district itself is slightly improving – Topky.sk”