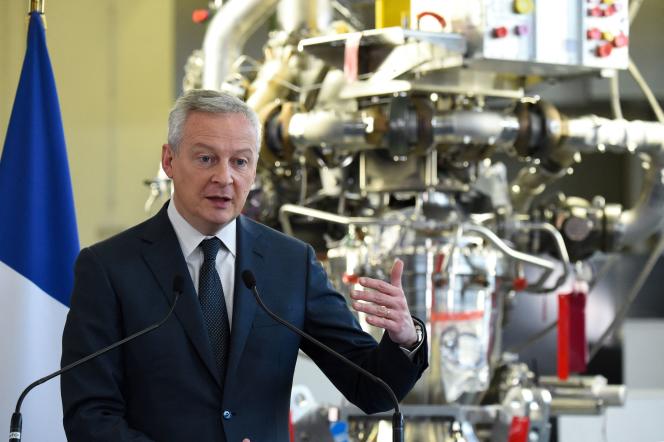 Do everything to make up for the delay taken by Europeans vis-à-vis the American SpaceX in space, whether it is reusable rockets or satellite constellations. Monday, December 6, the Minister of the Economy, Bruno Le Maire, announced that ArianeGroup was going to develop a reusable minilancer. This rocket “Must be operational in 2026”, said the Minister of the Economy by presenting the project called Maïa Space. It thus concretizes the commitments made by Emmanuel Macron during the presentation in October of his France 2030 program where 1.5 billion euros will be devoted to space.

The future launcher will be able to carry satellites weighing between 500 kilos and one ton to place them between 200 and 2000 kilometers from Earth, low orbit having become one of the privileged places for telecommunications or observation satellites, without talk about the constellations intended to provide high speed internet. The rocket will be manufactured in Vernon, in the Eure region, which will create around 100 additional jobs and largely offset the transfer to Germany of the Vinci engine integration activity.

This is an ambitious bet, since Maïa will have to be achieved in less than four years. Admittedly, the Prometheus engine that will equip it is already well advanced, as is the recoverable Themis stage, but the schedule is very tight. The stakes are high against Elon Musk, who dominates and sets the tone in the space market with his reusable Falcon 9 rocket and his constellation of Starlink satellites.

“Catching up on a bad strategic choice”

“We are going to make up for a bad strategic choice made ten years ago so that France and Europe finally have a reusable launcher”, said Bruno Le Maire, adding that he was “Convinced that this approach is complementary to Ariane 6”. A way of remembering that the dispute between France and Germany, the two main contributors to this project (56% for Paris and 22% for Berlin), which erupted this year was definitely over.

Read also Article reserved for our subscribers Weakened by Elon Musk’s rockets, Europe is trying to catch up in the race for the stars

“We put a stop to what Europe was in the process of engaging in: division, rivalry and, basically, the weakening of all European space players, in order to unite our forces, make a division of labor and skills that will be more efficient, said the Minister of the Economy. This puts us in working order to be able to compete with [les acteurs] American and soon Chinese. “ Each partner country will prefer the future European rocket for its so-called institutional launches (military, scientific) to American launchers. The first flight of the Ariane 5 successor is scheduled for 2022.

You have 16.43% of this article to read. The rest is for subscribers only.