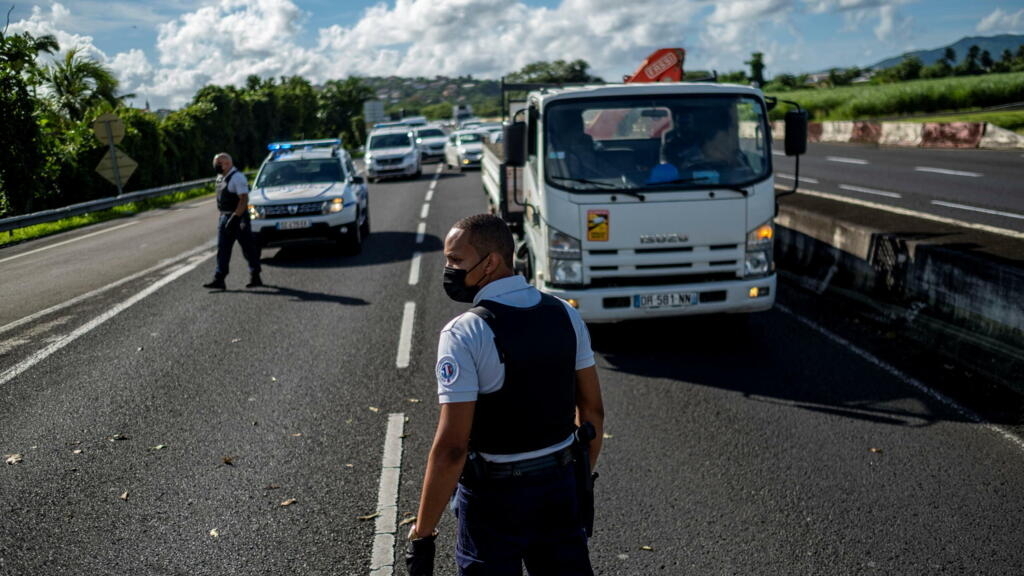 The situation remained tense on Tuesday in the French West Indies where Overseas Minister Sébastien Lecornu ended his visit intended to alleviate the social crisis. He said he was open to an “adaptation of the application of the law” of vaccine obligation, which was initially to apply on November 15, the day when the general strike in Guadeloupe began, and had already been postponed to the 31st. December.

Attempted fire at a town hall in Guadeloupe, roadblocks in Martinique and Saint-Martin: the situation was still tense in the French Antilles, Tuesday, November 30, on the last day of the visit of the Minister of Overseas. Sébastien Lecornu was open to the application of the vaccination obligation, already postponed to December 31.

Arrived Monday evening in Martinique, second and last stage of a short stay intended to ease tensions and get out of the social crisis in the French West Indies, the minister met at the prefecture a delegation of 20 trade unionists and local elected officials, after Similar discussions the day before in Guadeloupe came to an end.

In Fort-de-France, the member of the government was open to an “adaptation of the application of the law” of compulsory vaccination, which was initially to apply on November 15 in the West Indies, the day on which began the general strike in Guadeloupe.

Born from the refusal of this vaccination obligation for caregivers and firefighters, the movement has spread to political and social demands, in particular against the high cost of living, causing violence, looting and fires and then reaching Martinique where the protest began on November 22 . The two islands are placed under curfew.

Friday, Sébastien Lecornu and his colleague from Health Olivier Véran had announced to postpone to December 31, 2021 the “finalization of the implementation of the vaccine obligation” for Guadeloupe and Martinique.

But “I do not see how on December 31, we will be able to accept the vaccine obligation as it is today”, underlined Tuesday at the exit of the meeting Serge Letchimy, president of the executive council of Martinique, because “we will not reach a level that allows continuity of care “.

“The minister understood that our specificity must be taken into account in this question of vaccination obligation”, rejoiced on the steps of the prefecture Bertrand Cambusy, secretary general of the CSTM, union at the origin of the call for a general strike, which spoke as spokesperson for the inter-union.

Before the meeting, around 120 people had gathered in front of the prefecture, after a relatively calm night on the island. However, roadblocks were erected, especially on the highway, cutting the island in two, and a postal processing center located in a district of Fort-de-France was vandalized, said La Poste, which deplores the deterioration of ‘part of the packages.

An AFP journalist noted the presence of burnt cars and overturned on a roadblock at the roundabout of Mahault, in the town of Lamentin, with about ten people present on the spot.

In Guadeloupe, the town hall of Basse-Terre was the target of an outbreak of fire, which was quickly brought under control. In the same sector, the prefecture has announced that it will ban gatherings of more than six people in Rivière-des-Pères, where the gendarmes have raised a roadblock.

“Dams are currently installed on the roads of Guadeloupe”, however indicated the prefecture in the same press release. Earlier in the day, the access to Mare Gaillard on Grande-Terre, between Le Gosier and Saint-François, was again completely blocked by a hermetic dam even though it had been clear for several days.

And in Baie-Mahault, the situation was uncertain in the vast commercial area of ​​Jarry that the police were trying to secure, the day after Sébastien Lecornu announced the dispatch of a squadron of 70 mobile gendarmes and 10 additional GIGN members.

In Saint-Martin, another French territory in the West Indies facing a social movement for a few weeks, roadblocks again disrupted traffic on Tuesday after three weeks of lull, and businesses were attacked.

In Paris, Interior Minister Gérald Darmanin reaffirmed the government’s position of refusing to “debate with people” refusing to condemn violence against the police. “The vast majority of Guadeloupeans do not support this movement of protest against thugs,” he said to the Assembly, stressing the record of the government which “has put an end to the difficulty of supplying water in Guadeloupe “or” paid 1.5 billion euros “to fight against the Covid on the island.

1 thought on “Crisis in the West Indies: the government says it is open to the application of the vaccination obligation”