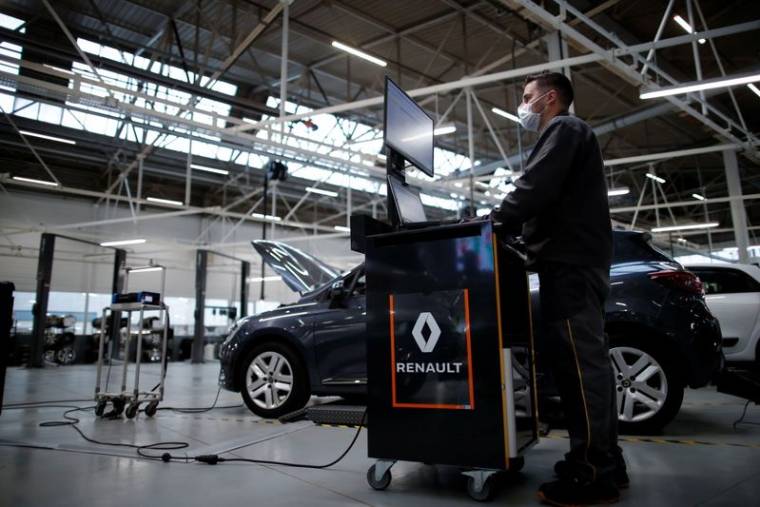 FLINS (Yvelines) (Reuters) – Renault hopes to achieve one billion euros in additional sales within ten years thanks to new recycling activities to replace the assembly of new cars at its factory in Flins (Yvelines) , said Tuesday the general manager of the group at the diamond.

“These activities will generate 200 million turnover by 2025 and it is expected to reach a figure (of the order of a billion) by the end of the decade,” Luca de Meo told reporters during an organized visit for the first anniversary of the project announcement.

The conversion of the site, which still assembles the electric Zoé and the Nissan Micra for a few years, was one of the main announcements of the 2020 restructuring plan, thanks to which the French manufacturer hopes to come out of the red and restore its margin.

“It was not a small subject, it was not a simple optimization of a site, it was the radical transformation of a historical site (…) of rather classic assembly, and which is in the process of transforming itself into what will very soon be the first circular economy factory in Europe in the automotive sector, ”said Renault president Jean-Dominique Senard.

By the end of the year, 700 Flins employees will have joined the ranks of the “Refactory”, which brings together a second-hand vehicle reconditioning activity which is taking its first steps and a battery recycling center.

By 2030, the new site should employ more than 3,000 people, against a current workforce of 2,200 people both in Flins and Choisy-le-Roi (Val-de-Marne), an establishment called to close its doors and some of the employees will join the Yvelines site.

A pioneer in electric power with its partner Nissan at the start of the previous decade, Renault now sees its range eclipsed by the ambitions of new entrants like Tesla and the appetites of giants like Volkswagen and Stellantis.

But Luca de Meo believes that the diamond group still has several strengths, especially in the new professions that are flourishing around this technology, starting with recycling and the second life of batteries.

“We know the electric car very well, we know how to produce it, we know how to repair it, we have a lot of data. And we have another advantage: we are the first to see the batteries return,” he added.