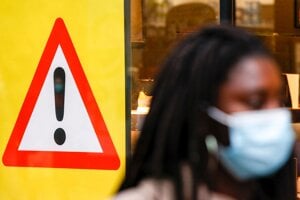 It is preparing a new decree regulating the border regime.

BRATISLAVA. The Public Health Office calls on people who have visited potentially at-risk countries in the last 14 days in connection with the newly discovered variant of the new coronavirus omicronto promptly report to the e-mail address [email protected]

He asks citizens to take the challenge seriously and not ignore it. At the same time, the Office is preparing a new decree regulating the border regime. TASR was informed about this by the office’s spokeswoman Daša Račková.

Related article Why is the virus still mutating and vaccines already developed will be enough? Questions and answers about omikron Read

“It is necessary to state the name, surname, telephone number and district in which the person is currently staying. The relevant regional public health office will contact you and determine the next procedure,” Račková said.

Among the potentially risky countries is South African Republic of Botswana, Namibia, Lesotho, Eswatini (formerly Swaziland), Mozambique, Zimbabwe, Israel, Hong Kong or Seychelles. Hygienists strongly advise people who have visited these countries in the last 14 days, as well as members of their shared household, to keep contacts to a minimum, regardless of their vaccination status.

“We are also adapting the organization of sample sequencing and expanding our capacities so that all positive samples from people who came from the mentioned countries are sequenced as a priority,” added Račková. 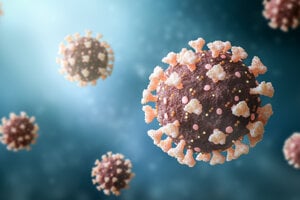 Related article Scientists have identified a new variant of the coronavirus, experts are haunted Read

At the same time, the Public Health Office is working to amend the decree governing the border regime. From the point of view of domestic isolation and subsequent testing, it sets out the exact conditions for people coming from the countries mentioned.

Until the issuance of the new decree, he demands to observe the valid measures upon arrival from abroad, as well as during his stay in Slovakia.

“He is in intensive contact with the chief hygienist, as well as with his colleagues from the government cabinet,” Eliášová added.

They do not recommend traveling to South Africa

The Ministry of Foreign Affairs does not recommend Slovaks to travel to the region of South Africa.

At the same time, it recommends Slovaks to use the registration service before traveling abroad. In the event that Slovaks find themselves in need, the Ministry of Diplomacy recommends contacting the emergency line of the Embassy of the Slovak Republic in Pretoria or the diplomatic service of the Ministry in Bratislava.

The World Health Organization on Friday marked a newly discovered variant of omicron, also known as B.1.1.529, as a “variant of concern”.

It is possible that it may be more infectious than the currently globally widespread variant delta. The WHO stated that the first known sample to confirm omicron infection was taken on 9 November in South Africa.

In addition to the Republic of South Africa, cases of infection with this variant have already appeared in Botswana, Hong Kong and Israel, for example. Belgium reported the first case from Europe on Friday.

The Czech Republic also announced two “probable” cases on Saturday and the first alleged case was also reported by Germany. In both countries, however, these suspicions have yet to be confirmed by tests. There have also been two cases in Britain.

One thought on “Omikron: Hygienists are preparing a new decree – SME.sk”