Egypt celebrates reopening of 3,400-year-old Avenue of the Sphinxes 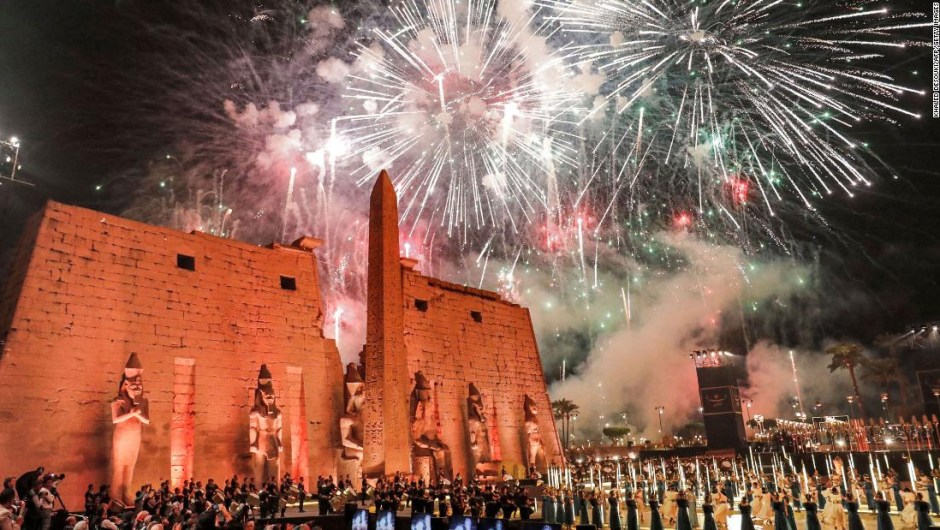 (CNN) – Egypt celebrated the reopening of the ancient Avenue of the Sphinxes in Luxor on Thursday night, a 2.7-kilometer highway connecting two temple complexes in the area, the Luxor Temple and the Karnak Temple.

The event included a reenactment of the Opet Festival, an ancient annual celebration and carnival held by Egyptian dynasties in the presence of kings to celebrate the Nile River and fertility.

Egyptian President Abdel Fattah el-Sisi attended the festivities, which featured a march, an orchestra and dancers in pharaonic costumes exhibiting ancient practices during the Opet Festival.

The road, also known as the Road of the Rams, dates back 3,400 years, Reuters reports. However, it was first discovered in the late 1940s, according to Egypt’s Ministry of Tourism and Antiquities.

The road was expanded throughout different Egyptian dynasties over hundreds of years and annexes were added to it, including toilets and sinks, a pottery-making and storage area for wine vessels, the ministry said.

Since then, the site has undergone decades of excavation and restoration efforts and today features hundreds of traditional sphinxes and ram-headed statues lined its path.

A view of the human-headed sphinxes along the 2,700-meter-long path that runs from Luxor Temple to Karnak Temple.
Khaled Desouki / AFP / Getty Images

The Ministry of Tourism and Antiquities described the site as the “largest open museum in the world” and said in a statement that the aim of the project was to promote tourism in Luxor and highlight its various archaeological components.

Tourism is a crucial source of jobs and income for Egypt, and the industry has suffered during the covid-19 pandemic.

One thought on “Egypt celebrates reopening of 3,400-year-old Avenue of the Sphinxes”