Suzuki S-Cross: The third generation changes its name and comes as a full-hybrid! – PRAVDA.sk 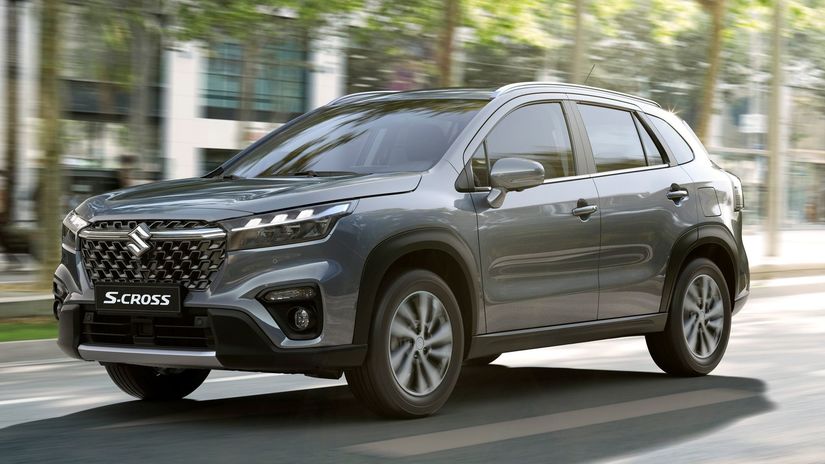 The third generation of Suzuki’s flagship will be more economical, comfortable and safer. The mild-hybrid engine will later complement the full-hybrid. Its special feature will be a robotic transmission.

Suzuki S-Cross – 2021 The new S-Cross has been given a much more robust design. The front is dominated by a large black mask with a shiny string and a massive bar. Double-row lights use only diodes.

Suzuki will end this year with the introduction of the third generation SUV S-Cross, ie if we also take into account the first generation SX4 introduced in 2006, which was born in collaboration with Fiat. However, the S-Cross attribute debuted with the second generation in 2013. So, despite significant modernization and a new engine with mild-hybrid technology, it has not been on the market for a long time. But that will change quickly. The novelty is to arrive on the market later this year. This time again without the SX4 label. And in the future, a hybrid version with very unusual technology will be added for the first time. 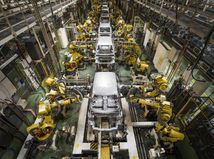 Read more Suzuki has been manufactured in Hungary for 30 years. More than 3.6 million of them were created

The novelty is 4,300 in length, 1,785 in width and 1,580 mm in height. The wheelbase is 2,600 mm. These are identical numbers to the current generation. So rather than the new generation, we have an in-depth review here. However, the design of the S-Cross is clearly moving forward, although it can again be described as conservative. In any case, we have a more robust front with a black glossy mask, through which passes a massive chrome bar, brand new double-row LED lights and strong chassis protection. The high-profile bonnet, angular fender shape and underbody protection, including silver ramps, enhance the SUV’s durability image. 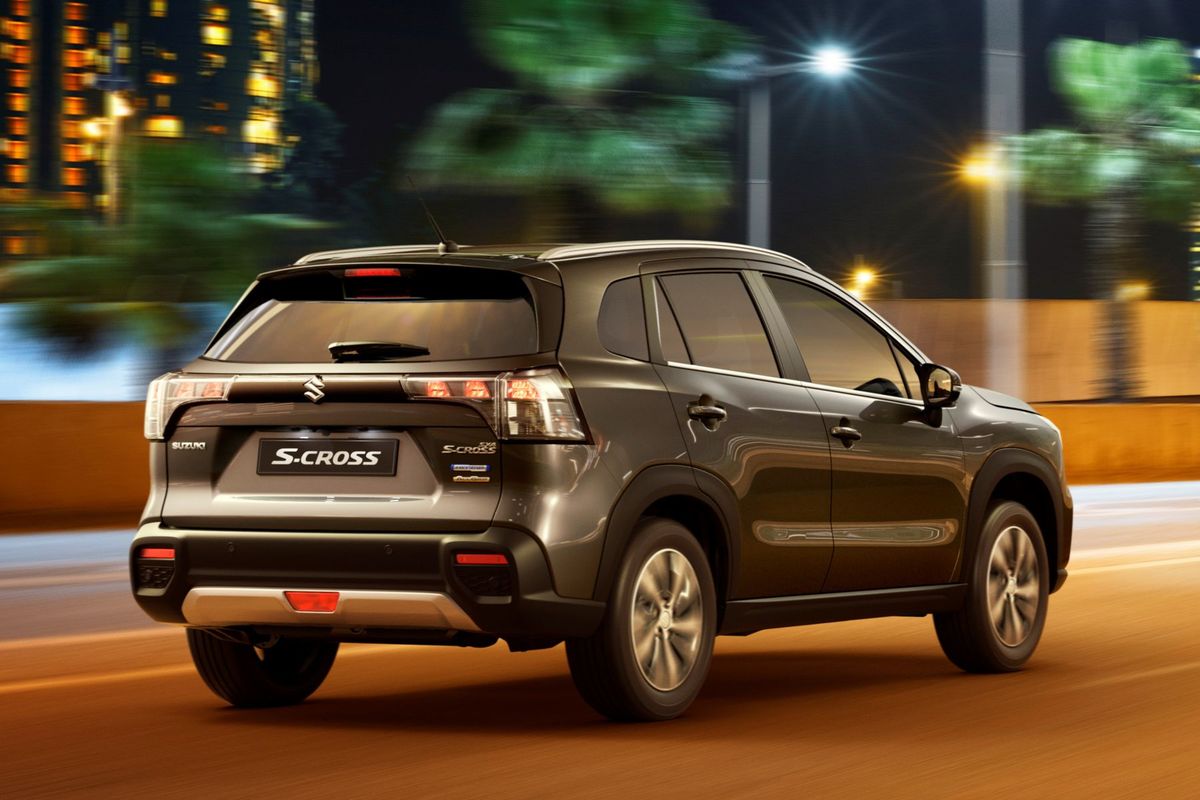 Suzuki S-Cross – 2021 The rear lights are connected by a fashion bar. Square fenders enhance the image of the SUV. 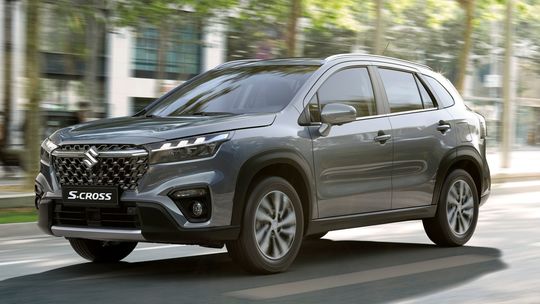 The shape of the rear pillar with the third side window is also new. The rear lights, again exclusively LEDs, are connected by a fashion bar, although not illuminated. There will be a choice of eight body paints, including three mother-of-pearl. The cabin should be more spacious than in the past. This is especially true for rear seat passengers. Under the fifth door, there will be 430 liters for luggage, ie the same volume per hair as at present. However, the trunk should be more variable thanks to the double floor, the upper part of which can be positioned in several levels, but also thanks to the backrests divided in a ratio of 40: 60. The novelty is a large two-part panoramic window with dimensions of 1,000 × 560 mm. 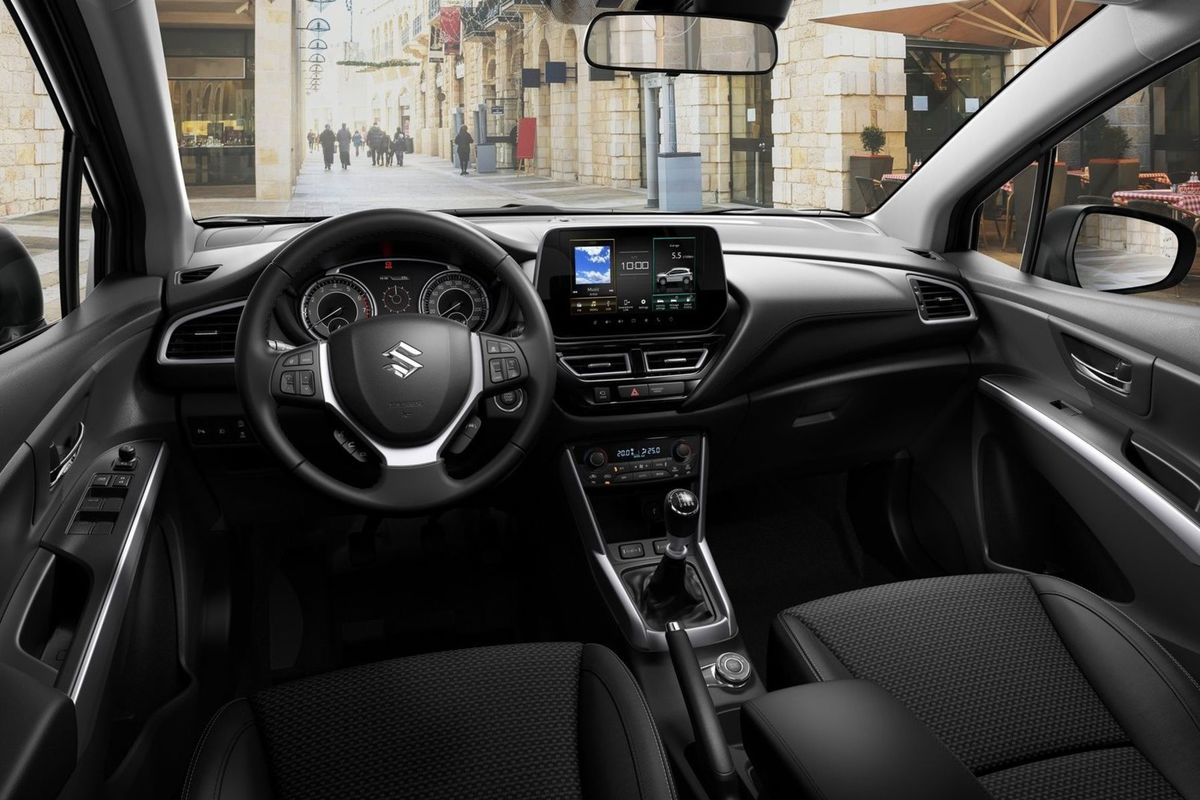 Suzuki S-Cross – 2021 The interior received a new infotainment with a 9-inch free-standing screen. However, the preservation of analog devices and a separate panel of dual-zone air conditioning is nice. 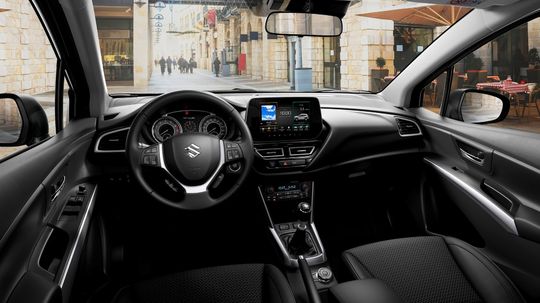 The all-new dashboard carries a modern free-standing 9-inch infotainment display. It will be compatible with smartphones. The instrument panel will have more modern 3D graphics, although it will retain the classic analog instruments. It is nice to leave a separate air conditioning panel or a classic handbrake. The new seats offer more comfort. Their edges will be upholstered with ecological leather. The Suzuki Safety Support package, based on cameras and sensors, will include up-to-date maintenance, adaptive cruise control with stop & go function, traffic sign reader and monitoring of mirror blind spots and driver fatigue. 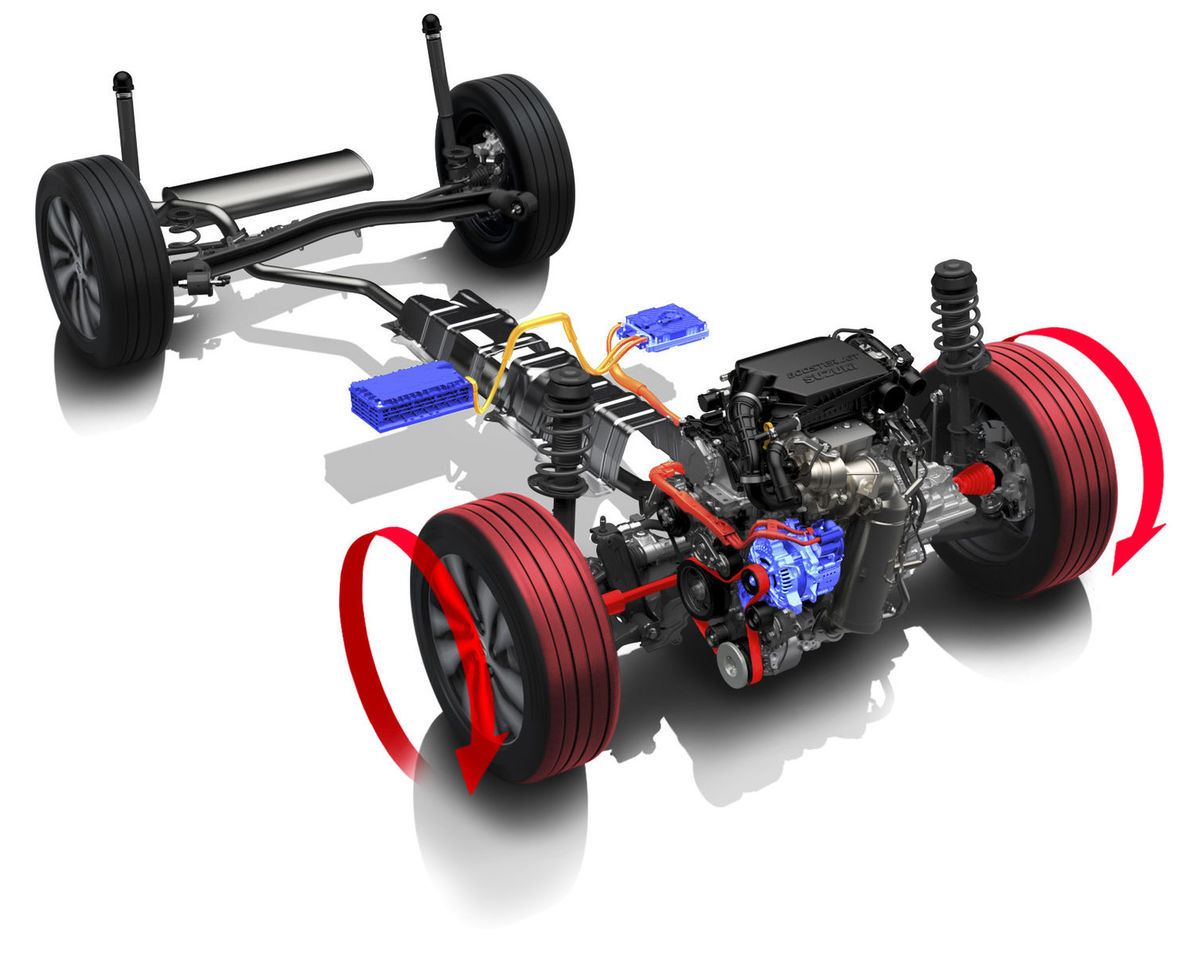 Suzuki S-Cross – 2021 Under the hood, the S-Cross will first help itself with a mild-hybrid starter generator SHVS. A full-hybrid comes later.

There won’t be much to choose from under the front hood yet. The new S-Cross will take over the current supercharged 1.4 BoosterJet 4-cylinder with direct fuel injection, variable VVT ​​intake valve timing and a 48 V starter-generator. The power of 95 kW will be maintained. Customers receive a choice of a 6-speed manual or 6-speed automatic transmission. The AllGrip front-wheel drive, which prefers the front wheels, will operate in Auto, Sport, Snow and Lock modes. It adjusts the drive torque distribution accordingly. A full-hybrid with a separate electric motor and a robotic 6-speed AGS transmission will be added in the middle of next year, which is a very unusual solution. 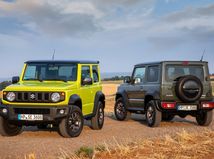 Read more Suzuki Jimny: A full-hybrid could be a recipe for returning to Europe!

The advantage of placing the electric motor behind the gearbox will be maintaining constant power even during gear changes. The hybrid will operate in two modes – Standard and Eco. The first is focused on more dynamic driving, while the second tries to increase the frequency with the help of an electric motor. Interestingly, however, even before the SX4 S-Cross, the smaller Vitara gets a hybrid drive. Suzuki will continue to produce the novelty on the assembly lines of its European production plant in Esztergom. The first cars should reach customers before Christmas.

One thought on “Suzuki S-Cross: The third generation changes its name and comes as a full-hybrid! – PRAVDA.sk”