Can Emmanuel Macron convince Pope Francis to come to France? – The HuffPost 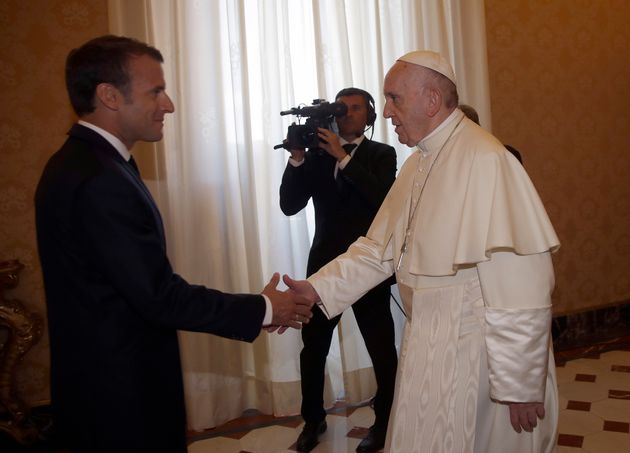 RELIGION – Emmanuel Macron is received this Friday, November 26 for the second time by the Pope Francis, only a few weeks after the meeting of the latter with Jean Castex. But unlike the sovereign pontiffs before him, Pope Francis never visited France.

Christophe Dickès, historian of the papacy and author of the book Saint Peter: The mystery and the obvious (Perrin, 2021), explains to Huffpost that Pope Francis is not as attached to Europe than its predecessors and does not make France a priority.

Pope Francis has been in the Vatican since 2013, yet he has never been to France. How to explain it?

The problem is not France. In fact, he has not been to any major European country, be it Germany, Spain, England … He went to Poland in 2016, but only because WYD (World Days of youth where young Catholics meet, Editor’s note) stood there. He was in Portugal in 2017, but this trip was an exception.

How to explain that he does not give importance to the European powers?

Francis is not a European pope, so going to the big countries of the continent is not his priority as it was for Benedict XVI from Germany (who gave up in 2013, Editor’s note), or John Paul II, born in Poland.

François, who comes from Argentina, favors the countries of the “periphery”. He also visited small countries in Latin America (Bolivia, Ecuador …). In Europe, ithe for example traveled to Albania. In fact, he prefers to visit small countries on the fringes of the world economy, of international flows.

There is a real cultural gap between the Pope and Europe.Christophe Dickès, historian

The choice of his name illustrates this policy: by taking the name of Francis of Assisi, the “povorello”, he shows his proximity to poverty and the underprivileged. The Pope therefore wants to give a voice to those who live in distress or are in need. The creation of a dicastery (equivalent to a minister, Editor’s note) for integral human development and which deals precisely with these issues of migration or poverty, is an illustration of these political choices.

Finally, it seems important to me to stress that there is a real cultural gap between the Pope and Europe. The Pope does not understand this Europe and its evolution.

He considers her a weakened old lady who has not fulfilled all of her promises. He does not understand this formerly Christian Europe which is yielding today to a Western culture that it does not accept: relativism (questioning the truth delivered by God, Editor’s note), hedonism (the constant search for pleasure, Editor’s note), individualism.

Pope Bergoglio also has a rather binary perception of society in the social tradition of Latin America. The middle class is thus totally absent from its vision and its speeches. It is simply addressed to the rich by reminding them of their responsibilities and to the poor in order to defend them.

He nevertheless went to Strasbourg in 2014 to visit the European institutions. So he is not against Europe?

Yes, he supports Europe, and visiting institutions (European Parliament, Council of Europe) is a minimum when you are a pope. We cannot ignore it. François also visited the European institutions because he observed the renewal of nations and even nationalisms. He unambiguously supports the link between Europeans by defending a supranational political vision.

Is his link with France very different from his predecessors?

Benedict XVI is very close to France intellectually. He is a foreign member of the Academy of Moral and Political Sciences. His visit to our country and in particular his famous speech at the Bernardins constitute one of the most essential moments of the pontificate. As for John Paul II, he visited France eight times!

France and its language are also normally very present in the Holy See. All the popes spoke French, with the exception of Pius X (Pope from 1903 to 1914, Editor’s note) and… Francis. Moreover, French was the language of papal diplomacy but since 2014, English has supplanted it with the arrival of the British Bishop Gallagher at the head of the Secretariat for Relations with States, which is the equivalent from our Ministry of Foreign Affairs. France is much less present in the structures of the Vatican and the Holy See than it was in the 20th century.

Wouldn’t a visit to France be a way to strengthen ties, especially with Catholics?

In reality, there is a gap between French Catholics and this Pope. Identity Catholicism is developing in France, many believers do not adhere to what the Pope says about migrants or even about ecology. Western Catholics are worried about dechristianization but also about anticlericalism latent in our contemporary society, they want us to talk to them about God, not about ecology.

Identity Catholicism is developing in France and many believers do not adhere to what the Pope says about migrants or even about ecology.Christophe Dickès, historian

They feel closer to the theological message of a Benedict XVI, a message turned towards God, than to the very political and social dimension of Pope Francis.

Can we still consider a visit by François to France in the future?

Emmanuel Macron will probably relaunch the invitation because he gets along well with the Pope, they are both close to the philosopher Paul Ricoeur, this is one of their common points. The President of the Republic prefers to speak to the Pope rather than to the Bishops.

But personally, I don’t believe in a visit to France. If he comes, he will then have to go to Germany, Spain, Austria. Yet at his age (84 years old, Editor’s note), I don’t think he’ll be able to take you on such a journey. Or, it will be a visit completely offbeat and different from its predecessors. For example, he almost came to Marseille on All Saints’ Day.

In addition, the Pope does not travel to a country entering an electoral period such as presidential and legislative elections. On the other hand, this will not prevent him from taking action or even speaking out on the subject, as he did for his own country.

But in fact, there are hints of the end of the pontificate. The atmosphere is very heavy in the Vatican. The cardinals withdraw, no longer give their opinion, they seem to be waiting for the next conclave. I think Francis is waiting for the death of Benedict XVI before retiring to his country. Surprisingly, Francis kept his Argentine passport, while by becoming pope, the Holy Father takes Vatican nationality. Quite a symbol …

Couldn’t the reopening of Notre-Dame-de-Paris in 2024 perhaps encourage Pope Francis to come?

It would indeed be a great occasion and an extremely strong symbol. It is a possibility and a particular event even if the protocol will have to clearly set the limit between on the one hand the “cultural” event that it represents and the religious dimension of the moment. We can imagine that such an inauguration will give rise to a liturgical celebration.

See also on The HuffPost: Covid-19: for Pope Francis, getting vaccinated is “an act of love”

One thought on “Can Emmanuel Macron convince Pope Francis to come to France? – The HuffPost”