Covid-19: new restrictions in the Benelux, concerns about a variant from South Africa 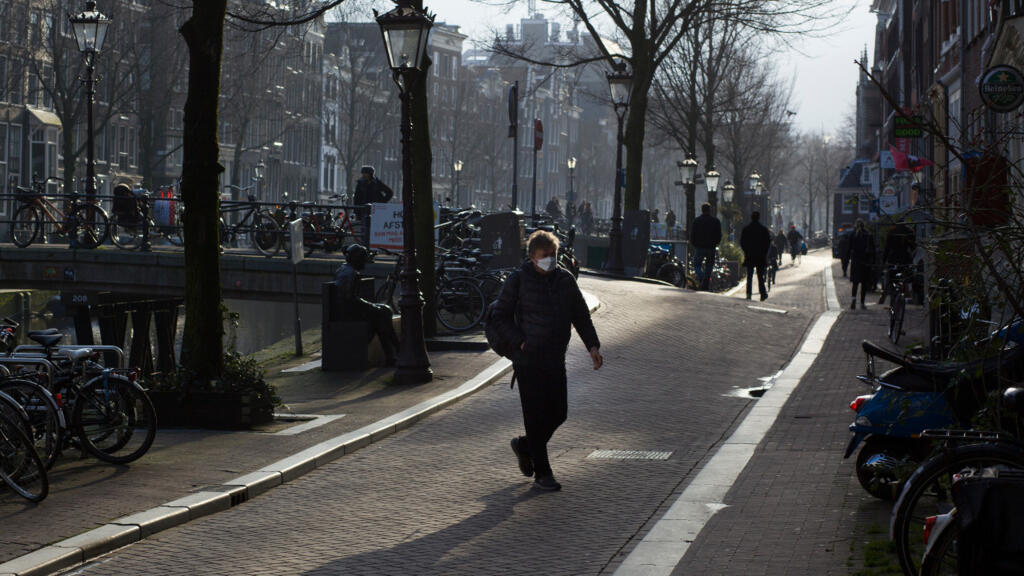 While Europe once again became the global epicenter of the Covid-19 pandemic this fall and a new variant potentially very contagious and with multiple mutations was detected in South Africa, several countries, including Belgium and the Countries -Bas, are preparing to take new measures to curb contamination. For its part, the United Kingdom has closed its borders to six African countries.

The Netherlands and Belgium are due to decide on Friday, November 26, new measures intended to curb the contaminations of Covid-19 in full outbreak in Europe, when a new variant detected in South Africa pushed the United Kingdom to close its borders to six African countries.

Europe once again became the global epicenter of the pandemic this fall, while the highly contagious Delta variant reduced the effectiveness of vaccines against the transmission of the disease to 40%, according to the WHO.

In the aftermath of a tightening announced in France and the crossing of the 100,000 dead threshold reached by Germany, their Dutch and Belgian neighbors are preparing to make decisions that are sometimes difficult for the population to accept, especially in the Netherlands.

At a press conference, scheduled for Friday evening, Prime Minister Mark Rutte could announce the closure of bars and restaurants at 5 p.m. (4 p.m. GMT) instead of 8 p.m. (7 p.m. GMT), media reported. local.

However, this country has recently experienced several nights of unrest, especially in Rotterdam and The Hague, following the establishment of partial containment, with a series of health restrictions. The government is also planning to ban certain places for the unvaccinated, including bars and restaurants.

Already, citizens are called upon not to accommodate more than four people in their homes and to telework. Public demonstrations are prohibited and football matches played behind closed doors. Despite these measures, the Netherlands, with a population of 17 million, still registers more than 22,000 new cases per day.

In Belgium, the increase in contamination and hospitalizations linked to Covid is “higher than the most pessimistic curves” sketched last week by scientific experts, Belgian Prime Minister Alexander De Croo was alarmed on Thursday.

It will urgently bring together the heads of the executives of the federated entities on Friday morning to decide on new measures.

Contamination at a daily rate on Monday broke a record in Belgium since the start of the pandemic in March 2020, with 23,621 new infections recorded by the public health institute Sciensano.

Europe is toughening up its measures and border closures are resuming. On Thursday evening, the UK announced it would ban entry to travelers from six African countries, after South Africa announced the discovery of a new variant: all flights from South Africa, Namibia, Lesotho, Eswatini, Zimbabwe and Botswana will be suspended as of Friday 12 p.m. GMT.

The B.1.1.529 variant shows an “extremely high” number of mutations and “we can see that it has the potential to spread very quickly,” virologist Tulio de Oliveira told an online press conference. overseen by the South African Department of Health.

The metamorphoses of the initial virus can potentially make it more transmissible, to the point of making the variant dominant: this was the case with the Delta variant, initially discovered in India, and which according to the World Health Organization (WHO) reduced 40% effectiveness of anti-Covid vaccines against disease transmission.

At this point, South African scientists are unsure of the effectiveness of existing vaccines against the new form of the virus.

To date, 22 cases have been reported, mostly affecting young people, according to the National Institute of Communicable Diseases (NICD). Cases have also been reported in neighboring Botswana and Hong Kong, on a person returning from a trip to South Africa.

The WHO has declared “to follow closely” this new variant and must meet Friday to determine its dangerousness.

Already, “the number of cases detected and the percentage of positive tests are increasing rapidly,” NICD said in a statement, particularly in the most populous province of Gauteng, which includes Pretoria and Johannesburg.

According to scientists, the new variant B.1.1.529 has at least 10 mutations, compared to two for the Delta.

As a result, the Tokyo Stock Exchange fell 3% Friday at midday because of fears related to this new variant. “There are fears that if the existing vaccines do not work (in the face of this variant, editor’s note), people will have to confine themselves again”, commented Nobuhiko Kuramochi of Mizuho Securities, quoted by the Bloomberg agency.

One thought on “Covid-19: new restrictions in the Benelux, concerns about a variant from South Africa”