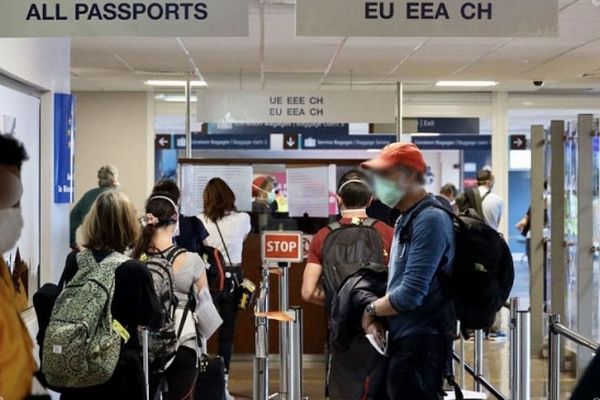 Covid tests are again mandatory to travel overseas. From next Monday, vaccinated or not, travelers who will leave Paris for Reunion will have to present a negative result. A measure of common sense for the deputy Philippe Naillet. But some travelers are already getting annoyed.

France, like several European countries, has been affected by a new wave of contaminations since mid-October. Result of a relaxation of vigilance, barrier gestures and unequal vaccination rates in the territory.

Reunion is now one of the 20 departments most affected by the upsurge in the epidemic.

In Reunion Island, 72.5% of the population currently has a complete vaccination schedule but the incidence rate today reaches 219/100 000 inhabitants (against 152.6 the previous week), the positivity rate at 4.3 % (compared to 3.8% the previous week).

The day after Minister Lecornu’s announcement, the feeling was shared among the travelers met at Roland-Garros airport. “If you are vaccinated, you don’t need to do the tests yet, that’s enough!“, annoys a first person.

“It adds yet another constraint to be able to travel. Is it still necessary to limit the spread of the virus a bit, frankly, I don’t know“, reacts another traveler.

The report from Réunion la 1ère:

In a press release, the deputy Philippe Naillet welcomes this common sense measure that he has been calling for for several
weeks.

It is indeed due to a lack of control and monitoring of travelers that Covid-19 and its variants have entered our territory. It is also through this same single gateway that new, more dangerous variants could arrive. It is for this reason that I have always advocated maintaining an upstream PCR test and the establishment of a mandatory PCR test for travelers coming from outside a few days after arrival.

Since October 04, PCR tests were no longer mandatory for vaccinated people who went to the West Indies, Guyana, Reunion, and Mayotte.