Michelin-star restaurant burned down in the UK 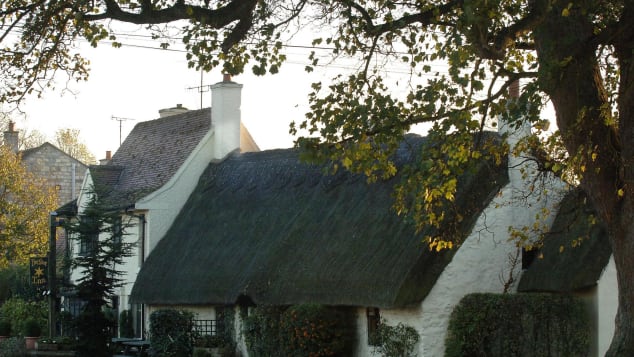 (CNN) – A restaurant with Michelin star north of Englandhoused in a 14th-century building, it has suffered extensive damage after its thatched roof caught fire.

The restaurant, which is in the North Yorkshire county town of Harome, posted about the incident on social media.

“We are devastated to inform everyone that there has been a fire in our restaurant and pub that has been burning all night,” the restaurant wrote in a facebook post, adding that “fortunately no one was injured.”

“It has been a long night so far ….. I am afraid we will not be open for a while as we are reduced to ashes”, point out a tweet, which includes a short video of firefighters working to control the flames.

Firefighters from the North Yorkshire Fire and Rescue Service used nine trucks, an aerial ladder platform and other equipment to fight the flames, according to a statement.

“The fire on the thatched roof of the building caused extensive damage to the roof and roof space,” he said.

“Crews worked hard to prevent the fire from spreading along the thatched roof, which meant that one end of the roof and the ground floor were spared from the blaze.”

The service confirmed that all occupants were off the property when the equipment arrived. The cause of the fire is still unknown.

Owner Andrew Pern told BBC Radio York that the property “didn’t stand a chance” when fire took hold of it.
“It means a lot,” Pern said of the building, fighting back tears.

Pern said it will probably take about a year for the main dining room to reopen.

The Harome Star Inn is located on the edge of the North York Moors National Park. It received a star from the Michelin Guide, which praised the restaurant’s “luxurious and opulent atmosphere” combined with a “bar with character” that looks like a local pub.

“This is a place that proudly defends its home county,” says the guide, praising Chef Steve Smith’s ability to use local ingredients “to create rich, gutsy and flavorful dishes with a classic base and modern undertones. “.

One thought on “Michelin-star restaurant burned down in the UK”