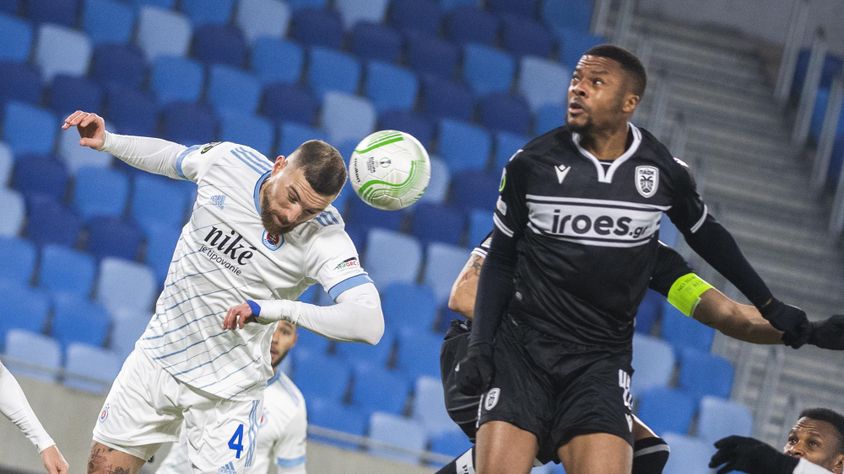 Slovana Bratislava footballers drew in their fifth match in the F-group of the European Conference League with PAOK Thessaloniki 0: 0.

Big damage. The match of the year of the Slavs did not turn out as expected. Everything will be decided …

In the table, the “whites” have 8 points as well as the Greek team and it will be decided in two weeks who will complete the already advancing FC Copenhagen.

In their last match in the group, the trustees of Vladimír Weiss st. On December 9, PAOK will welcome outsider Lincoln Red Imps at FC Copenhagen.

Votes after the match: / source: RTVS /:

Vladimír Weiss senior, Slovan coach: “It was a tough match in our heads as well. We wanted to win, but we had to play wisely and not open the game. We had one or two half-chances. We were a little scared in front, we didn’t have the freshness and strength to score. “The clean sheet is excellent, it’s a pity we didn’t score a goal. I want to praise the boys for their performance and determination, there was a bit of a lack of quality.”

Yuri Medvedev, defender of the Slavs: “It’s a pity for the unused chance at the end of the first half. I wanted to put it on the back pole, half a meter was missing. It was a tough match, PAOK played well.

Vladimir Weiss Jr., Slavic midfielder: “We knew the quality of PAOK on the ball. We didn’t want to go to the press. We covered the area very well and we didn’t let them go for anything more serious. We went into a fight to win. Despite the draw, we still live until the last round.”