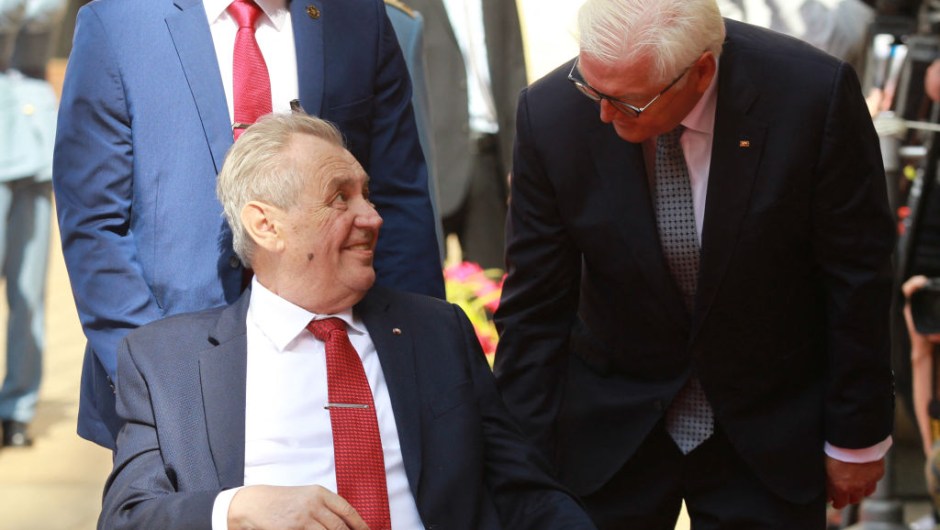 (CNN) – The President of the Czech Republic, Miloš Zeman, was rushed back to the hospital after testing positive for COVID-19 a few hours after being discharged from more than six weeks of treatment for other serious health problems, according to a statement from his spokesman Jiří Ovčáček.

“The President of the Czech Republic, Miloš Zeman, was tested … in the afternoon at Lány Castle as a standard part of his home care provider. Unfortunately, the resulting test was positive,” the statement said.

“Therefore, in cooperation with the attending physician … it was decided to transfer the patient back to the Central Military Hospital in Prague,” he added.

The statement continued: “The program of the President of the Republic will be suspended for the duration of his treatment for covid-19.”

The health problems of the President of the Czech Republic

The Czech president’s hospitalization occurs the day the rest of the country entered another state of emergency due to an increase in covid-19 cases.

Earlier in the day, Zeman, 77, was discharged after 46 days from the same hospital, a period in which the country had been mired in political uncertainty.

Zeman was rushed to hospital on October 10, the day after the general elections to the lower house of Parliament. He spent more than a month in intensive care for liver disease and other serious ailments, before being transferred to a standard care room where he could meet with his officials.

Zeman had appeared regularly at public events in a wheelchair in recent years and was in the hospital for a time in September.

Zeman was scheduled to formally give Fiala the mandate to form the government in a ceremony on Friday, but Zeman’s return to the hospital is likely to derail these plans and the timing of the formal handover remains unclear.

The government of current Prime Minister Andrej Babiš declared a state of emergency on Thursday in response to the worst wave of COVID-19 cases in the country during the entire pandemic. Measures include closing pubs and restaurants early and limiting the size of public gatherings.