Slovan drew, the procedure is in his hands. We were scared, says Weiss – PRAVDA.sk 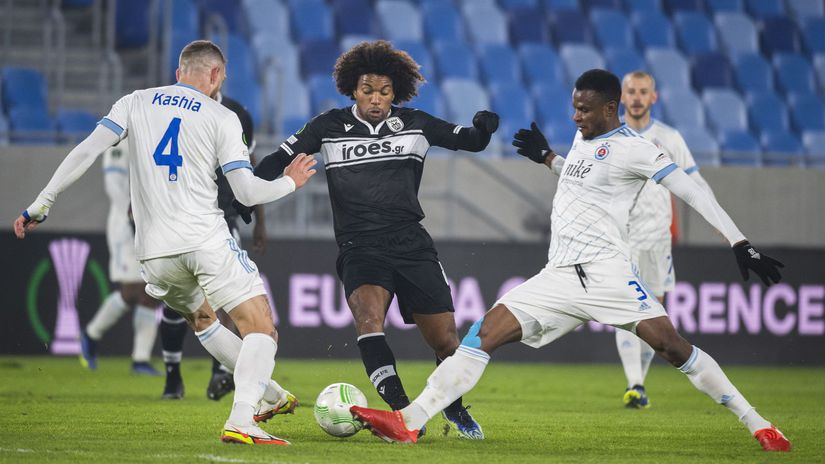 Slovana Bratislava footballers drew in their fifth match in the F-group of the European Conference League with PAOK Thessaloniki 0: 0.

In the table, the “whites” have 8 points, just like the Greek team, and who will complete the already advancing FC Copenhagen will be decided in two weeks.

In their last match in the group, the trustees of Vladimír Weiss st. On December 9, PAOK will welcome outsider Lincoln Red Imps at FC Copenhagen.

votes after the match: / source: RTVS /
Vladimír Weiss senior, Slovan coach: “It was a difficult match in my head. We wanted to win, but we had to play sensibly and not open the game. We had one or two half-chances. We were a little scared up front, we didn’t have the freshness and strength to score a goal. It was a very good performance in defense. The clean sheet is excellent, it’s a pity we didn’t score a goal. I want to praise the boys for their performance and determination, there was a little lack of quality. “
Yuri Medvedev, defender of the Slavs: “It’s a shame at the end of the first half. I wanted to put it on the back pole, half a meter was missing. It was a tough match, PAOK played well. We took a quality robot, we worked, in the end we ran out of strength. “
Vladimir Weiss Jr., Slavic midfielder: “We knew the quality of PAOK on the ball. We didn’t want to go to press. We covered the space very well and we didn’t let them go for anything more serious. We went into a match saying that we wanted to win. Despite the draw, we still live until the last round. “

The fast-paced opening ten minutes brought the Slavs the first chance, when after a nice combination he got to the Weiss shot, but Paschalakis had no problems with it. A free kick just outside of the visitors’ penalty area after 80 minutes could have resulted in another goal, but Chovan got a hand out and tipped the ball over the bar. 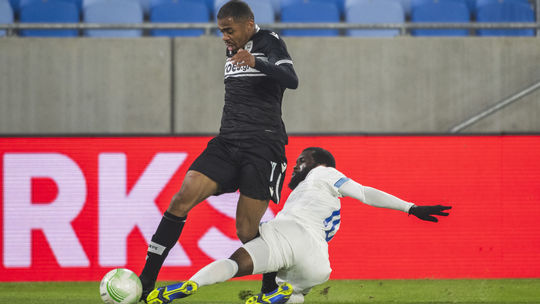 After these two situations, the Slavs focused more on the cautious defense, not letting the Greeks into dangerous opportunities. The visitors kept the pressure on to tie the game when, after 31 minutes, Akpoma and Sidcley broke through the center and found himself alone with the keeper.

The ball got to the center of Biseswar, but he sent it high above the goal. The first half ended the chance for Medveděva, who fled after Weissa’s pass on the right side of the field, but sent his shot next to the post.

Immediately after the change of sides, the guests took the action on the right side, but the defense of Slovan just before Chovan sent the ball to safety. 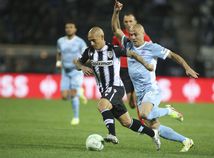 Read more Weiss will lack support. She flew home, she is in great sadness

The visitors kept the pressure on to tie the game when, after 60 minutes, Zmrhal broke through the center and found himself alone with the keeper.

The conclusion already belonged to the Greeks. At first, he didn’t manage to beat Chovan Sidcley, and after him, the substitute Šwiderski fired right next to him.

At the very end, Kašia twice shone with a perfect defensive intervention and the score did not change even after two home helmsman turns.

FC Copenhagen footballers won Thursday’s match of the 5th round of the F-group of the European Conference League (EKL) on the Lincoln Red Imps smoothly 4: 0 and secured a direct advance to the spring round of 16. 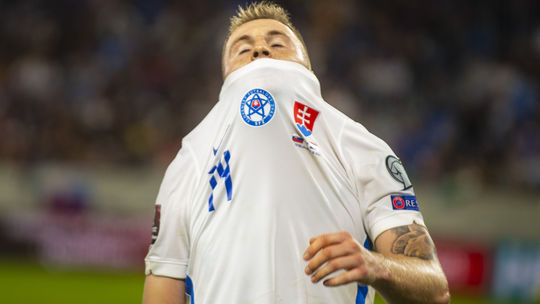 Before the final round, they have a four-point lead over Slovan Bratislava and PAOK Thessaloniki, who played a 0-0 draw and can no longer take the Danish team out of the lead.

Copenhagen had an express start in Gibraltar, already in the 7th minute it led after goals by Ísak Bergmann Jóhannesson and Lukas Lerager 2: 0.

In the second act, she controlled the events on the pitch and, after quick counterattacks, secured the victory with the interventions of William Böving and Rasmus Höjlund. She scored her fourth victory in the group, which she leads with 12 points, Lincoln is still without a point after the fifth loss in a row.

Slovak football player Michal Ďuriš helped with a goal from the penalty to draw Omonia Nicosia with FK Karabach 2: 2 in Thursday’s duel of the European Conference League. The Cypriot team could no longer advance to the elimination phase of the European competition. 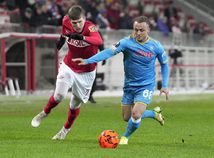 At the set time, the players of Slavia Prague, where the Slovak Ivan Schranz also works, made it to the eighth finals. They led Feyenoord 2: 1, when Mandousa overcame Dessers for the second time and equalized to 2: 2. Slavia did not take advantage of the numerous advantage in which it played from the 37th minute after the exclusion of Guuso Tila.

Vitesse Arnhem with captain Matúš Ber did not take advantage of the shocking hesitation of Tottenham, which lost to Slovenian outsider NŠ Mura 1: 2. The Dutch team drew me to Stade Rennes 3: 3.

Flora Tallinn footballers won their first victory in the B-group of the European Conference League (EKL).

In Thursday’s duel of the 5th round, they defeated Partizan Belgrade at home 1: 0 and still live the chance to advance to the elimination part from the second place. The Estonian team is two points behind the second Partizan before the final round.

One thought on “Slovan drew, the procedure is in his hands. We were scared, says Weiss – PRAVDA.sk”