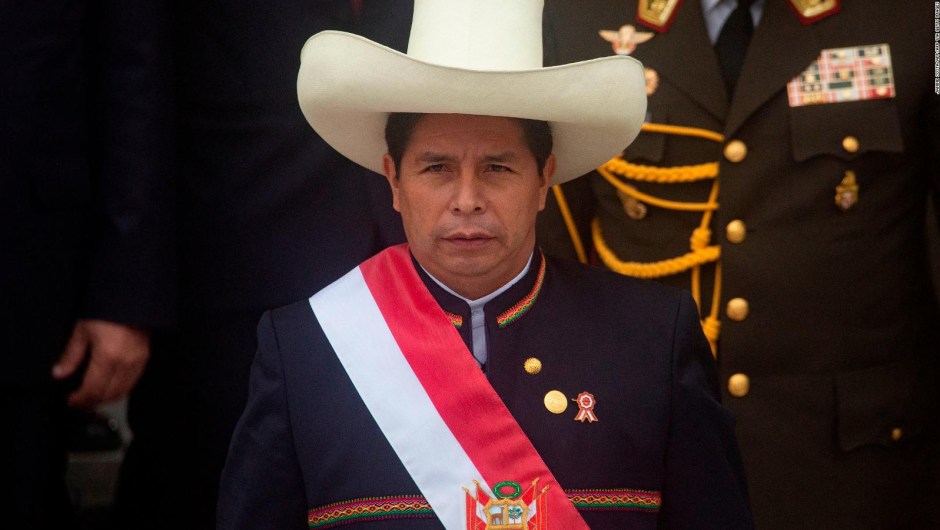 (CNN Spanish) – A group of Peruvian congressmen presented this Thursday a vacancy motion against President Pedro Castillo for “permanent immoral incapacity.” Castillo has not commented on the matter at the moment, CNN is communicating with the Government Palace to find out his position.

The document published on the Congress website is signed by 29 legislators from the opposition groups Avanza País, Fuerza Popular and Renovación Popular. The request is supported by at least seven statements. Among them, the investigation by the Prosecutor’s Office of an alleged illicit financing of the governing party, Peru Libre, in this year’s general elections and “influence peddling in promotions in the Armed Forces.”

According to the regulations of Congress, at least 26 signatures are required to present the motion. Then, 42% of the legislators’ votes are required to admit it to debate. If this occurs, in the session scheduled for voting, the president will have the right to exercise his defense together with a lawyer for up to 60 minutes. To approve the vacancy, a qualified vote of no less than 2/3 of the legal number of congressmen is required, that is, 87 votes.