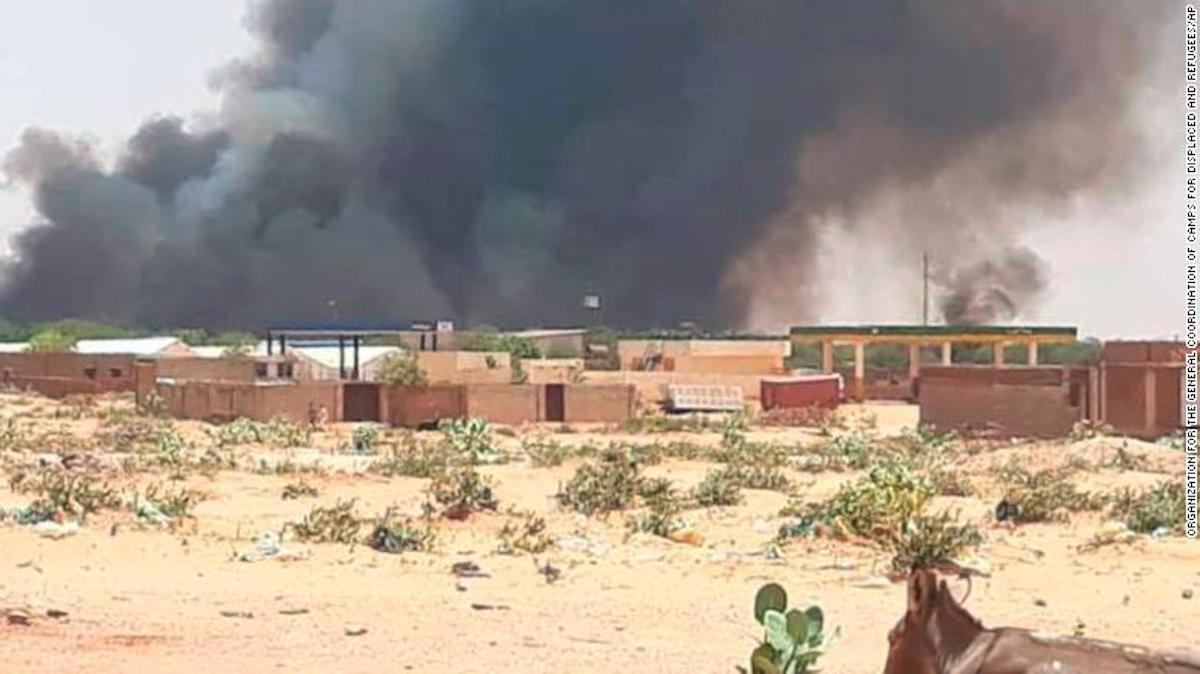 (CNN) – Nearly 50 villages in Sudan’s West Darfur province have been burned and looted in a week of intercommunal violence, according to the United Nations. At least 43 people have been killed in the violence, which began on November 17, the UN Office for the Coordination of Humanitarian Affairs (OCHA) said.

UNOCHA said a conflict had broken out between Arab nomads and farmers from the Misseriya Jebel tribe in the Jebel Moon region of West Darfur.

Around 4,300 people fled their homes, according to UNOCHA, and it is necessary to bring food, shelter and water to the area. But he added that humanitarian partners have not yet been able to verify or assess the outlook due to the security situation. Some of the displaced had crossed into Chad.

“More than 13,300 people from Jebel Moon are in crisis,” without access to food, UNOCHA said.

The conflict in Sudan’s West Dafur

A local charity volunteer, Mohammad Hasan Omar, said it was difficult to assess the number of displaced due to poor communications with the area, but had received reports that those who fled their homes were sleeping in the open.

“I have performed three surgeries on people injured by the events, all the injured people (that I attended) had abdominal injuries with bullets, one of them also had a bullet penetration in the leg,” surgeon Dr. Sulieman Adam Isaac told CNN , from al-Junaynah Educational Hospital in West Darfur.

On November 21, a delegation led by the Sultan of Darfur and including the Governor of West Darfur and representatives of the State Security Committee visited Jebel Moon. West Darfur Governor Khamis Abdullah said such violence is not new in Darfur, but “what is new is that this is happening after the singing of the Juba Peace Agreement.”

The agreement, signed last year, was designed to bring peace to Sudan and integrate armed movements into the army.

“For us, when we sign the agreement, we see it as a peace agreement, not as an agreement that is just about distributing money or having someone keep their post in an institute,” Abdullah said.

“We know there are tensions but they should remain limited, minor tensions in agriculture or among herders … but it is not absolutely acceptable that they extend into open warfare between community groups,” he added.

The Darfur region has experienced multiple outbreaks of intercommunal violence this year.