The first Thanksgiving took place 400 years ago. It was different – SME.sk 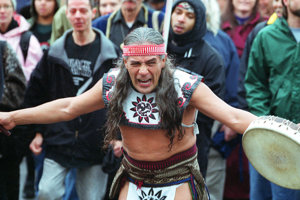 The article was originally published in the Washington Post.

PLYMOUTH. Dozens of local ranger tourists surrounded the cold waters of Plymouth Bay. Talk about the history of Plymouth Rock – a symbol of the arrival of pilgrims four centuries ago.

Other people are waiting for a tour of a replica of the Mayflower, which transported religious emigrants from Europe, known today as pilgrims, to America. At the top of the hill is an unnoticed memory of American Indians who helped starving emigrants survive.

Few come to the statue of Ousamequin, the chief of the Wampanoag people, who were once thirty to one hundred thousand and whose land lay in the area from southeastern Massachusetts to part of the state of Rhode Island.

They are not much talked about in American history. But their descendants also commemorate the 400th anniversary of the first Thanksgiving, where pilgrims and Indians met.

Related articleRelated article American Indians are not happy about Thanksgiving. They mourn because it reminds them of the genocide of their ancestors Read

The true history of what happened in 1621 is very little like the version that Americans learn in elementary schools.

Apparently no turkey was served at the time. No one had a headband with lips on his head. And the Wampanoags, without whom a feast would not be possible, were not even invited by the colonists.

Criticism of the Thanksgiving depiction is as sensitive a theme for Native Americans as the attempt to remove the statues of Christopher Columbus and the remembrance of his brutality toward the natives.

For the Wampanoags and many other tribes, the fourth Thursday in November, as Thanksgiving is celebrated in America, is a day of mourning. Because even though the Wampanoags helped the pilgrims survive, years of slow genocide of their people and occupation followed.

In order for the visitor to learn something about the history of the Wampanoags and what happened to them after the first Thanksgiving, they must travel about 50 kilometers from Plymouth to Mashpee, where there is a modest museum in a wooden building along the way.

In front of it is wetu, a traditional Wampanoag house built of sticks and tree bark, and a mishoon, Native American canoe. Inside the museum sits Mother Bear, a 71-year-old Mashpee Champagne, who sews a deerskin hat by hand. 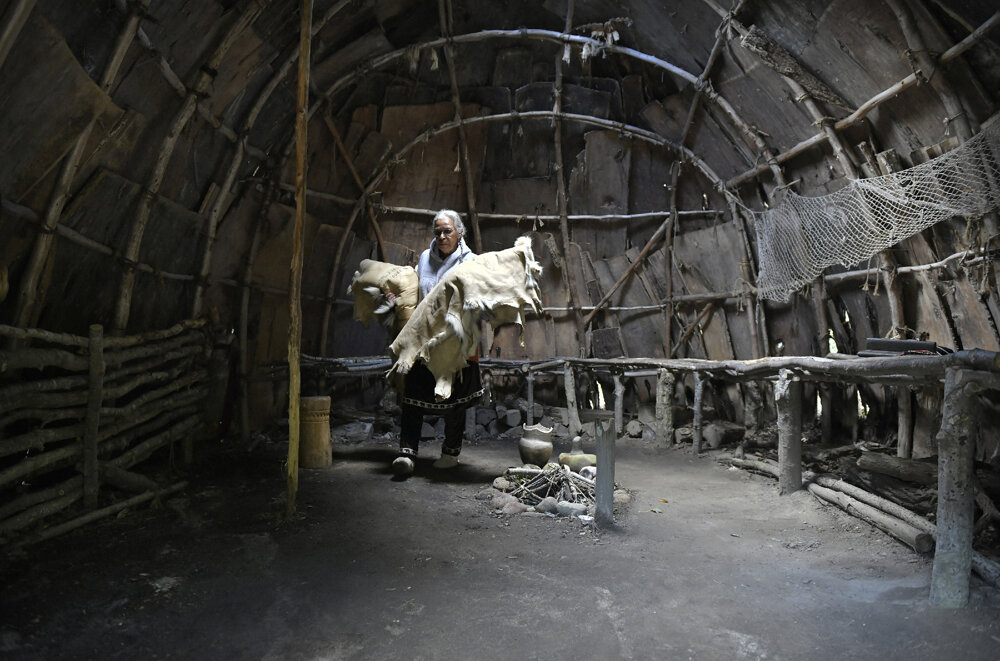 She has lived in this city all her life and is considered one of the protectors of the tribal version of the First Thanksgiving, which has turned into a catastrophe for the tribe – today it has about 2,800 members.

This story is ignored by most of the approximately 1.5 million people who visit museums and souvenir shops in Plymouth each year. The Wampanaga Museum attracts about eight hundred visitors a year.

“We don’t recognize the American Thanksgiving, it’s a marginalization and a distortion of our history,” said Paula Peters, who lectures and writes books about Native Americans.

The Wampanoags, whose name in the original language means People of the First Light, date their origins in southeastern Massachusetts at least ten thousand years ago. This country is called Patuxet.

In the 17th century, they lived in 69 villages, each with a chief, a sachem, and a healer. She had “running messengers”, members of the tribe with a good memory and stamina to run to a neighboring village to deliver the message.

They lived on fertile land, hunting deer, elk and bears in forests, herring, trout and mussels in rivers and bays. They planted corn and used the rest of the fish as fertilizer. In winter, they hid inland from bad weather, and in spring they moved to the coast.

They had traded – and fought – with European colonists since 1524.

One thought on “The first Thanksgiving took place 400 years ago. It was different – SME.sk”