Fortuna League – What about regular non-paying clubs in the league? A member of DK SFZ – ŠPORT.sk speaks 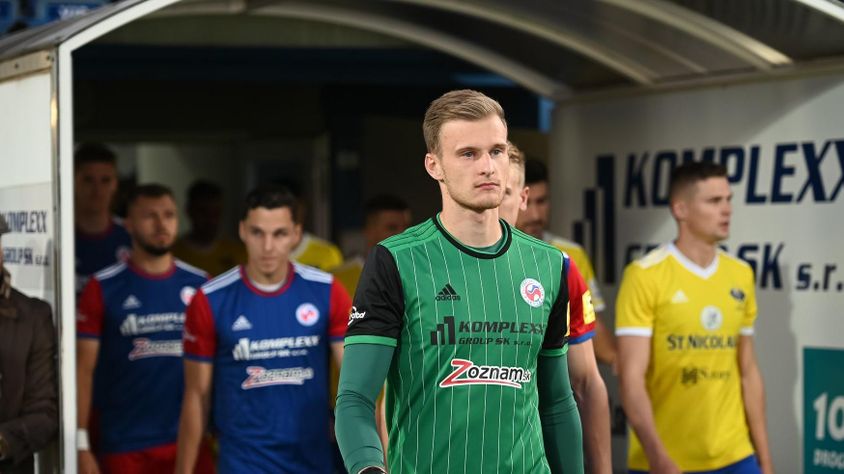 It is already a rule that during the season in the highest football league in Slovakia, a club will appear which is forced to pay out the funds it owes to the player or coach and thus to fulfill its obligations. According to a member of the Disciplinary Commission of the Slovak Football Association (DK SFZ), the “debt recovery system” works correctly.

FK Senica is also worried on the domestic scene after problems with FIFA. Záhoráci can …

In the recent past, fans of Slovak football have regularly read news about how the entire crowd of FC Nitra footballers, and not only players, are trying to get their money’s worth. The team from Zobor, which fell due to constant problems until III. league, Senica seconded the most.

The situation repeats itself! FK Senica received an ultimatum from FIFA, otherwise a tough …

How ŠPORT.sk recently informed FK Senica received an “ultimatum” from FIFA to pay off the three former players, and if they do not do so within the set time horizon, Záhorák is threatened with a ban on transfers in three transfer windows. Recently, however, the current ninth club of the Fortuna League also has a warning from DK SFZ for the unpaid amount to former FK coach Anton Šoltis.

We therefore asked DK SFZ itself how it is possible that such clubs appear in the competition almost every year and whether the SFZ Disciplinary Code (DP SFZ) can prevent similar problems or completely minimize them in the future. To the questions ŠPORT.sk replied the vice-chairman of the commission Peter Mihál.

Peter Mihál, Vice-Chairman of the Disciplinary Commission of the Slovak Football Association

What is the purpose of ensuring that those affected receive their money from clubs that do not fulfill their obligations to their employees?

“In the regulations of the SFZ, we have created a system of bodies as well as a precisely defined procedure for how the entitled entity – club, player or coach can assert its claims against another member of the SFZ. The Dispute Settlement Chamber – the football court, which, if it issues a decision that a member of the SFZ is obliged to pay a financial amount to another member, or fulfill another obligation, serves this purpose, the entitled entity may file a motion to initiate disciplinary proceedings, where DK SFZ ensure compliance with the obligation imposed.

Here, however, it is necessary to say that from a professional point of view, there is a so-called mixed execution and sanctioning power of DK SFZ, where the purpose of such disciplinary proceedings is primarily to ensure that the imposed financial obligation is fulfilled and only secondarily, if this does not happen even at the request of DK SFZ, DK SFZ will sanction the liable entity. through another safeguard measure (eg a ban on transfers until the debt is repaid) it seeks to continue to compel the liable entity to fulfill its obligations. ”

FK Senica has to pay its financial debt to former coach Anton Šoltis within less than two weeks, otherwise it risks losing points. How did DK SFZ arrive at this decision?

“In general, after receiving the initiative to initiate disciplinary proceedings, DK, together with the initiation of DK, will also set a deadline for fulfillment of the obligation (which is a maximum of 4 weeks) with a request that the debtor fulfill his obligation. DP SFZ regulates the exact procedure, if this happens A), ie the debt is paid – the proceedings are stopped because the responsibility for committing the disc has ceased. B) will not happen – in that case DK SFZ will impose a disciplinary sanction and another protective measure, which may be e.g. prohibition of transfers until the obligation imposed has been fulfilled.

One of the possible disciplinary sanctions that may be considered is, within the meaning of Art. 54 par. 2 DP SFZ also subtraction of points. It is obvious that the choice of the type and amount of the sanction is fully within the competence of the relevant DK, but it should be such that it is tangible for the obligated entity and at the same time dissuasive for other SFZ members who do not fulfill their obligation or duty. ”

FK Senica is facing sanctions, coach Anton Šoltis has not received either of the two …

When is the option of a 4-week suspension of the club’s sports activities used?

“The length of this period is at the discretion of the relevant disciplinary board, which should also reflect the amount of the debt owed, so that the liable entity is able to fulfill its obligation within the given period.

However, it needs to be clarified here that the consequence of the safeguard measure is the suspension of the competition activity while setting the deadline for performance together with the call for performance, it is not that the club will subsequently be deducted points for all matches played. The safeguard measure here acts as a warning to the liable entity that if it fails to comply with the obligation within the specified deadline, its punishment will automatically follow. ”

We know from the recent past and the present that similar cases are repeated regularly in connection with FK Senica. Wasn’t it more appropriate to use four weeks in the recent decision? Because it is realistic that Senica will not get any point and therefore it will not be possible to take anything away from him, ie if he does not pay the amount due to coach Šoltis within the set time.

Do you think that the current sanctions for clubs that DK SFZ can apply from the DP are strict enough to force the “perpetrators” to fulfill their obligations?

“DK SFZ so far in connection with the so-called he did not impose any sanction by enforcing a debt obligation of a financial nature, as the enforcement purpose for which the disciplinary proceedings were initiated, namely to force the obligated club to pay, was always fulfilled. However, the SFZ DP provides sufficient resources for compulsory entities (which may be not just clubs) to be forced to fulfill their contractual obligations. It is the “statistics” of 100% debt recovery that clearly indicate this. ”

An amendment to the DP is planned in the future so that cases such as FK Senica will not be repeated in the future, or completely minimized? For example, that DK SFZ could have harsher penalties if the club repeatedly violates the rules.

“We are of the opinion that the path indicated by you – the amendment to the DP – is not the key to achieving that the members of the SFZ fulfill their contractual obligations to each other. DP SFZ is a sanction regulation, it only addresses the consequence, in the form of disturbed contractual relations, it does not address the source of the consequence, and that is the possible insolvency of the contracting party.

Even outside of sports, the debtor goes into foreclosure or bankruptcy, if his assets are not enough to repay his debts. I would also like to point out that SFZ has 1,692 clubs (4,865 teams), a total of around 100,000 players, referees, coaches, delegates and other officials, between whom tens of thousands of contractual or other financial relationships arise each year. thanks to the combination of the legal and information system of the SFZ, more than 98 percent payment discipline is ensured, which is probably only in few companies or communities.

Neither the executor nor the insolvency administrator can impose sanctions on the debtor, but try to recover the amount owed from him. In June 2021, a relatively extensive amendment to the SFZ DP was adopted, the result of which was a more precise adjustment of the DK SFZ procedure precisely in situations where the liable entity does not fulfill its obligations. However, the aim of this amendment was not to adjust the conditions so that debts did not arise but were effectively recovered.

It is not within the competence of DK SFZ to enter into contractual relations when concluding them and even when fulfilling them, if their validity is still in force. It should be noted that the preparation of the amendment to the SFZ DP (which also resulted in the drafting of Article 54 of the SFZ) underwent an extensive discussion in which all components of football events were actively involved, ie not only the SFZ and its individual members, but also individual so-called professional organizations – that is, referees, delegates, clubs and their associations (ÚLK, 2. Liga) and players (ÚFP and LOSS) – and the result is this wording, and this process, which I will just repeat, works for us. ”

The football public often criticizes DK SFZ for some decisions and also the SFZ Licensing Commission for releasing clubs into the league that repeatedly fail to fulfill their obligations, which is also a bad advertisement for Fortuna League and the whole Slovak football. From your personal point of view, do you think criticism of people is appropriate?

“I do not know how to comment on the licensing procedure from the position of DK SFZ. However, it is a procedure whose rules are under UEFA’s supervision, so that in all UEFA member states a licensing procedure can take place according to uniform standards, and based on its results, no club with outstanding debts should be allowed to enter the highest Slovak competition.

However, the declared financial possibilities of the clubs may change during the competition year. Regarding the possibilities of DK SFZ’s influence on financial discipline, I will basically summarize what I stated above: It is within the competence of DK SFZ to discuss and punish disciplinary offenses. Non-fulfillment of contractual obligations is a fault only if it is not fulfilled in disciplinary proceedings.

Despite any decision, we cannot ensure that a certain entity is or is not admitted to the competition. It is a complicated topic, but I will emphasize again, if we have initiated disciplinary proceedings, the receivables have always been paid. I cannot influence whether an entity will fulfill its contractual obligations ‘for the future’, which have been voluntarily agreed by both parties.

We can only ensure resp. offer a system that in the event that those contractual relationships are disrupted, we guarantee that we will do our utmost to ensure that they are recovered under the conditions of the SFZ. If we do not succeed, we can take such a measure that the obligated subject feels it and may even be prevented from performing sports activities, even until the next year. ”

One thought on “Fortuna League – What about regular non-paying clubs in the league? A member of DK SFZ – ŠPORT.sk speaks”