The facts you did not know about Fidel Castro 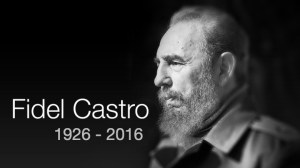 (CNN) – These are some of the most outstanding facts about Fidel Castro, the leader of the Cuban Revolution.

SPECIAL: The life and work of Fidel Castro

He led the overthrow of the Batista dictatorship in Cuba in 1959.

He made Cuba the first communist country in the Western Hemisphere.

He brought social reforms to Cuba but has been criticized for violations of human rights and freedom of expression.

During his time in office, thousands of Cubans sought exile in the United States.

1947 – Castro participates in a failed rebellion in the Dominican Republic against Generalissimo Rafael Trujillo.

1952 – Castro is running for parliament. The government is overthrown on March 10, 1952 by Fulgencio Batista and the elections are suspended.

July 26, 1953 – Castro and 150 others attack the Moncada military barracks in Santiago de Cuba in a failed attempt to overthrow the Batista regime.

May 15, 1955 – Fidel and Raúl Castro are released as part of a general amnesty for political prisoners. They are exiles and between 1955 and 1956 they live in the United States and Mexico. While in Mexico they meet the Argentine doctor Che Guevara. The three organize a group of Cuban exiles to form a new guerrilla group.

December 2, 1956 – Eighty-two exiles make landfall in Cuba on a yacht called ‘Granma’. Most are killed immediately. The survivors, including Guevara and the Castros, flee to the Sierra Maestra mountains. Between 1957 and 1958 they maintained a guerrilla campaign from this base, which included skirmishes with government troops and the burning of sugar cane crops.

May 8, 1960 – Cuba and the Soviet Union establish formal diplomatic relations.

April 17, 1961 – A group of some 1,300 Cuban exiles make landfall at Playa Girón (Bay of Pigs). Armed with American weapons, they made a failed attempt to overthrow Castro. Finally, the survivors were released in December 1962 in exchange for $ 53 million in food and medicine.

December 3, 1976 – Castro is elected president of the Council of State. This new title replaces the offices of President and Prime Minister.

August 19, 1994 – President Bill Clinton announces the end of the United States’ “open door” policy for Cuban refugees, established by President Lyndon Johnson in 1966. From then on, Cubans intercepted at sea will be repatriated, but to those who make landfall they will be allowed to stay, a policy known as “dry foot, wet foot.”

From January 21 to 25, 1998 – Castro receives Pope John Paul II on a five-day historic visit. It is the first visit of a Pope to Cuba in history.

June 23, 2001 – Castro appears ill during a speech and is helped from the podium.

Spring 2003 – Castro cracks down on dissidents and imposes long sentences on 75 arrested activists.

July 31, 2006 – A statement read on Cuban television announces that Fidel Castro is going to undergo intestinal surgery, and provisionally hands over power to his younger brother, Raúl. This arrangement is expected to last for several weeks while Fidel Castro recovers.

October 29, 2007 – Castro publishes his autobiography “One Hundred Hours with Fidel” in Great Britain. The book is a series of interviews with the journalist Ignacio Ramonet. It is published in the United States in early 2008.

February 19, 2008 – Due to his health problems, Castro announces his resignation as president in a letter published overnight in an online version of the Cuban state newspaper Granma.

December 4, 2008 – In an essay, he writes that Cuba would be willing to speak with the government of President Barack Obama.

March 22, 2011 – In an essay published in the Cuban state media, Fidel Castro writes that he resigned as the head of the communist party when he fell ill on July 31, 2006 and never tried to resume his position.

February 3, 2012 – Fidel Castro publishes the second volume of the memoirs of his life: “Fidel Castro Ruz: Guerrillero del tiempo”, based on conversations with the journalist Katiuska Blanco.

October 22, 2012 – The Cuban government increases efforts to demonstrate that Castro is in good health. Former Venezuelan Vice President Elías Jaua claims he was received by Castro and shows reporters a photo of the two of them together. The state media also published an article signed by Castro where he denounced the rumors.

January 26, 2015 – A letter supposedly written by Castro supports the incipient talks to restore diplomatic relations between Cuba and the United States, although Castro says he still “does not trust” US policies.

April 19, 2016 – Castro talks about his mortality at the end of the Communist Party Congress: “I will soon be 90 years old, I would never have imagined that this would happen to me and it is not the product of effort; it is fate, soon I will be like everyone else. hour”.