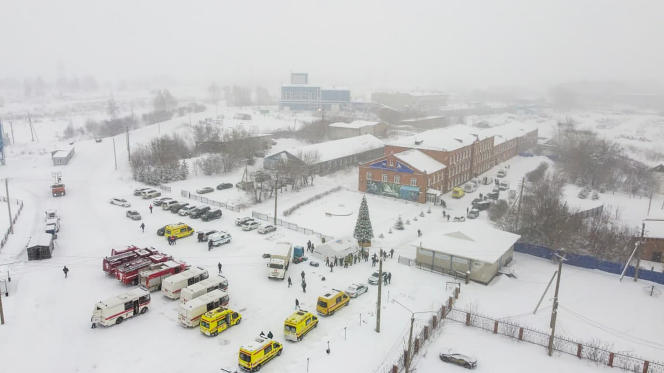 Another disaster in the mines of Russia. At least 11 people have been killed and 46 are missing following an accident at a coal mine in Siberia on Thursday, November 25. The causes were not immediately known.

Authorities said they received an alert at around 8:35 a.m. local time (12:35 a.m. PST) about the presence of smoke in the Listviajnaya mine, which is in the town of Gramoteïno, in the Siberian region of Kemerovo. , where many coal mines are located. According to the press service of the local governor, Sergei Tsivilev, 285 people were in the mine at the time of the accident.

The missing have not been located

” No contact “ has been established with the missing minors, added the same source. Their location “Is not known at the present time”, specified the local official of the ministry, Alexeï Choulguine, quoted by the press agency TASS.

“Rescue operations at the Listviajnaïa mine are underway. A total of 237 people were brought to the surface ”, the Russian emergency ministry said on Telegram. Forty-three people were hospitalized, four of them in serious condition.

Russian President Vladimir Putin expressed his “Deep condolences to the families of deceased minors”, said his spokesperson, Dmitry Peskov, adding that he hoped that “People underground can be rescued”.

An accident in the Listviajnaya mine had already taken place in October 2004, when a methane explosion killed 13 people. According to Russian media, an explosion also killed five people there in 1981, during Soviet times.

According to a statement from local authorities, 19 specialized rescue teams from the ministry are on site and trying to reach the most remote gallery of the mine, where the missing people could be. However, the rescue operations had to be interrupted due to a risk of explosion.

The local investigation committee specified for its part that an investigation for “Violation of safety standards” had been launched. The mine is owned by SDS-Ugol, one of Russia’s largest coal producers.

Accidents in mines in Russia, as elsewhere in the former USSR, are often linked to laxity in the application of safety standards, poor management, or dilapidated equipment dating back to Soviet times.

The deadliest accident in recent years left 91 dead and more than a hundred injured in May 2010 in the Raspadskaya mine, also in the Kemerovo region.

More recently, in October 2019, the rupture of an illegal dam at a gold mine in Siberia left 17 people dead. In the same month, three people were killed after an accident in a mine of the Norilsk Nickel group, the world’s largest producer of nickel and palladium, in the Arctic. In August 2017, eight workers were missing following the flooding of a diamond mine operated by the Russian group Alrosa in Siberia. The world’s leading producer of diamonds, Alrosa had announced the abandonment of the search after three weeks of relief operations.

One thought on “Russia: at least eleven dead and fifty missing following a coal mine accident – archyworldys”