Accusations of sexual violence against Nicolas Hulot: “He received scandalous support from – Franceinfo 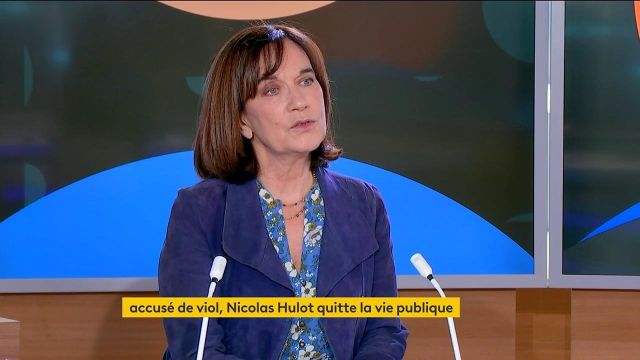 The senator (PS) of the Oise and former minister of women’s rights, Laurence Rossignol was, Wednesday, received in “Your political guest” on the franceinfo channel. She referred to the accusations of sexual assault and rape of which Nicolas Hulot, former Minister of the Environment, is the subject.

On the eve of a number of “Special Envoy” in which several women accuse Nicolas Hulot of sexual assault and rape, the former Minister of the Environment announced, Wednesday, November 24 on BFMTV, leave “definitively” public life. In 2018, while Nicolas Hulot was in government, a magazine had already revealed the existence of a complaint for rape, filed in 2008, against him. The case had been closed due to the statute of limitations. At the time, he “received absolutely scandalous support from his colleagues in the government” declared Laurence Rossignol, senator (PS) of the Oise and former minister of women’s rights, Wednesday November 24 in “Your political guest”.

The Minister for Gender Equality at the time Marlène Schiappa, had shown her support for her colleague: “The Hulot affair offers a golden opportunity for those who want to discredit him.” To which Laurence Rossignol replies that she had “found that the Hulot affair offered a golden opportunity to show how difficult it is to take into account the sexual turpitudes of men in power”.

One thought on “Accusations of sexual violence against Nicolas Hulot: “He received scandalous support from – Franceinfo”