Davis Cup: new formula, France team, favorites … What you need to know before the start of the competition – Franceinfo 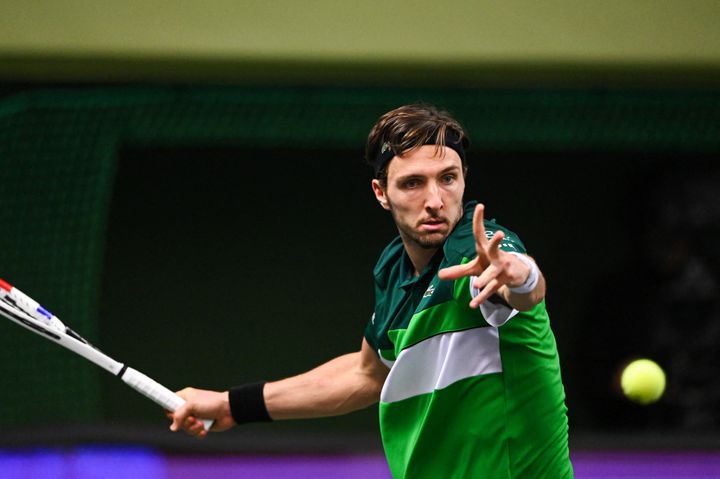 Since 2019, it is now the new end-of-season meeting for men’s tennis. Canceled last year, the Davis Cup is back, in its new formula concocted by the Kosmos group, owned by footballer Gérard Piqué.

The eighteen qualified nations or, like France, invited, will compete for the silver bowl during eleven days of competition, from Thursday, November 25 and in several places on the continent.

Its launch in 2019 had generated many reactions. After 118 years of existence, the “Tennis World Cup” was making its revolution. Exit the season spread over the whole year, in favor of a competition collected in one place and in one week. To rekindle the flame of a competition sometimes deemed too energy-consuming for the players, the format of the matches has also been reduced. From victories to the best of five games (four singles, one double) the format has evolved into three games (two singles, one double). The matches are now played in two winning sets.

At the end of the group stage, the leaders of each group accompanied by the two best runners-up will qualify for the final draw. It will start with quarter-finals.

A competition divided into three countries

Madrid (Spain), Innsbruck (Austria) and Turin (Italy). These are the three host cities for the 2021 Davis Cup. Each of these cities will host three groups of three teams. The quarter-finals will then be equally distributed in these three cities. On the other hand, the semi-finals and the final will be played at the Madrid Arena, in the form of a “Final Four”.

In this period still marked by the health crisis, spectators will not be accommodated in the same boat depending on the country. In Innsbruck, which will host the group from France, the matches will be played without an audience. The situation will be different in Italy and Spain, where the countries are not subject to containment.

“Youth and experience” for France

When announcing his group, captain Sébastien Grosjean had justified his choices by his desire to “mix youth and experience”. Alongside the indestructible Mahut-Herbert pair for the doubles, just crowned at the Masters, and the experienced Richard Gasquet, the captain surprised his world by not retaining Gaël Monfils, selecting Arthur Rinderknech instead. At 26, the one who has never made a second round at the US Open 2021, honors his first selection.

The Frenchman, Arthur Rinderknech, during the tournament in Stockholm (Sweden), on Thursday, November 11, 2021. (JONATHAN NACKSTRAND / AFP)

Finally, Grosjean called in reinforcement two new players: Hugo Gaston and Adrian Mannarino, while Ugo Humbert, first selected, finally ended his season. If the first city was finally sidelined for the benefit of veteran Richard Gasquet, the French coach has sent a strong message and which predicts a passage of witnesses between two generations.

The Blues will start their tournament on Thursday at 4 p.m. against the Czech Republic. Two days later, still in Innsbruck, they will find Great Britain.

Spain and Russia in favorites

Defending the title, Spain can count on two Top 20 players: Roberto Bautista Agut and Pablo Carreno Busta. Winner of the Next Gen ATP Finals, the young Carlos Alcaraz will also be in the game. In this same group, Russia will look great with Masters finalist Daniil Medvedev (world No. 2) and Andrey Rublev (No. 5). Novak Djokovic (No.1, Serbia), Jannik Sinner (No.10, Italy), Cameron Norrie (No.12 Great Britain) will also take their team.

On the contrary, the recent Masters winner, Alexander Zverev (n ° 3, Germany), by choice, Stefanos Tsitsipas (n ° 4, Greece), not qualified, and Matteo Berrettini (n ° 7, Italy), forfeit, will not be not in the game.

One thought on “Davis Cup: new formula, France team, favorites … What you need to know before the start of the competition – Franceinfo”