Migrants from 3 countries paid $ 2.2 billion trying to reach the United States. Most of it was for human traffickers 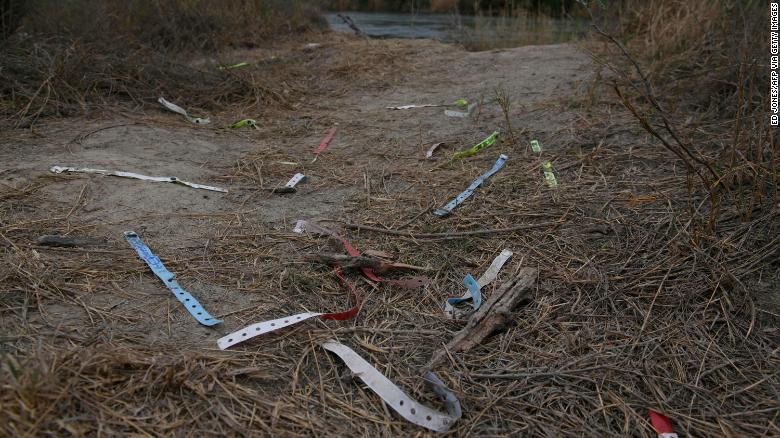 (CNN) – Migrants from Guatemala, Honduras and El Salvador spend $ 2.2 billion each year trying to reach the United States, with most of that money going to human smugglers, according to a new report.

The estimate of annual costs during the last five years, derived from surveys of thousands of households in these three Central American countries, shows a bleak picture of the price of migration and of who is benefiting.

“That is an extreme amount of money,” said MIT associate professor Sarah Williams in a release announcing the publication of the report. “Those US $ 2,200 million are paid by the migrants themselves, so the risks, both in terms of debt and personal risk, are assumed by the migrant.”

The report, published this week by the Migration Policy Institute, the World Food Program and the Massachusetts Institute of Technology’s Civic Data Design Lab, details the motivations and costs of migration from the region.

Migrants from Guatemala, Honduras and El Salvador who travel outside legal channels with smugglers pay about $ 1.7 billion a year, the report says. Migrants traveling outside the legal channels of those countries in caravans or alone shell out around US $ 230 million each year. And those who migrate through legal channels spend around US $ 240 million.

The big numbers are particularly significant when you think about where else that money could go, such as funding for development projects and public works, says Ariel Ruiz, a co-lead author of the report and a policy analyst at the Migration Policy Institute.

“It’s important to not only talk about the cost, but also the potential and opportunity that is being diverted,” he says.

We want work, says a migrant in Mexico heading to the US. 2:11

Paying human smugglers is the most expensive way to migrate

In the past, some researchers have reached even higher figures when estimating the size of the smuggling industry.

A 2018 UN report estimated that the business of trying to get people to enter Mexico and the United States illegally was worth roughly $ 4 billion a year.

To arrive at the estimates included in this week’s report, Ruiz says the researchers surveyed thousands of households in the region to determine the average amount paid in their attempts to migrate to the United States. They then extrapolated based on the number of people who migrated from El Salvador, Guatemala and Honduras.

On average, respondents reported that migrants who paid human smugglers spent about $ 7,500, including the cost of food and travel, in addition to smugglers’ fees.

Migrants traveling alone or in caravans spent an average of US $ 2,900 and those using regular immigration channels, such as student visas or refugee resettlement, spent US $ 4,500.

Some run into debt that can be difficult to pay, especially if migrants fail to reach the United States, the report notes.

Why these migrants make the journey

The wait for Haitian migrants in Mexico to cross into the United States. 2:58

Among the other findings:

• The vast majority (92%) of those surveyed said that economic reasons were behind the decisions to migrate. Climatic disasters, violence and food insecurity were other factors noted. The amount spent on migration is “a lot of money,” says Ruiz, “but in perspective, the return on investment is significant when many of them are in such precarious conditions in their countries of origin.”

• Almost a third of households (29%) reported having received money from migrants abroad. They described that money as a lifeline used to cover living costs and immediate expenses.

Bracelets worn by smugglers and inscribed with the names of immigrants who illegally crossed from Mexico into the United States seeking asylum.

The report’s authors urge governments to do more

AMLO in trilateral meeting: Why not open the migratory flow? 6:50

The report’s release comes weeks after US officials announced they had made more than 1.6 million arrests for illegal crossings on the US-Mexico border over the past year. It was the highest annual number of arrests on record.

The organizations backing the report recommend that governments do more to address the root causes of migration in Central America. That’s something US officials have said they are working on, as have other leaders in the region.

But those efforts will take time, Ruiz says.

As a starting point, the report’s authors recommend expanding social protection programs and stimulating investment to increase economic opportunities in the region.

Another key recommendation: that the United States and other countries offer more legal avenues for migrants from Central America.

If that happens, the report says, more of the money migrants spend would go to governments rather than clandestine smuggling networks.

One thought on “Migrants from 3 countries paid $ 2.2 billion trying to reach the United States. Most of it was for human traffickers”