Solomon Islands: several buildings set on fire in the capital 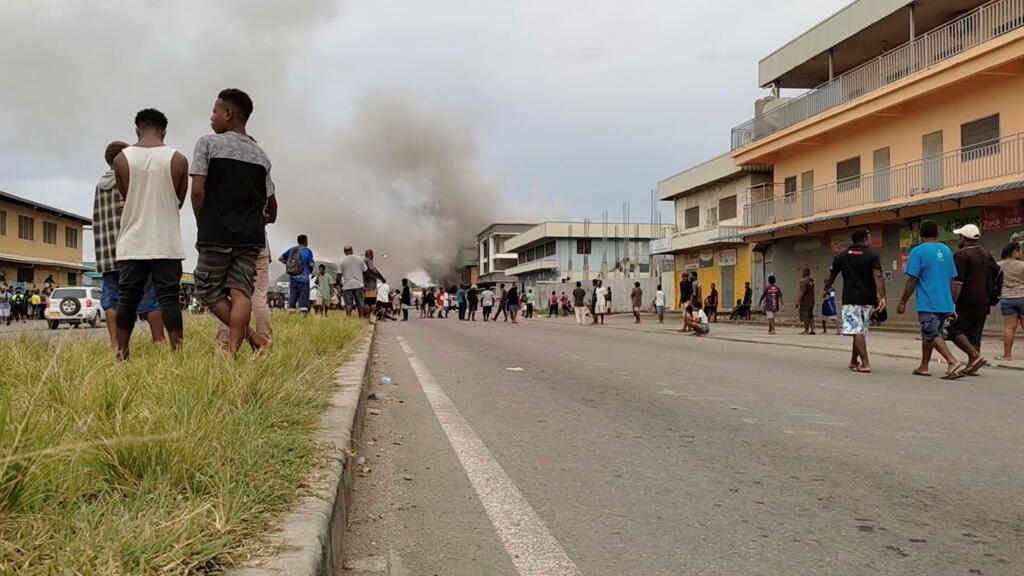 Residents of the Solomon Islands braved government-imposed lockdown on Thursday and demonstrated again in the capital, setting buildings on fire. The prime minister is facing pressure after his decision in 2019 to end diplomatic ties with Taiwan and establish formal ties with China.

Several buildings were set on fire Thursday, November 25, in Honiara, the capital of the Solomon Islands, according to witnesses, and thousands of demonstrators invaded the city’s Chinatown, demanding the resignation of Prime Minister Manasseh Sogavare.

Witnesses and local media reported a crowd braving the curfew, imposed following the riots the day before, to take to the streets.

Live footage showed buildings in flames and the plume of thick black smoke rising above the capital.

On Wednesday, hundreds of people demonstrated, demanding the resignation of the Prime Minister, before going to the Chinese quarter of Honiara, where they burned a police station and looted businesses until the police intervened with teargas.

Following these incidents, Manasseh Sogavare ordered an immediate curfew in Honiara, deploring a “sad and unfortunate event aimed at bringing down a democratically elected government”.

He also asked for help from Australia which has agreed to send a peacekeeping force to “ensure stability and security”, in the words of Australian Prime Minister Scott Morrison.

Demonstrators from the neighboring island of Malaita are said to have taken part in the violence to protest against the decision, in 2019, to transfer its diplomatic recognition from Taiwan to China.

The Solomon Islands chose to recognize Taiwan in 1983, and many residents of Malaita had close ties with Taipei. The government of this island has regularly criticized Honiara for having approached Beijing in this way.

This Pacific archipelago, independent of the United Kingdom since 1978, had sunk into inter-ethnic violence in the early 2000s. New tensions had led to the deployment between 2003 and 2013 of a peace force led by Australia.

Riots broke out in Honiara’s Chinatown during the 2006 legislative elections, following rumors that companies close to Beijing had rigged the vote.

Opposition leader Matthew Wale urged Manasseh Sogavare to resign, assuring that the unrest would not end with a police-framed curfew.

“Unfortunately, the frustrations and the anger returned by the people against the Prime Minister are spreading uncontrollably in the streets, where opportunists are taking advantage of the situation,” he said in a statement obtained by AFP.

One thought on “Solomon Islands: several buildings set on fire in the capital”