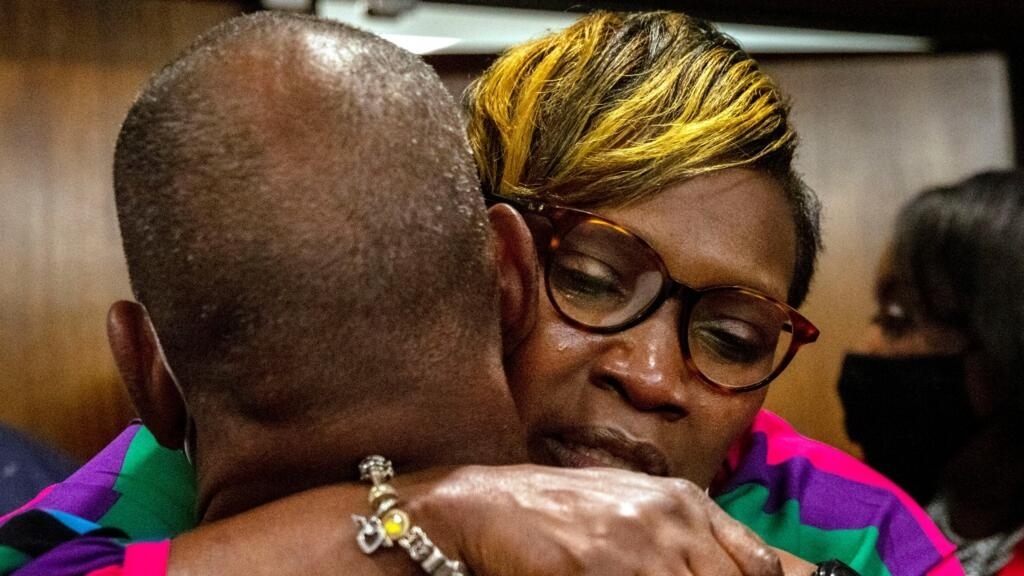 Three white men accused of the murder of black jogger Ahmaud Arbery in 2020 in Georgia were found guilty on Wednesday, after a trial marked by the question of racism. They face life imprisonment.

Three white Americans were convicted on Wednesday, November 24, of the murder of African-American jogger Ahmaud Arbery, whom they had prosecuted and then shot dead in February 2020 in the state of Georgia. President Joe Biden immediately welcomed the verdict, while acknowledging that “a lot of work” remained to be done before achieving racial equality.

Travis McMichael, 35 and perpetrator of the fatal shots, his father Gregory McMichael, 65, and their neighbor William Bryan, 52, who participated in the chase by filming it, were on trial in Brunswick, Georgia, southern state. of the United States still deeply marked by racism and segregation. They had long enjoyed a certain leniency from the authorities: it took nearly three months and the dissemination of images of the tragedy for them to be arrested.

The twelve jurors, including only one black man, deliberated for more than eleven hours to reach a unanimous verdict on the multiple counts of murder of varying degrees that weighed against the defendants. The three men face life imprisonment and the sentence will be pronounced later.

In the room, Ahmaud’s father, Marcus Arbery, gave a cry of joy when Travis McMichael was found guilty. Outside the court, the announcement of guilt was greeted by protesters who chanted Ahmaud Arbery’s name.

“It’s been a long and difficult fight,” her mother, Wanda Cooper-Jones told the crowd. “I never thought I would see that day arrive, but God is good.” This verdict shows that “yes, black lives matter,” said Pastor Al Sharpton, a figure in the struggle for African-American civil rights, using the famous slogan of the anti-racist movement Black Lives Matter. “The spirit of Ahmaud has defeated the mob of lynchers,” said lawyer Ben Crump, who has defended the families of many victims of police violence.

Prosecutor Linda Dunikoski paid tribute to Ahmaud Arbery’s parents who “trusted us to do justice” to their son. While many questions arose about the impartiality of jurors, the verdict proves that “the jury system works,” she said.

On February 23, 2020, the 25-year-old was jogging in this coastal town in the south-east of the country when he was chased by the three men in their cars. After an altercation, Travis McMichael opened fire and killed the jogger. The three defendants then assured to have taken him for a burglar operating in the vicinity and had invoked a law of Georgia then authorizing ordinary citizens to make arrests.

The racial dimension of this case was underlying during the trial, which lasted more than a month, and observers worried about possible manifestations of anger if the three men emerged free.

The acquittal last week of a young white man, Kyle Rittenhouse, who killed two people on the sidelines of anti-racist protests in 2020 in Wisconsin, has already sparked a stir across the country.

Travis McMichael’s lawyer Jason Sheffield assured after the verdict that his client and his father “really believed what they were doing was the right thing to do”.

The governor of the state, Brian Kemp, on the contrary considered that Ahmaud Arbery had been “the victim of a self-proclaimed justice which has no place in Georgia”. The Republican had repealed in May this law on citizen arrests, which dated from the Civil War.