The vaccine without messenger RNA, a false solution for supporters of the vaccine choice – Guadeloupe the 1st – Overseas the 1st 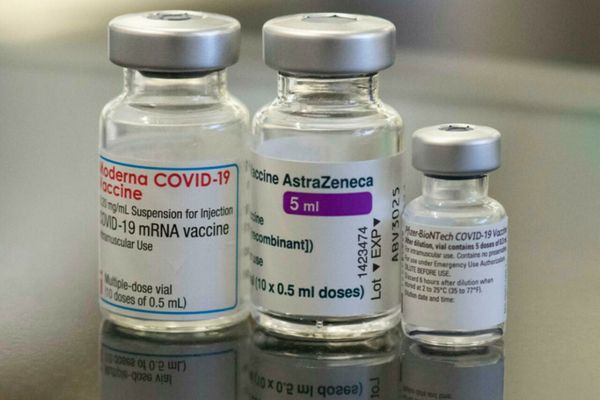 During their meeting with the government, Guadeloupe elected officials made proposals to facilitate a way out of the crisis on the ground. Among them, offering caregivers reluctant to use messenger RNA a vaccine that lacks it. A suggestion rejected by the target audience

Receive a vaccine without messenger RNA. The proposal was in all conversations during the demonstrations of caregivers in Dothémare on Wednesday. Like everyone else, they heard it on the various media and many then had the feeling of not being understood by elected officials.
A vaccine without messenger RNA for people who are fundamentally against the vaccine obligation. For the most part, they automatically reject this proposal.

On the form, by making such a proposal to caregivers reluctant to vaccination, the government was sure to take a step by opting for vaccines that are hardly administered in France. But the opposition of caregivers lies in the first place in the freedom of choice.
In fact, with this new vaccine, vaccination remains an obligation.
Basically, it should be noted that vaccines without Messenger RNA are vaccines designed in a more conventional manner from viral vectors. These are essentially the vaccines of the AstraZeneca and Johnson & Johnson brands. Their composition approach is as follows: A specialized attenuated virus (= vector) is used to convey the elements necessary for future protection (the protein (s) of interest and / or its genetic sequence (s) ( s)) to the cells and thus expose them to the immune system.

A messenger RNA problem that will inevitably arise for additional doses

It should be noted in fact that the Janssen vaccine initially provided for only one dose. However, for more effective protection, the French National Authority for Health (HAS) now recommends a booster (2nd dose) with a messenger RNA vaccine (Pfizer-BioNTech or Moderna), from 4 weeks after the first injection.

With regard to the AstraZeneca vaccine, the problem is even more complex. Indeed, considered less effective by the government, the British vaccine contract was not renewed after June. However, for the approximately 500,000 people who received it in the first dose, the High Authority for Health (HAS) recommends that they be injected with a messenger RNA vaccine (Pfizer-BioNTech or Moderna) in the second dose.

See : Covid-19: you have been vaccinated with AstraZeneca, your questions about the second dose are being answered

There will always remain the prospect of the French vaccine of Sanofi. At present, the vaccine developed by Sanofi and GSK is still in the testing phase. After the end of research on a messenger RNA vaccine, the French pharmaceutical company hopes to enter the booster dose market, with an arrival on the market in early 2022.

This means that committing today to a vaccine solution without messenger RNA to lead caregivers reluctant to the vaccine obligation to be vaccinated, poses in itself more problems than it solves. But that’s sure to be underlined when the discussions really begin.

One thought on “The vaccine without messenger RNA, a false solution for supporters of the vaccine choice – Guadeloupe the 1st – Overseas the 1st”