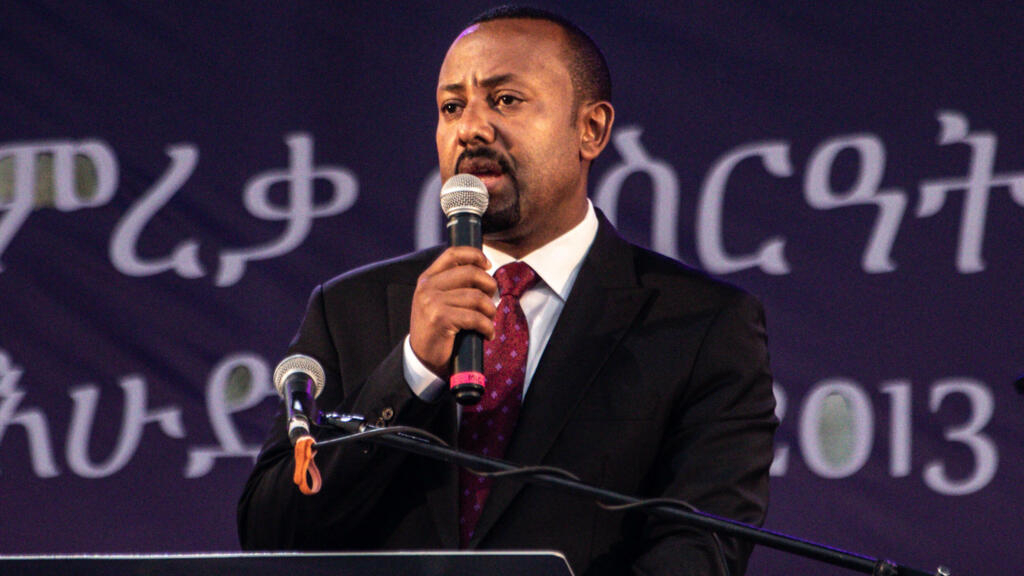 According to an Ethiopian state media, Prime Minister Abiy Ahmed took on the battlefield on Tuesday the head of the “counter-offensive” against the Tigray rebels who threaten the capital. For his part, the UN boss called on Wednesday for an immediate ceasefire.

Ethiopian Prime Minister Abiy Ahmed is at the front where he is leading the government forces “counter-offensive” against rebels from the Tigray region who threaten to take the capital Addis Ababa, official media said Wednesday (November 24th) .

Abiy Ahmed, 2019 Nobel Peace Prize Laureate, “is now leading the counteroffensive” and “leading the battlefield since yesterday,” Fana Broadcasting Corporate reported, saying that in Addis Ababa Deputy Prime Minister Demeke Mekonnen now manages “current affairs”. It was not possible to know the exact whereabouts of Abiy Ahmed, a former army radio operator turned lieutenant colonel. Fana did not broadcast images of him on the pitch.

The UN Secretary General, Antonio Guterres, on a visit to Colombia, launched on Wednesday evening an “urgent call” for an “immediate and unconditional ceasefire in order to save” the country, after more than a year of ‘a conflict marked by the specter of famine.

The war started in Tigray in November 2020 when Abiy Ahmed sent the federal army there to remove the authorities, from the Tigray Liberation Front (TPLF), who challenged his authority and whom he accused of having attacked military bases.

Abiy Ahmed proclaimed victory three weeks later, after the capture of the regional capital Mekele. But in June, the TPLF retook most of Tigray and continued its offensive in the neighboring regions of Amhara and Afar. This week, the TPLF claimed to control Shewa Robit, 220 km northeast of Addis Ababa.

An Olympic medalist as a rookie

On Wednesday, hundreds of new army recruits, urged by Abiy Ahmed to “join the survival campaign” according to Fana, attended a ceremony in Addis Ababa. “I was amazed when I heard” that the prime minister wanted to join the soldiers on the ground, Tesfaye Sherefa, a 42-year-old driver who was among the conscripts, told AFP. “When a leader leaves (…) his throne it is to save his country. His goal is not to live but to save his country, and I cried when he said + follow me + and went on the front line. “

Among those who have pledged to fight is marathon runner and Olympic medalist Feyisa Lilesa, who said the rebel advance represented a “great opportunity” to defend the country. “When a country is desecrated, it’s impossible for me not to move and just watch,” he told another official media outlet, Ethiopian BC.

At the Rio Games in 2016, Feyisa Lilesa made the headlines by crossing the finish line of the marathon with raised arms and cross – a gesture of solidarity with her Oromo people, whose protests against the power, then long held in the hands of the TPLF, were under heavy repression.

The government continues to claim that the progress of the TPLF is exaggerated, denouncing sensationalist media coverage and security recommendations from embassies deemed alarmist.

The UN expressed concern on Wednesday after reports of large-scale population displacements in western Tigray, where Washington has already warned of ethnic cleansing.

London on Wednesday called on its nationals to leave Ethiopia “immediately”, citing a rapid “deterioration” in the situation. France, Italy, Germany, Ireland and the United States have made similar appeals. Washington, London and the European Union have also withdrawn their non-essential personnel while the UN will evacuate the families of its international employees by Thursday.

Separately, Ireland announced on Wednesday that Ethiopia had asked four of its diplomats to leave the country by next week. The Foreign Office said the move stemmed “from the positions Ireland has expressed internationally (…) on the ongoing conflict and humanitarian crisis in Ethiopia.”

For its part, Paris called on Wednesday for the establishment of a ceasefire and a “political dialogue” between belligerents in the country.