Champions League: Real, Inter and Sporting qualified for the round of 16 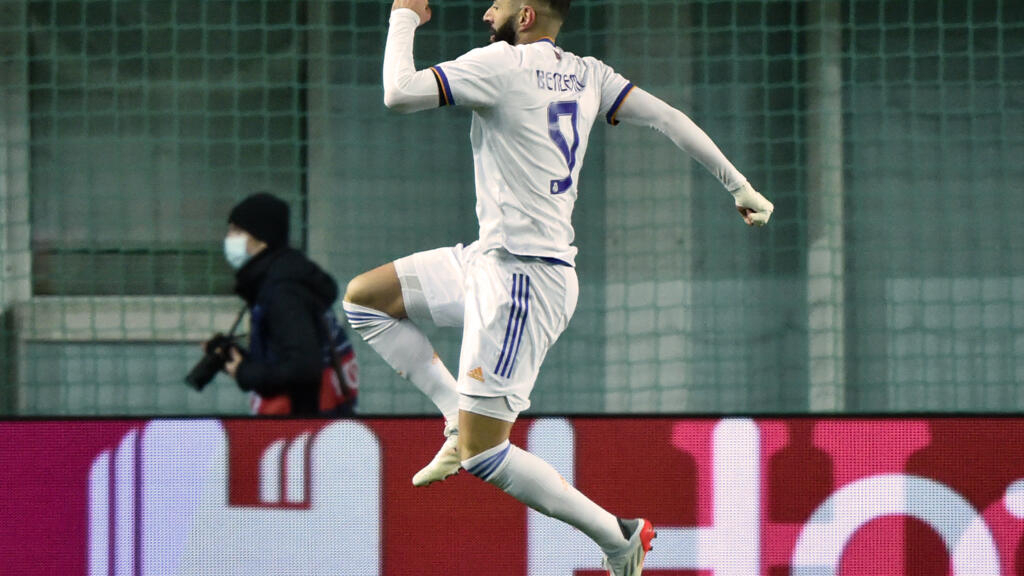 Benzema and Real Madrid defeated Sheriff Tirasol to secure their qualification for the round of 16. A stadium of the competition that Inter Milan will also see again, twelve years after its last qualification.

Manchester City overthrew Paris SG on Wednesday November 24 (2-1) in a Champions League evening where the two opponents secured their place in the eighth, just like Inter Milan, Sporting or Real Madrid of Karim Benzema, scorer despite his legal disputes.

Group A: Paris defeated but qualified with City

For lack of first place, the qualification is there for Paris: dominated and beaten at the Etihad Stadium, the PSG secured a tenth consecutive participation in the eighth of C1 by taking advantage of the defeat, at the same time, of Club Bruges against the RB Leipzig (5-0).

With eight points, the Parisians can no longer be joined by the Germans and the Belgians (4 pts each) … but can no longer join the Mancuniens (12 pts), assured of first place in the group and therefore of a protected draw for the eighth.

At least the Paris ball will be in the hats on December 13, regardless of a last game without a stake on December 7 against Bruges at the Parc des Princes …

But the muddled copy made by Mauricio Pochettino’s team, the focus of the English press because of Manchester United’s supposed interest in the Argentine coach, is not reassuring.

Kylian Mbappé, scorer between the legs of the goalkeeper (50th), believed to achieve the perfect robbery … but Raheem Sterling (63rd) and Gabriel Jesus (77th) materialized the stranglehold of the players of Pep Guardiola, ultradominators throughout the match .

The two teams knew anyway that they were already qualified for the eighth, as Leipzig easily dominated Bruges with in particular a double from the Frenchman Christopher Nkunku (12th, 90th + 3), author of his sixth and seventh goals in this C1.

Group B: Atlético in danger

In the other poster of the evening: Atlético Madrid was surprised at home by AC Milan (1-0) on a goal from Messias Junior at the end of the game (88th).

But Diego Simeone’s team (4 pts) will play very big in a fortnight in Portugal, where they will have to beat the Dragons (5 pts) to see the eighth …

Small event: Borussia Dortmund, still deprived of its injured star Erling Haaland, fell 3-1 at Sporting, in Lisbon, leaving the Portuguese to secure second qualifying place for the eighth, in particular thanks to a double from Pedro Gonçalves (30th, 39th).

This success, acquired in numerical superiority after the exclusion of Emre Can (74th), allows Sporting Portugal to secure the ascendancy in direct confrontations (1-0 defeat in the first leg) and therefore to condemn BVB , quarter-finalist last season, to be transferred to the Europa League …

In the other meeting, without a stake between Ajax Amsterdam already qualified and Besiktas already eliminated (2-1), the insatiable Sébastien Haller struck again: in Istanbul, the Ivorian international striker scored a new double (54th , 69th), his 8th and 9th goals in C1, to join Robert Lewandowski at the top of the scorers ranking for this edition.

And the meeting was also marked by the tenure of Ajax goalkeeper André Onana, back after a one-year suspension for doping.

The big names have enforced the hierarchy in Group D: Real Madrid, striker of the Sheriff (3-0) in Tiraspol, and Inter Milan, victorious of Shakhtar Donetsk (2-0), won the first two places and will compete in two weeks to see who will finish first.

Real side, we expected Karim Benzema, in the viewfinder of public opinion Wednesday after his sentence to one year suspended prison sentence and 75,000 euros fine after being found guilty of complicity in attempted blackmail on his former teammate Mathieu Valbuena.

The French, honored with the captain’s armband of the “White House”, did not seem affected by these setbacks, scoring a splendid goal (55th). He helped ensure the qualification of Real, along with David Alaba (32nd) and Toni Kroos (45th + 1).

In the early evening, Inter Milan had done the job by taming Shakhtar 2-0 on a brace from Bosnian Edin Dzeko (61st, 67th).

One thought on “Champions League: Real, Inter and Sporting qualified for the round of 16”