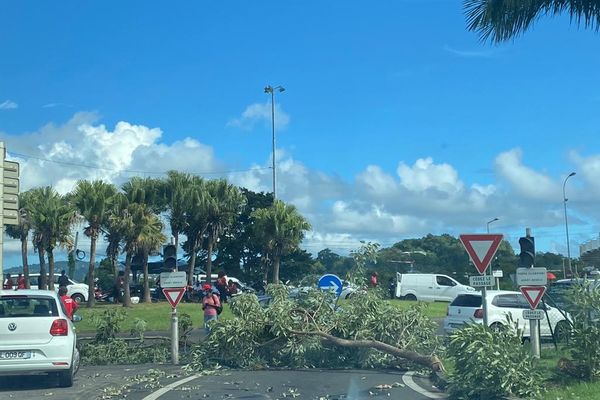 Traffic is difficult in some places on the roads of Martinique this Wednesday, November 24, 2021 because of the roadblocks. Motorists try to make their way through. At sea, the tropical shuttles have a minimum service.

There are more roadblocks this Wednesday, November 24, 2021 on the roads of Martinique. The inter-union which launched the movement advocated this Wednesday, an intensification of the blockades to weigh on the negotiations.

The dams evolve from minute to minute. The blocking points identified are as follows:

In the social context of the moment, the tropical stars who borrow the bay of Fort-de-France directly from the city of Trois-Îlets, provide a minimum service.

The rotations are done every hour.

One of the Vedettes Tropicales at the quay, in Fort-de-France

The last departure from Fort-de-France this Wednesday evening is scheduled for 6 p.m. A coordinated departure for the village, Pointe du Bout, Anse Mitan, Anse à l’Ane.

One thought on “General strike in Martinique: road blockages, minimum service in – Overseas the 1st”