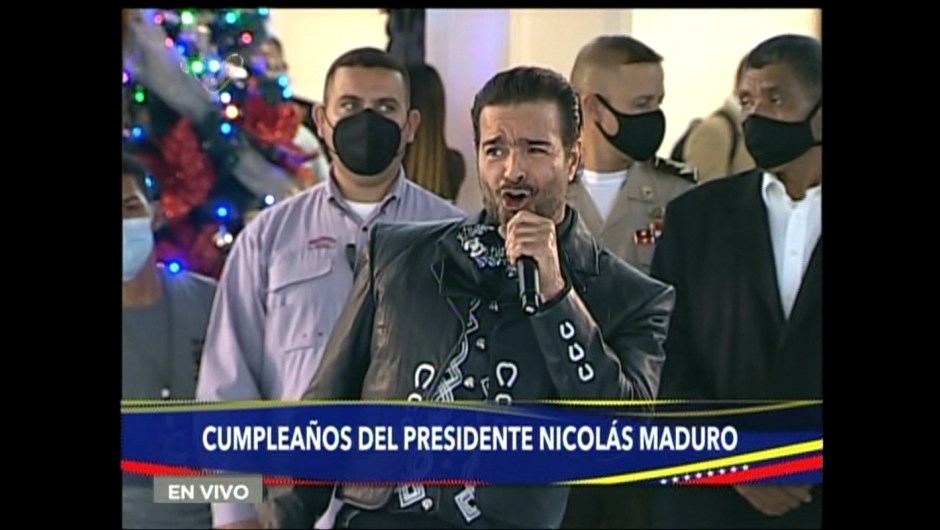 (CNN Spanish) – This Wednesday the criticism of the Mexican singer Pablo Montero continues, who sang to the questioned president of Venezuela, Nicolás Maduro, in the celebration of his birthday.

Several users of social networks spoke out against Montero’s participation in the celebration at the Miraflores Palace, due to the delicate moment that Venezuela is going through.

“Pablo Montero singing to Maduro that in Venezuela he feels like a king, how much will that cost and people eating weevils,” questioned user @ aimeepp2020 on Twitter.

“Singer who takes Maduro to Miraflores, a singer who burns. Today it was Pablo Montero’s turn, ”wrote @mydelcita.

Other users praised his participation. “Wonderful Pablo Montero in the Celebration of the 59th Birthday of the CONSTITUTIONAL PRESIDENT OF THE BOLIVARIAN REPUBLIC OF #VENEZUELA, Nicolás Maduro,” wrote @RicardoEnriqueB.

“How sad to see how many ‘Venezuelans’ enter Pablo Montero’s accounts to say rudeness and any amount of stupidity. Even if I don’t love Maduro, I have to respect an artist who only came to Venezuela to do his job as a singer, “said @ zurdo75.

CNN has reached out to a press representative for Montero and is awaiting a statement.

On Tuesday night, the state television channel VTV broadcast the celebration for the ruler’s 59th birthday.

The Mexican singer expressed gratitude for the hospitality of Venezuelans and gave Maduro a charro hat.

For his part, the Venezuelan ruler thanked Pablo Montero for his visit to the country and the Venezuelan musicians who also participated in the celebration.

“They are 59 years old and here I am standing, strong, and I can say it with humility, victorious,” said Maduro. He also thanked his wife, Cilia Flores, because – according to him – she organized the entire celebration.

In the past, other artists appeared in Miraflores to sing to the president. In 2020 it was the Dominican singer Bonny Cepeda, who had to clarify that he did not get paid after a controversy raised in networks for his comments in this regard. In 2013, the late Mexican singer-songwriter and composer Juan Gabriel performed Las mañanitas for his birthday. Pablo Montero also sang to Hugo Chávez at the tribute for his death in the burning chapel in March 2013.

CNN is contacting the Ministry of Popular Power for Communication and Information of Venezuela (Minci), to find out their reaction to the criticism of the Mexican singer.

Osmary Hernández contributed to this report