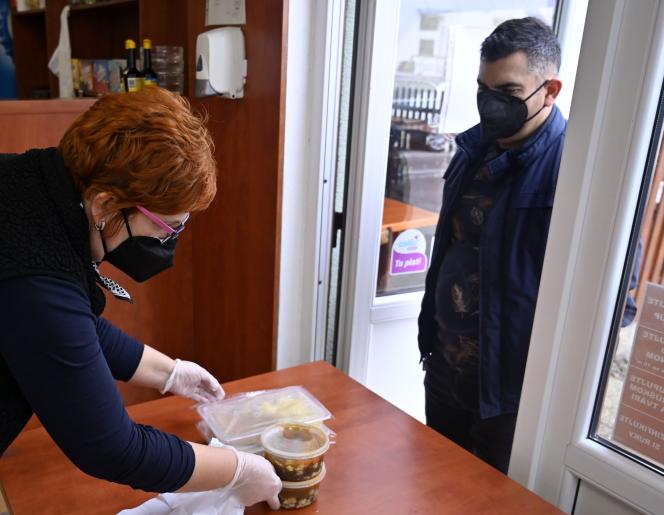 While a new wave of coronavirus contamination sweeps across Europe, Slovakia is the second European country to approve, Wednesday, November 24, a new confinement.

The pandemic linked to Covid-19 has killed at least more than five million people worldwide since the end of 2019, according to a report established by Agence France-Presse (AFP) from official sources, Wednesday, at the mid-day. The United States is the most bereaved country, with more than 770,000 dead, ahead of Brazil (more than 610,000) and India (nearly 470,000).

The World Health Organization (WHO) estimates, taking into account the excess mortality directly and indirectly linked to Covid-19, that the overall toll of the pandemic could however be two to three times higher than that calculated from the figures officials.

In Slovakia, the government approved, on Wednesday, a partial two-week lockdown to cope with the sharp rise in Covid-19 cases, announced the Minister of the Economy, Richard Sulik. After Austria Monday, it is the second country in the European Union to confine its population in the face of a new wave, almost two years after the onset of the pandemic.

The containment measure is accompanied by the closure, from Thursday, of restaurants and non-essential stores. The schools will remain open. “We will do a new assessment in ten days”, the minister told reporters, as Slovakia has one of the highest SARS-CoV-2 contamination rates in the world.

“The government has approved confinement for the next two weeks”, added Sulik. With a few exceptions, residents will only be allowed to leave their homes at night, between 1 and 5 a.m. “Schools will be the last to close. We want them to stay open. We are also in favor of making tests in schools compulsory ”, added Mr. Sulik.

The Dutch government could announce a strengthening of health restrictions on Friday, Health Minister Hugo de Jonge announced on Wednesday. A new wave “Gloomy and disturbing” of Covid-19 cases pushed the executive to bring forward by one week the meeting initially scheduled for December 3, which must adapt health measures to the epidemic resumption, explained the minister to journalists.

This ministerial meeting will be followed by a press conference by Prime Minister Mark Rutte, where the latter will announce the new decisions, added Mr. de Jonge. The Minister of Health, however, refused “To anticipate” the new restrictions, which could include, according to Dutch media, a school closure.

Read also Article reserved for our subscribers In the Netherlands, violent protests for three days against health restrictions

A strengthening of current measures risks igniting an already tense situation in the Netherlands, after four nights under high tension in different cities of the country. Since November 13, health restrictions have already been tightened. In particular, bars, restaurants and essential stores such as supermarkets must close at 8 p.m., and non-essential stores at 6 p.m.

The government has already warned Monday that it is considering measures “Similar to containment” if the current restrictions are not respected. The Netherlands is currently registering more than 23,000 new cases per day. The executive also recently unveiled a bill that provides for prohibiting access to bars, restaurants and other public places to unvaccinated people.

The Delta variant, which is particularly contagious, has reduced the effectiveness of vaccines against the transmission of Covid-19 to 40%, recalled Wednesday the boss of the World Health Organization (WHO), Tedros Adhanom Ghebreyesus. “Vaccines save lives, but they do not completely prevent the transmission of Covid-19”, he explained during a regular press briefing devoted to the pandemic.

“There is data which suggests that before the arrival of the Delta variant, vaccines reduced transmission by about 60%, with Delta this dropped to 40%”, he stressed. “In many countries and communities, we fear that there is this misconception that vaccines have ended the pandemic, and that people who are vaccinated no longer need to take other precautions.”, he added.

Decryption: Article reserved for our subscribers Faced with the Delta variant, the efficacy and limitations of RNA vaccines

The director general of the organization opened his traditional opening remarks on the situation in Europe, hit by a new wave of infections, caused by still insufficient vaccination rates and the relaxation of barriers and restrictions.

“Last week, more than 60% of infections and deaths from Covid worldwide occurred in Europe”, recalled Dr Tedros, adding that “This huge number of cases is reflected in an unbearable burden on health systems and exhausted health workers”. With more than 2.5 million cases and nearly 30,000 deaths recorded in the past week, the Old Continent is by far the region of the world most affected by the pandemic, according to official data, and the trend remains on the rise.

Europe must therefore take “Urgently” measures in the face of this new wave, said an agency of the European Union (EU) on Wednesday, the day aftera warning from the WHO on the risk of another massacre this winter.

On Tuesday, WHO Europe was alarmed by the“Hold” of Covid-19 in Europe, which could kill 700 more on the continent by the spring, in addition to the 1.5 million deaths already counted. The European Center for Disease Prevention and Control (ECDC), the EU’s health agency responsible for epidemics, on Wednesday called for filling the gaps in vaccination.

Europe faces “A very high risk of burden” in December and January “If public health measures are not applied urgently”, warned the ECDC, whose opinions are advisory. The general level of vaccination in the EU, still below 70% of the total population, “Leaves a large vaccine gap that cannot be filled quickly and gives the virus a large space to spread”, emphasizes the agency.

Read also Article reserved for our subscribers Covid-19: Europe has once again become the engine of the pandemic

In the European Union, 67.7% of the population has received two doses of the vaccine but according to figures from Tuesday, only 24.2% of Bulgarians, for example, are vaccinated against 86.7% of Portuguese. “We must urgently concentrate on filling this immunity delay, proposing doses “booster” to all adults and reintroduce non-pharmaceutical measures [restrictions anti-Covid] “, said ECDC director Andrea Ammon.

European Commission President Ursula von der Leyen has echoed ECDC’s recommendation of a booster dose of vaccine for all over 18s, with priority over 40s. “We must increase vaccinations to control the pandemic”, recognized the head of the European executive.

Le Monde with AFP and Reuters