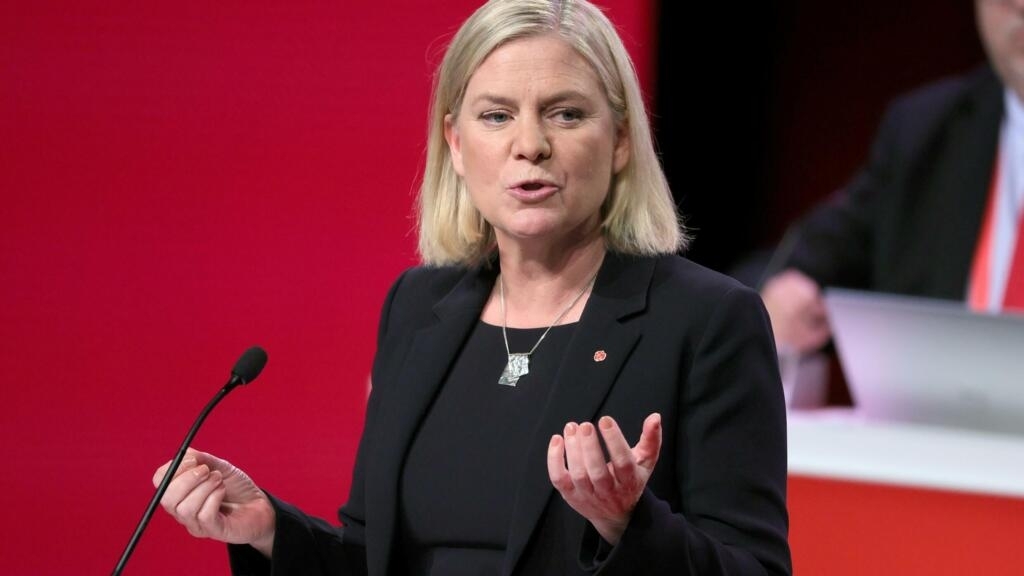 The new Swedish Prime Minister, Magdalena Andersson, was forced to resign, hours after her election by Parliament, following the defeat of her budget and the departure of her environmental allies from the government.

She will have remained in office for less than eight hours … The new Swedish Prime Minister, Magdalena Andersson, was forced to resign, a few hours after her election by Parliament, following the defeat of her budget and the departure of her environmental allies of the government.

“There is a constitutional practice whereby a coalition government resigns when a party leaves it. I do not want to lead a government whose legitimacy is in question,” the Social Democratic leader told a conference. press, where she said she hoped to be re-elected to her post in a subsequent vote, with a 100% social democratic government.

Elected for a few hours the first woman to this post after several days of already delicate negotiations, she was the victim of a painful game of political domino.

Punished by the centrists

On Tuesday evening, this 54-year-old economist, until now Minister of Finance to her predecessor Stefan Löfven, had secured in extremis the support necessary to come to power, thanks to a last-minute agreement with the Left Party to increase small pensions.

But another key party, the Center Party, unhappy with the concessions made to the left wing, withdrew its support for the budget, without blocking its rise to power.

Consequence: the same Parliament which elected her in the morning put her budget in a minority in the afternoon, and adopted that of the right-wing opposition, prepared for the first time with the extreme right of the Democrats of Sweden (SD).

Magdalena Andersson had said she could live with it. But for his environmental ally, the only other party in the minority government coalition, it was unacceptable to govern with a finance law bearing the seal of the far right.

Shortly after the budget defeat, the environmental party therefore announced its departure from the government, forcing Magdalena Andersson to return her barely acquired apron.

House Speaker Andreas Norlén has said he accepts his resignation and will now contact party leaders before deciding how to proceed on Thursday.