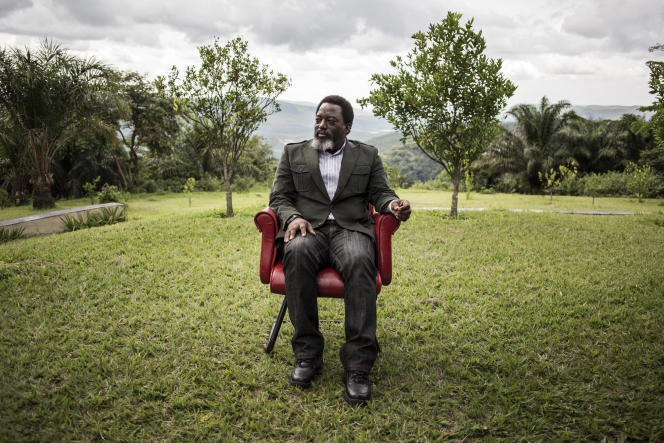 A judicial investigation targeting the clan of the former president of the Democratic Republic of Congo (DRC) Joseph Kabila was opened in Kinshasa after revelations of alleged embezzlement of 138 million dollars (about 123 million euros), we learned Wednesday, November 24 from a judicial source.

In an investigation entitled “Congo Hold-up”, conducted by international media and NGOs and whose publication began on Friday, Mr. Kabila and his family are accused of having “Siphoned off” at least $ 138 million from state coffers. These alleged hijackings took place from 2013 to 2018, according to the authors of this investigation which is causing a stir in the DRC.

Asked by the press, government spokesman Patrick Muyaya said on Monday that “The Minister of Justice wrote to the public prosecutor’s office on November 20” and “Gave an injunction for the purposes of investigation and prosecution”. “We cannot, as a government, remain insensitive to such allegations”, said Mr. Muyaya, who is also Minister of Communication. “There is opening of a judicial investigation” by the prosecution at the Court of Cassation, following the request of the Minister of Justice, confirmed to AFP, on condition of anonymity, a source of this prosecution.

“A front company installed in a garage”

According to the “Congo Hold-up” investigation, the 138 million dollars have been embezzled “With the help of the BGFI RDC bank”, a subsidiary of the banking group BGFI Bank (based in Gabon), in which relatives of Mr. Kabila had interests and responsibilities, “In particular through a front company installed in a garage”.

According to its authors, this investigation is based on 3.5 million confidential bank documents, obtained by the French online investigative media. Mediapart and the NGO Platform for the Protection of Whistleblowers in Africa. These data were analyzed for six months by 19 international media and five NGOs, coordinated by the European Investigative Collaborations (EIC) network.

In a statement, the communication service of former President Kabila described the conclusions of this investigation as “Kabilabashing” and of “Attempt to discredit” of the former head of state. Mr. Kabila led the DRC from January 2001 to January 2019, when the current head of state, Félix Tshisekedi, succeeded him.

So as not to miss any African news, subscribe to the newsletter of World Africa from this link. Every Saturday at 6 a.m., find a week of current events and debates treated by the editorial staff of World Africa.

One thought on ““Congo Hold-up”: opening of a judicial investigation targeting the clan of Joseph Kabila – archyde”