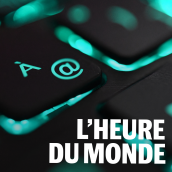 An investigation was opened in early July, after a large-scale hacking targeting a major French law firm, the Paris prosecutor’s office announced, confirming information from Franceinfo. The cabinet was the victim, in May and June, of an attack of the type Ransomware, which crippled its IT infrastructure. After asking the payment of a ransom of 500,000 euros, the pirates offered for sale, on specialized sites, files stolen from the servers of the law firm, which filed a complaint.

Hackers claim to have documents related to the legal proceedings of the terrorist attacks. Charlie hebdo or against Samuel Paty. The law firm, specializing in victim assistance, regularly represents civil parties in large-scale trials.

The group that claimed responsibility for the piracy has also attacked, in recent months, companies in the industrial sector in Europe, administrations, and the Brazilian police. Called “Everest”, the Russian-speaking group uses software with the same name, which seems to be the successor of a previous software called “Everbe”.

The investigation into this piracy and the attempted extortion was entrusted to the Central Office for the Fight against Crime Related to Information and Communication Technologies (OCLCTIC) and to the judicial police of Lyon; a judicial investigation was opened on November 14. A man, who would have presented himself to the law firm as an intermediary able to “negotiate” the amount of the ransom, has, moreover, been indicted and placed under judicial control, confirms a judicial source.

One thought on “Conflans and “Charlie Hebdo” attacks: elements of the investigation files pirated and put on sale – Le Monde”