Problems are increasing for the organizers of the European Handball Championship: The championship in Slovakia is in danger! – Športky.sk 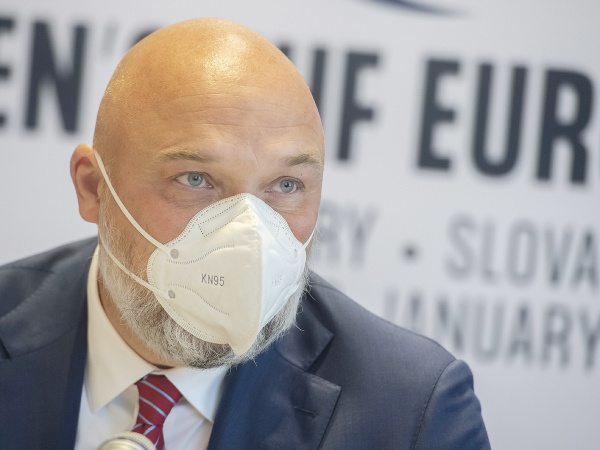 BRATISLAVA – The beginning of next year’s European Handball Championships is relentlessly approaching, but the organizers are facing more problems. The championship, which will take place from 13 to 30 January in Bratislava, Košice and three Hungarian venues – Budapest, Debrecen and Szeged, is in danger in Slovakia. However, the organizing committee is doing everything in its power to make it happen.

The president of the Slovak Handball Association, Jaroslav Holeša, stated at Wednesday’s press conference in Bratislava that the planned lockdown would bring problems, which should be approved by the Slovak government in the coming hours: “Not only Covid is a topic we are dealing with, but also the organization. Lockdown will change the organization of the whole championship. Time is approaching relentlessly, but we believe that the championship will be in conditions that will not deteriorate. We have to wait for the government to decide. “

Ticket pre-sales have started before, but now everything is deadlocked. “So far, we have sold 17,000 seats at the entire European Championships, ie about 15 percent for the whole event, which concerns Slovakia. It is based on an average of 1,500 spectators per match in Bratislava and 700 seats in Košice,” Martin Simonides, Chairman of the Organizing Committee of ME 2022 in Slovakia, told TASR.

In addition to the loss of spectators in the stands, in connection with the measures prior to the spread of the coronavirus, other things also cause the organizers to wrinkle. Some teams that should play in Slovakia are vaccinated with the Sputnik vaccine, which has not yet been officially approved in the European Union.

The same questions, but few answers

“We are doing everything we can to ensure that the European Championships are carried out in the plan we originally wanted. We are waiting for a sports regime to approve. The European Handball Federation is bombing us to give them rules, but I do not know how to give them anything at the moment. to an agreement with the Chief Hygienist of the Slovak Republic to approve the regime. 12 teams will come here, we also need to know what vaccines athletes can accept, “ added Holeša.

The president of SZH admitted that the organizers are currently in the red in terms of budget and believes that the situation will improve. “We don’t have a final agreement from the state. We’ve lost the audience and the profit from the tickets is the income we counted on. Now they’re just questionnaires, but few answers. science, research and sport, but that is not enough. We will not survive without compensation. “

The leadership of the association also wanted to organize the championship in order to popularize handball and attract young people to it. They did not anticipate financial problems, but now they have to deal with them in particular. “We are not preparing for the fact that there will be no European Championships. But we are solving existential problems. While the Hungarians are in a completely different situation. If the championship were to take place only in Hungary, they would be able to do it without any problems. exclude,” declared Holeš.

The organizers also presented a set of medals on Wednesday. A year ago, they announced a tender for their production, the Slovak company Packing Advertising won. “The main motif is a handball ball, which is located in the middle of the medal, otherwise it is interesting because various cuts were used around it. There is a text on its rim. I believe that the public will like it. They were made in the Kremnica State Mint and heavier than standard medals, ” said the head of the company and the author of the visual Peter Packaň.

One thought on “Problems are increasing for the organizers of the European Handball Championship: The championship in Slovakia is in danger! – Športky.sk”