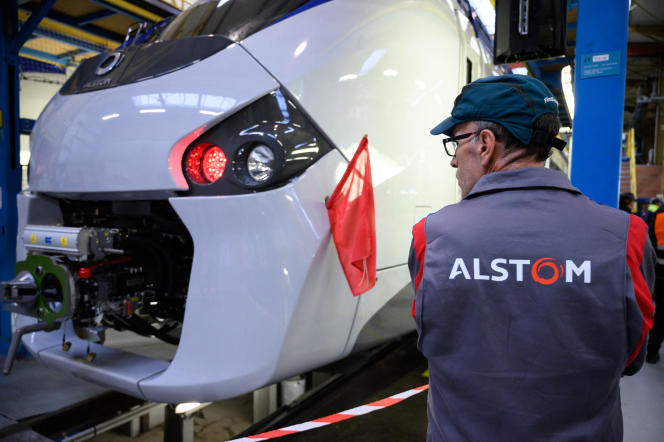 The event constitutes a genuine change in the French railway landscape. The Spanish group CAF will become a major player in the train industry in France, by taking over the Reichshoffen plant (Bas-Rhin) from its current owner Alstom-Bombardier, the two companies jointly announced on Wednesday, November 24.

This sale, which represents the counterpart of the acceptance by the European Commission of the merger of Alstom with the Canadian company Bombardier, effective since early 2021, also includes its multi-purpose Coradia regional train platforms, produced in Reichshoffen, and Talent 3, the latter being currently developed in Hennigsdorf (Germany). The total amount of the transaction was not specified.

The transfer of the Alsatian plant, an industrial tool generating more than 300 million euros in turnover and employing 740 employees, will be effective from the second half of 2022. It will be done without job cuts, CAF ensuring production contracts already in progress on the site, in particular the hydrogen trains acquired by four French regions (Alstom-Bombardier will retain control of the traction system produced at Tarbes), as well as the equipment intended for the Charles-de-Gaulle Express. Only a small train contract for Algeria will remain in Alstom’s bosom. As for the takeover of the Talent 3 platform, it will involve the transfer of intellectual property and 25 out of 100 engineers.

The final designation of CAF was not won in advance, the Spanish having, at first, been rejected because its initial offer did not include Talent 3. A single candidate, Skoda Transportation (no link with the automotive Skoda , a subsidiary of Volkswagen), seemed the favorite, but the exclusive negotiations did not lead to the deadline of July 31, 2021, and an additional period was granted to Alstom by the Commission to find a buyer.

“The best option for employees and customers”

CAF finally won after Skoda’s withdrawal, thanks to a stronger social and industrial record, revealed The echoes, Tuesday 23 November. “It was the best option for employees and customers”, we admit on the side of Alstom-Bombardier. The spokesperson for the CGT / FO / CFE-CGC intersyndicale de Reichshoffen, Daniel Dreger, welcomed “News that reassures employees”, CAF being “Winning a lot of contracts and nibbling away market share (…)”. “They have a heavy workload compared to what Skoda could bring us. In addition, you should know that Alstom will not let us down and will bring us a workload until mid-2026, with regard to studies and industrial production ”, he added.

CAF is a dwarf compared to Alstom-Bombardier, world number two in the train sector and still hegemonic in France

In a way, with this affair, Alstom-Bombardier has dubbed CAF as its main rival on the French market. The latter, headquartered in the Spanish Basque Country, recently won a few contracts in the face of the French giant (RER and Intercités trains for the SNCF) and invested 25 million euros in its historic site of Bagnère-de-Bigorre (Hautes-Pyrénées) to be able to respond industrially.

In this context, Reichshoffen’s gain is undoubtedly a nice trophy for the Iberian group and the president of CAF France, Alain Picard. With its 3 billion turnover and 10 billion contracts, the Spaniard remains a group of modest size compared to Alstom-Bombardier (15 billion turnover, 76 billion contracts), world number two in the train and still hegemonic in France.

However, the acquisition allows it a significant increase of 10% of its turnover. It also provides it with an industrial tool as well as a geographical position allowing it to nurture higher ambitions in France, and a base to attack the German market.