United States: “Anticipated by the markets, the announcement of the use of strategic oil reserves has been spelled out” – Le Monde 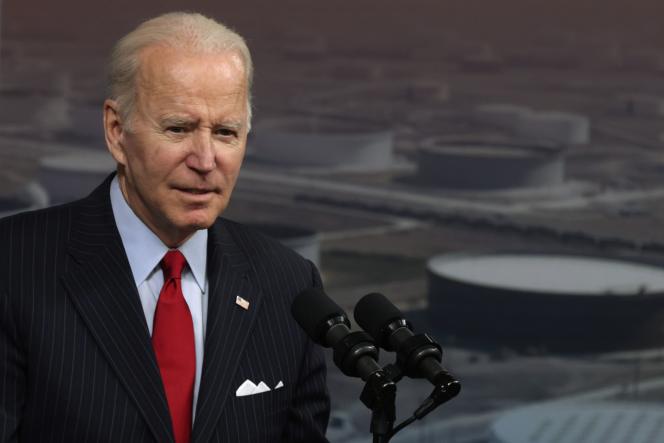 THEThe alliance is unprecedented and appropriate, but it expresses the urgency: Joe Biden announced, Tuesday, November 23, that the United States will draw 50 million barrels of oil from its strategic reserves of 600 million barrels. And they will do it – a first – by coordinating with China, Japan, South Korea, India and the United Kingdom, also mobilized. All these crude-hungry countries are looking to lower prices, which are fueling a worrying return of inflation.

Read also Oil: the United States is drawing on its strategic reserves in an attempt to lower prices

The oil markets had anticipated the announcement and it was pschitt: the price of a barrel of brent for delivery in January even jumped by 3.27% (82.31 dollars, or 73.18 euros) in London, that of the west texas intermediate of 2.22% (78.50 dollars) in New York. In addition, the volume of black gold released is symbolic, even if it is unprecedented. It only represents three days of US consumption and half a day of global demand. As for the Chinese contribution, it will be limited to around ten million barrels and that of India to 5 million.

Mr. Biden’s decision is primarily political. In difficulty in the polls, he wants to show his desire to reduce the price of gasoline, which reached 3.41 dollars per gallon, on the eve of the car transhumance of the Thanksgiving family holiday (November 25). He recently activated another lever by asking the competition authority to investigate ” at once “ on “Increasingly clear signs of harmful consumer behavior by oil and gas companies”, not excluding taking legal action.

An “abuse”, according to the opposition

Energy prices partly explain the return of inflation, the eradication of which is, he says, its “Top priority”. The US president is also sending a strong signal to Saudi Arabia and the Organization of the Petroleum Exporting Countries (OPEC). The latter will meet with Russia on December 2, but the OPEC + cartel (OPEC and ten other producing countries) is not expected to calm the markets by injecting more than 400,000 barrels per day in December, in accordance with to the trajectory defined in July (+ 2 million barrels over the last five months of the year).

Is Mr. Biden making good use of these reserves, created in 1974 after the oil shock that followed the Arab-Israeli war of October 1973? Each country must store the equivalent of ninety days of crude consumption. But tapping into those stocks was originally envisioned as the ultimate response to an embargo or political crisis. They were mobilized during the First Gulf War (1991) and the conflict in Libya (2011), but also after Hurricane Katrina which devastated Louisiana in 2005.

You have 16.85% of this article left to read. The rest is for subscribers only.

One thought on “United States: “Anticipated by the markets, the announcement of the use of strategic oil reserves has been spelled out” – Le Monde”