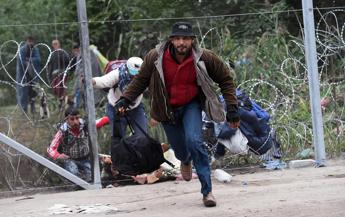 The Ukrainian border guards, together with the armed forces and the National Police, have launched a “special operation” at the Belarus border out of fear that the Minsk regime will create a crisis with migrants on this border as well, as it did with the Polish one. . Airplanes, drones and surveillance systems will also be used “actively”, as well as 8,500 people in uniform, said the deputy commander of the border guards, Vladimir Nikiforenko. The announcement comes precisely at the moment when, with the Moscow forces massed at the border, analysts denounce the possibility that a possible Moscow operation in Ukraine will also affect Belarus. Although Kiev explicitly proposes to “increase the protection and defense of the border to prevent a migratory crisis and counter illegal activities and coordinate the future response to possible complications of the crisis”. Border controls will be intensified. Units of paratroopers will train in the Mykolayiv region, right next to that of Odessa, one of the other points of possible Russian attack. Confirming the escalation of incendiary declarations on both fronts, the Russian Defense Minister, Segei Shoigu, announced that “due to the tense situation, both military and political, in the world and the increasing NATO military activity near the borders Russians it was necessary to develop the Russian military forces qualitatively, therefore to increase their combat capabilities, maintain the combat readiness of the strategic forces and strengthen the tactical forces for deterrence “. Konstantin Gavrilov, head of the Moscow delegation to the Vienna negotiations on military security and arms control, talks about American and Ukrainian maneuvers and provocations in the Black Sea with the aim of dividing Russia from Europe “with a war of small size”, adds Konstantin Gavrilov, head of the Moscow delegation to the Vienna negotiations on military security and arms control.