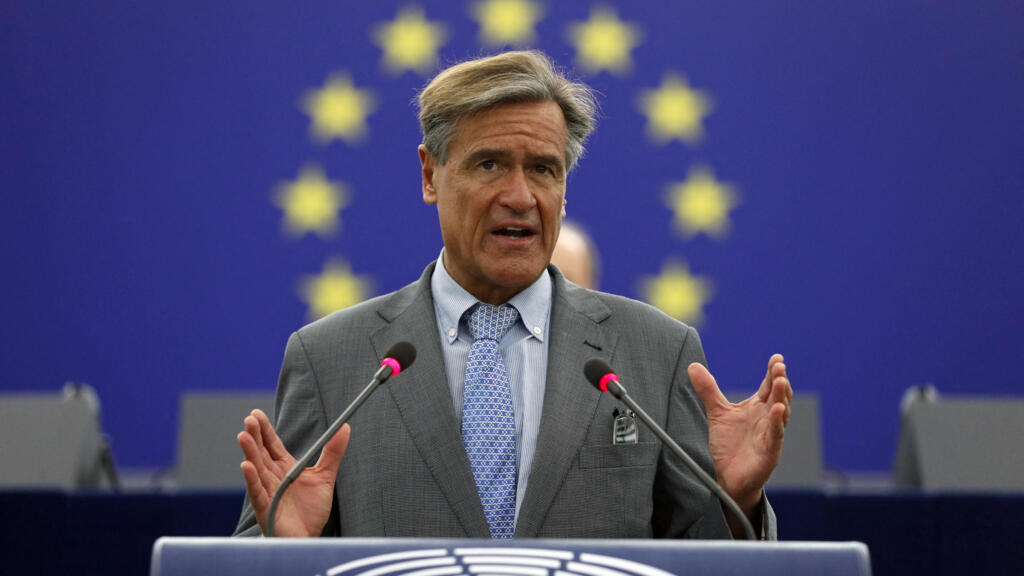 The European Parliament officially approved, on Wednesday, the health pass, which should allow Union citizens to move freely within the block, provided they present proof of vaccination, immunity or a recent negative test. A major challenge while access to vaccines and tests still remains very unequal on the Old Continent.

Freedom of movement regained for European citizens. From July 1, they should be able to travel freely through the block, without restrictive measures, thanks to the EU digital Covid certificate which has just been approved on Wednesday 9 June by MEPs. This free health pass, which is in the form of a QR code, can be obtained by any European resident able to present a recent negative test, proof of vaccination or a certificate of immunity against Covid-19.

Strongly criticized during the pandemic for its inability to federate States behind a common health policy, the European Union is counting on this certificate to succeed in a group exit from the crisis. But if the 27 agree on the importance of relaunching the European economy and accelerating the return to free movement, the text has nevertheless been the subject of difficult arbitration, while great disparities persist in Europe. for access to vaccines and tests.

The EU’s digital Covid certificate aims to enable all European countries to turn the page on Covid-19. But the vaccination race, which began in December 2020, has generated significant differences within the Union. While Hungary and Malta both have more than 40% of fully vaccinated citizens, the average in France, Germany and Italy is around 20%, far ahead of Croatia (14%) and Bulgaria (9%), last of the rank. Faced with these gaps in vaccine policies, and while part of the European population remains hostile to vaccination, the European Union has taken care not to make it a mandatory criterion.

“The European Treaty certainly allows us to put in place binding measures for the whole bloc, but we must respect the sovereignty of States and any discriminatory measure is prohibited”, explains Jeroen Lenaers, MEP, responsible for the file within the European People’s Party (Christian Democrats), contacted by France 24. “With the digital Covid certificate, we wanted to set up an easy and effective tool that encourages vaccination. But we are well aware that citizens do not control the vaccination policy of their country and that it was essential to offer other possibilities ”, underlines the Dutch elected representative.

The big gap in testing

On January 7, 2021, during a press conference, the French Prime Minister, Jean Castex, praised the national health policy: “the tests are completely free in France, for everyone. It is unique in Europe ”. If this exit had then made a number of media react, quick to point out that the region of Bavaria in Germany, Malta or Norway had also put in place similar policies, the strong disparity in access to tests does not remain. less a reality within the Union. Paid in most countries of the bloc, they are sometimes even very expensive, as in Sweden and Finland where you have to pay between 200 and 300 euros to carry out a PCR. “Spending such amounts is unfair, especially for young people who have both less resources and reduced access to the vaccine since they go last,” deplores Jeroen Lenaers. “This situation is also problematic for citizens of border regions, sometimes forced to do several tests per week”.

The European Parliament, as well as several consumer associations, had shown in favor of free tests to avoid discrimination among unvaccinated people. A measure finally rejected after tough negotiations. “Despite our insistence, certain States of the Union like Germany opposed us a categorical no, believing that public money should above all bail out companies, and that the decentralized health system did not allow national measures on this. subject ”, explains Juan Fernando Lopez Aguilar, rapporteur for the text and president of the Civil Liberties Committee, contacted by France 24. In pain, a compromise was finally found for the establishment of a European fund of 100 million. ‘euros aimed at “making testing more accessible”.

Although freedom of movement within the Union constitutes the very objective of the European pass, this question has also given rise to intense debates, with certain States, including Greece, Spain and France, emphasizing emphasis on the resumption of tourism, while others, such as Denmark, Germany or Finland, considered it crucial to retain control of their health policy. Here again, a compromise was found: countries pledged not to impose additional sanitary measures, such as quarantines or new tests, except in “exceptional circumstances”, such as the spread of new variants.

While only vaccines authorized by the European Union are, in theory, accepted for the health certificate, an exception has been made for Hungary which has massively used the Russian vaccine Sputnik V, not yet approved in Europe. If the country is included in the program, the other Member States will nevertheless be able to decide individually whether or not to allow Hungarian travelers who have received this vaccine to enter their soil. Finally, there remains the issue of children, whose systematic vaccination is still debated within the Union, and who must, for the time being, present a negative test or justify immunity following an infection, from the date of six years old.

“We thought of the health pass as an evolving system”, emphasizes Juan Fernando Lopez Aguilar. “It is true that today all European citizens are not in the same boat, but the horizon that we envisage is a generalization of the vaccination process, including adolescents, and the gradual disappearance of the PCR test, restrictive and costly “, details the Spanish MEP.

Supporter of free tests and total freedom of movement, MP Jeroen Lenaers admits having had to agree to a number of compromises. He is nevertheless satisfied with the work accomplished: “We often accuse Europe of inertia, but with the digital Covid certificate, we have taken up the challenge. While the health situation is improving, our tool was developed in record time to coordinate this exit from the crisis at the start of the summer period. It’s a great victory after a chaotic year, ”he says.

Validated by the European Parliament in its final form, the European Union certificate will be officially launched on July 1, for a period of twelve months. A period of transition which should, according to the EU, allow a return to normal life for all the citizens of the bloc.

1 thought on “With its health pass, Europe relies on consensus to emerge from the crisis”