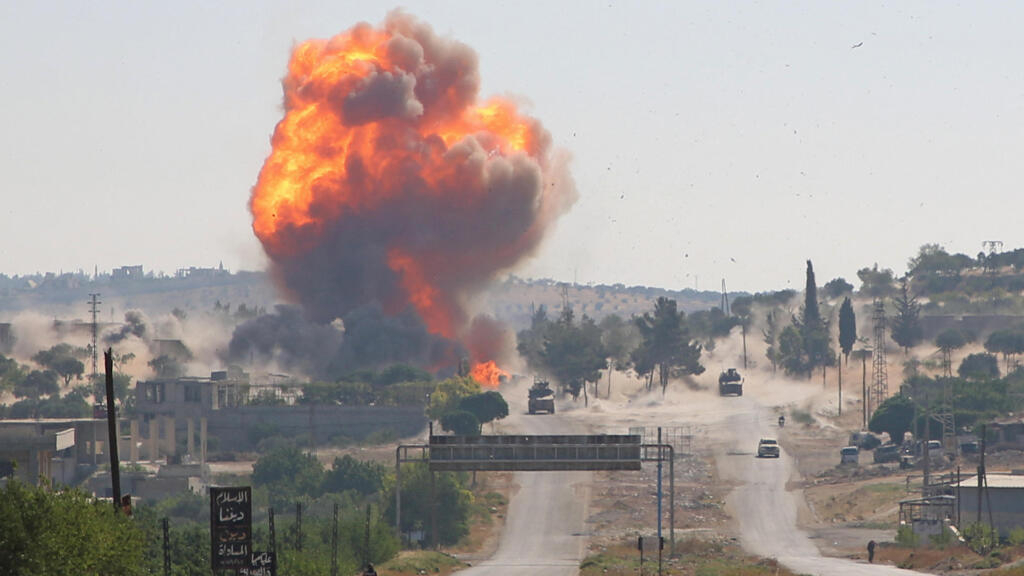 Israel carried out airstrikes on Tuesday evening against Syrian Air Force military positions in the suburbs of Homs, according to OSDH. At least five Syrian soldiers and three Allied fighters have died.

“At least five army soldiers and three allied ‘National Defense’ fighters were killed in Homs” in strikes Tuesday shortly before midnight in several regions, including the suburb of Homs, told AFP the director of OSDH, Rami Abdel Rahmane. “The eight fighters are Syrians”, he added, noting “several wounded”.

The strikes targeted “military positions of the Air Force east of the village of Khirbet al-Tin on the outskirts of Homs,” according to OSDH. They also targeted “an arms depot that would belong to Lebanese Hezbollah” in the same area, according to the NGO.

>> To see: “Raphaël Pitti: the situation in Syria ‘is the shame of Europe and the Western world'”

On Tuesday evening, the Israeli air force carried out strikes in several regions in Syria, Damascus and its surroundings as well as in the provinces of Homs, Hama and Lattakia, according to OSDH.

The official Syrian agency Sana, for its part, reported an “Israeli aggression” in Syria, followed by reprisals from the Syrian air defense. Israeli planes have arrived from “Lebanese airspace,” said Sana, who first reported “explosions in Damascus”. The agency did not report any casualties.

“These are the first Israeli strikes in Syria since the recent war in Gaza” between Israel and the Palestinian group Hamas, Rami Abdel Rahmane told AFP.

The Israeli army, which rarely claims responsibility for strikes in Syria, said it did not comment on “information from abroad.”

Since the start of the war in neighboring Syria in 2011, Israel has carried out hundreds of strikes in Syrian territory, targeting positions of the Assad regime but also those of Iranian forces and the Lebanese Shiite movement Hezbollah, great allies of the Syrian power.

>> To see, our Debate: “Presidential in Syria: by-election … and partial?”

Israel regularly asserts that it will not allow Syria to become the foothold for the forces of the Islamic Republic of Iran, a country enemy of the Hebrew state.

Triggered in March 2011 by the repression of pro-democracy demonstrations, the war in Syria has become more complex over the years with the proliferation of belligerents. It killed nearly 500,000 people, according to OSDH.

Covid: the pandemic “is far from over”, according to the WHO