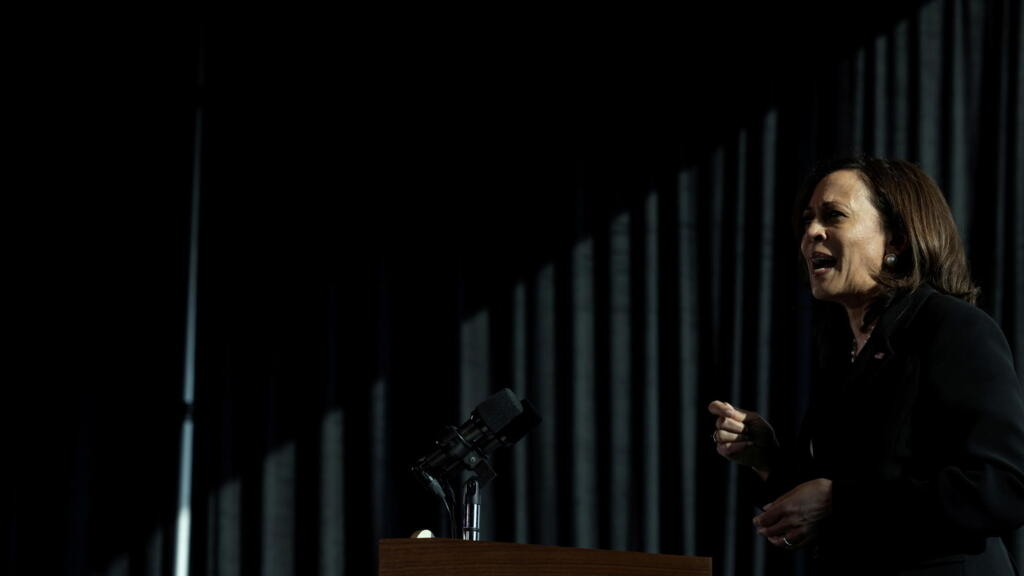 During “frank” discussions with the Mexican president, Andres Manuel Lopez Obrador, the American vice-president said on Tuesday that she wanted to fight the causes of illegal immigration. In this sense, they signed a memorandum of understanding.

After Guatemala, the Vice President of the United States continued her campaign in Mexico to raise the subject of illegal immigration. After having had “frank” and productive discussions with Mexican President Andres Manuel Lopez Obrador on this issue, Kamala Harris called on Tuesday (June 8) to give “priority” to the causes which push thousands of would-be immigrants to United States.

“The United States and Mexico have a long relationship (…) I sincerely believe that we are entering a new era,” Ms. Harris told the Mexican president at a meeting accessed by the press accompanying the vice-president.

Kamala Harris signed a memorandum of understanding with Mr. Lopez Obrador, intended, she said, to “tackle the root causes of migration and help people find hope at home”.

Ms Harris also said she would be going to the border herself on a date that she did not specify, however. She also did not say where she intended to go on the 3,000 km long border between her country and Mexico.

In an interview with NBC on Tuesday, however, Harris admitted that there is no immediate solution to the problem of illegal migration from Central America. “There is not going to be an immediate change. But we are going to see progress,” she said.

Kamala Harris arrived in Mexico on Monday evening from Guatemala, which was the first stop on her first international trip since taking office in January.

This first international tour of the vice-president, in charge of illegal immigration, is part of Democratic President Joe Biden’s promise to adopt a more “humane” migration policy than that of his Republican predecessor Donald Trump.

The number of undocumented migrants arrested at the border between Mexico and the United States reached its highest level in 15 years in April. Among these more than 178,600 migrants, including minors who arrived alone, 82% came from Mexico and the “northern triangle” of Central America – Guatemala, Honduras and El Salvador.

The Mexican leftist president spoke on Twitter of an interview “transcendent, beneficial for our people and very pleasant”.

1 thought on “Mexico: Kamala Harris wants to tackle the causes of illegal immigration”