Euro-2021: the Blues beat Bulgaria thanks to Olivier Giroud 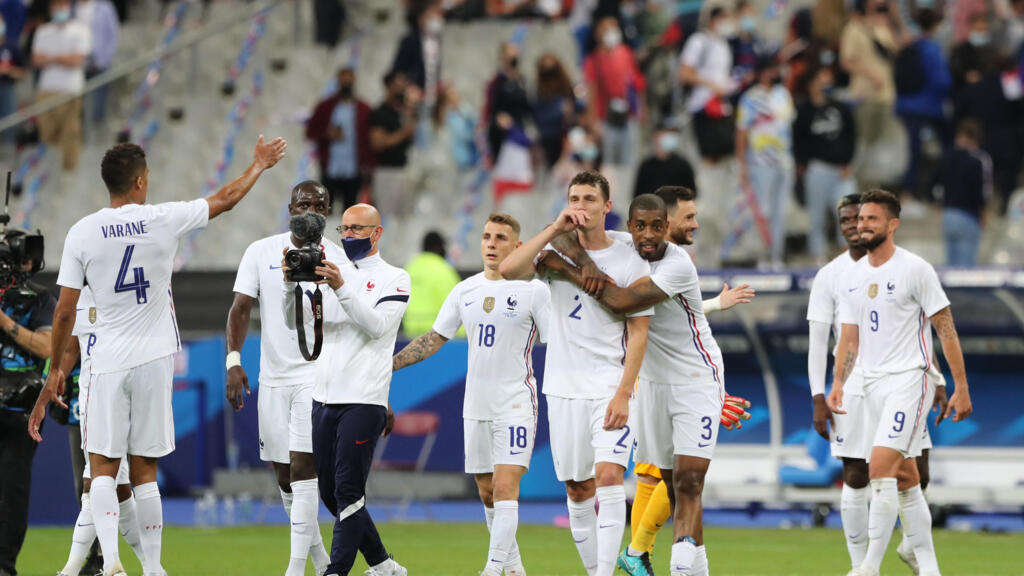 During this friendly match before the European Championship, the French team defeated Bulgaria 3 goals to 0 on Wednesday. A match marked by the exit from injury of Karim Benzema and a brace from Olivier Giroud.

A victory but concern. Seven days to launch its Euro-2021 against Germany, the France team disposed of Bulgaria on Tuesday evening June 8 in Saint-Denis (3-0), thanks to a double from Olivier Giroud.

Karim Benzema’s injury exit still obscures the Euro-2021 front. Barely returned from a five-year and seven-month sideline, the Madrid striker had to leave the Stade de France lawn after 39 minutes of play, hit above the right knee.

“It’s a crutch”, quickly reassured the coach Didier Deschamps, explaining on M6 that his striker had “taken a good hit on the muscle above the knee” and that there was “no risk to take “. Captain Hugo Lloris said he “ran into him in the locker room” and, according to the Niçois “it doesn’t look too bad, in any case we hope so”.

More generally, the evening reminded the Blues that they were not immune to anything. Because for almost two weeks of a joyful preparation in Clairefontaine (Yvelines), the Tricolores seemed impervious to any disappointment, between an ultra-favored status assumed without overconfidence, promising training, a first successful match against the Welsh (3- 0) Wednesday and a smooth reinstatement of Benzema.

This would be forgetting that in these times of pandemic, the sky above the two-star selection can quickly become threatening.

Threatening, Bulgaria was not it, in a Stade de France which exceptionally welcomed 5,000 spectators. The Blues set the tone from the start of the match and settled in the opposing camp. At the half-hour mark, Griezmann opened the scoring thanks to a splendid acrobatic return (29th). Previously, the Blues had not stopped combining, and the association between Benzema and Kylian Mbappé had continued to make good promises, despite some blunders from the Madrilenian.

“We could have scored more goals but we remain on two good performances. Now it’s the competition and it is only this truth that counts”, assured the coach in front of the camera of M6.

The return of N’Golo Kanté, winner of the Champions League, was also to be one of the facts of the evening. The Chelsea player was there.

Mbappé, him, was again the striker the most in legs – but not the most precise, like this strike at the side (66th) – and Giroud, scorer twice in good fox surfaces (83rd, 90th ), do not miss a single opportunity to recall that the N.9 of the Blues is still well flocked behind his back, no offense to his new role of understudy.

“My friends call me the Grenoble phoenix. It’s a compliment that means that whatever the circumstances, I do not let go,” commented the Chelsea striker at the microphone of M6.

France now have their eyes on their first Euro-2021 game against Germany on June 15, before facing Hungary on the 19th and Portugal on the 23rd.

One thought on “Euro-2021: the Blues beat Bulgaria thanks to Olivier Giroud”