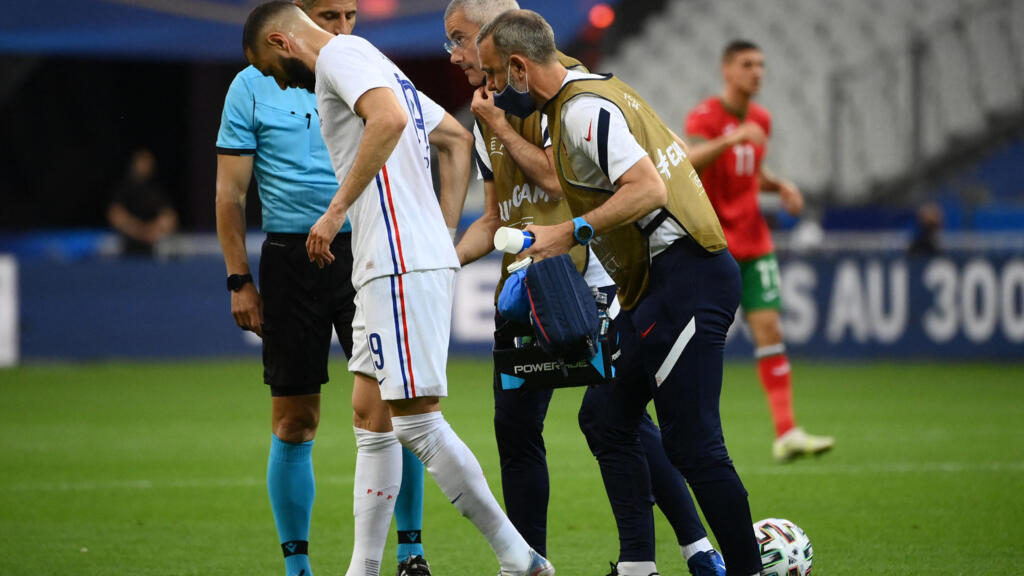 Recalled in the French team for the first time since 2015, Karim Benzema left with injury on Tuesday during the second and last preparatory match for Euro-2021.

The striker of the France team Karim Benzema was injured in the first period of the friendly match against Bulgaria, Tuesday, June 8, in Saint-Denis, one week before the first match of Euro-2021 against Germany , June 15 in Munich.

The Real Madrid center forward, recalled to everyone’s surprise for the Euro (June 11-July 11), was released in the 39th minute with an injury above the right knee. He was replaced almost immediately by Olivier Giroud.

Before his exit, the 33-year-old winced after visibly landing poorly on an attempted header into the Bulgarian area. First strapped, he then demanded a change in the management of the Blues.

He did not join the locker room but took a place in the stands with the substitutes for the France team, after greeting the public who applauded him when leaving the pitch.

1 thought on “France-Bulgaria: Benzema comes out on injury, one week before the first match of Euro-2021”